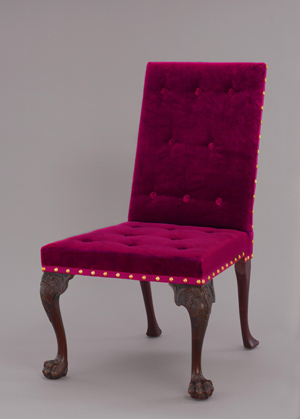 The chairs were probably ordered from England around 1750. Image courtesy Colonial Williamsburg.

WILLIAMSBURG, Va. – The Colonial Williamsburg Foundation has purchased two antique chairs used in the Governor’s Council Chamber of the Capitol prior to the American Revolution. Properly termed “back stools” in the 18th century, the chairs are probably from a set of 12 ordered from England about 1750.

The council consisted of 12 elite Virginians who met in the chamber to advise the governor on matters of concern to the entire colony. Befitting their position in society and government, the counselors were furnished expensive chairs made of highly carved tropical mahogany, upholstered in red silk and adorned with polished brass tacks. In addition to mahogany, the chairs’ construction includes oak, cherry, beech, ash and Scots pine.

The matching armchair for the royal governor has been in the Colonial Williamsburg collection since 1930.

Fiber evidence discovered on the chair frames suggests that the original upholstery was of red silk. The same upholstery and tacking pattern also were used on the royal governor’s armchair along with a silk fringe. Upholstery evidence on the three chairs, including brass tack patterns and nailing patterns for the webbing and textiles, indicates that they were originally upholstered by the same artisan. During conservation, the chair was upholstered nonintrusively in reproduction red silk velvet with brass tacks.

This expensive seating form was rarely seen in Virginia. Only two Virginia families—the Beverleys of Blandfield Plantation and the Byrds of Westover Plantation—are known to have owned sets of imported British back stools in the mid-18th century.

Conservation of one of the chairs is complete, and the chair is on view in the Masterworks Gallery of the DeWitt Wallace Decorative Arts Museum, 326 W. Francis St., Williamsburg. Admission to the museum is by Colonial Williamsburg admission ticket, museums pass or Good Neighbor Card.

Acquisition of the chairs was made possible by funds from the Friends of Colonial Williamsburg Collections and a gift from Robert Iverson of Hinsdale, Ill., through the TIF Foundation in memory of his late wife, Michelle A. Iverson.

The Colonial Williamsburg Foundation operates and maintains the preserved 18th century site as an educational and tourist venue. 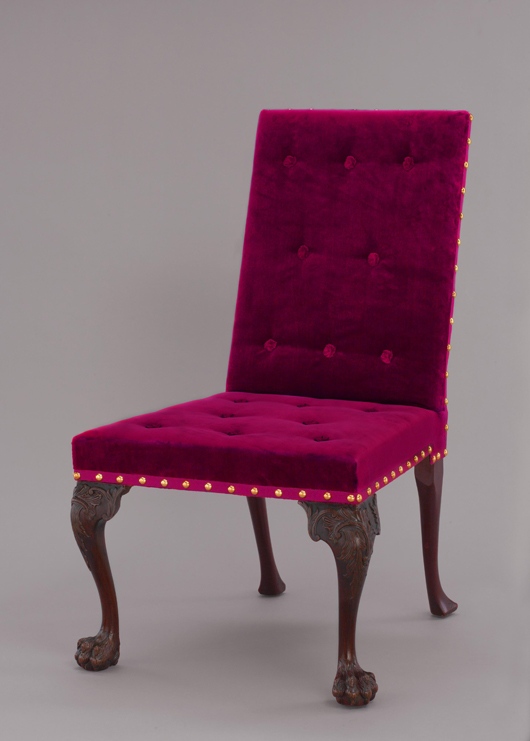 The chairs were probably ordered from England around 1750. Image courtesy Colonial Williamsburg. 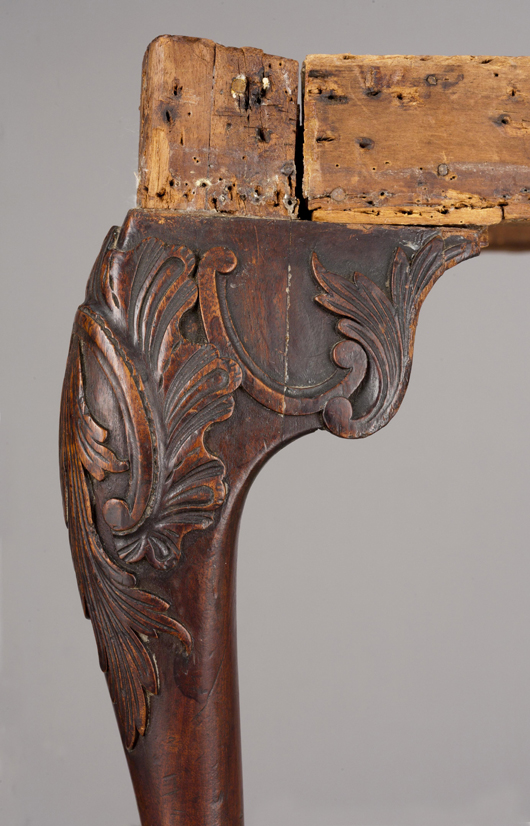 The carved knee of one of the governor’s council chairs. Image courtesy Colonial Williamsburg. 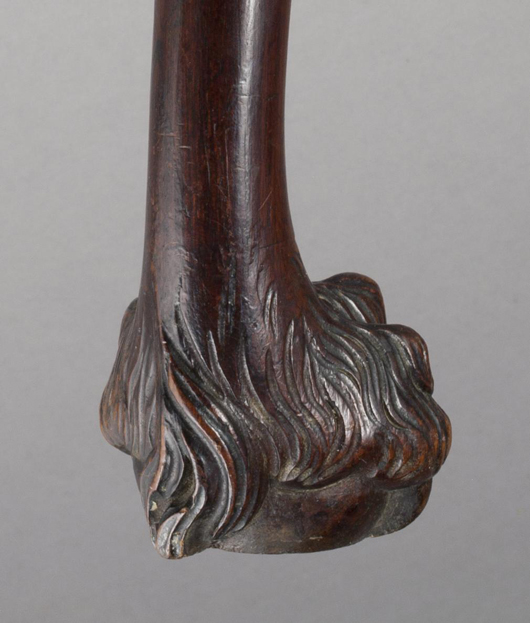 A close-up of the hairy paw foot on the governor’s council chairs.Image courtesy Colonial Williamsburg.