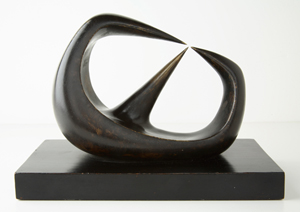 DALLAS (AP) – Artist Jack Zajac said learning earlier this year that his bronze sculpture was among the last works of art ever seen by President John F. Kennedy left him feeling “reverential.”

Zajac’s small sculpture of a bound goat was among a collection of impressive artwork that decorated the president’s Fort Worth hotel suite in hopes of creating something special for the first couple’s overnight stay.

Only hours after checking out from the art-filled room that included pieces by Pablo Picasso and Vincent van Gogh, Kennedy would be assassinated in downtown Dallas.

Almost all of those works have been reunited for an exhibit opening Sunday at the Dallas Museum of Art in commemoration of the 50th anniversary of Kennedy’s assassination.

The exhibit puts a spotlight on the art that the Kennedys woke up to in Suite 850 of the Hotel Texas on the morning of Nov. 22, 1963.

“To realize that this happened certainly stirs something in your heart,” said Zajac, now 83 and the only artist still living whose works were among those on display in the suite.

The exhibit reunites 13 of the 16 works that were placed in Suite 850 for the Kennedys’ stay. The exhibit also includes photos of the suite before and after the artwork was placed there, video footage of the room being prepared for the Kennedys and historical artifacts from the visit, including a sign welcoming the Kennedys to Texas.

The exhibit, “Hotel Texas: An Art Exhibition for the President and Mrs. John F. Kennedy” will run at the Dallas Museum of Art through Sept. 15. It will move to the Amon Carter Museum of American Art in Fort Worth from Oct. 12 through Jan. 12, 2014.

Olivier Meslay, associate director of curatorial affairs at the museum and the exhibit’s curator, said organizers didn’t recreate the hotel suite itself because he didn’t want to distract visitors from the art.

Meslay said the works range from the edgy—like the abstract expressionist oil on paper Study for Accent Grave by Franz Kline from 1954—to more traditional pieces, including Thomas Eakins’ oil painting titled Swimming from 1885, which features a group of young men enjoying a day of swimming and sun.

The works gathered for Suite 850 came from local museums and private collections. A photograph from 1963 featured in the current exhibit shows a bronze sculpture by Picasso titled Angry Owl being transported by one of the organizers, Ruth Carter Stevenson, from the home of a collector to the hotel suite. The sculpture is shown in the front seat of her car, fastened in with a seatbelt.

Stevenson, who died earlier this year at the age of 89, was the daughter of legendary Texas newspaper publisher and philanthropist Amon G. Carter, whose will established the Amon Carter Museum. On the morning of Nov. 22, 1963, she’s the one who got a call from the Kennedys telling her how much they’d enjoyed the art.

The Kennedys had left Washington on Nov. 21 for a two-day, five-city tour of Texas. They went to San Antonio and Houston before ending the day in Fort Worth, where they arrived so late they didn’t notice the significant artwork in their suite until the morning.

Zajac’s piece, Small Bound Goat from 1962, was displayed on a shelf near the Henry Moore sculpture Three Points in the suite. Zajac’s piece, at the time part of Stevenson’s private collection, is now in the Amon Carter Museum.

Zajac, awarded the American Academy’s prestigious Rome Prize fellowship in 1954, was living in Rome when Kennedy was assassinated and remembers the shock that spread through the city upon hearing the news.

Zajac spent about 20 years living in Italy before returning to teach at the University of California at Santa Cruz. Now retired from teaching, he still lives and works in Santa Cruz. 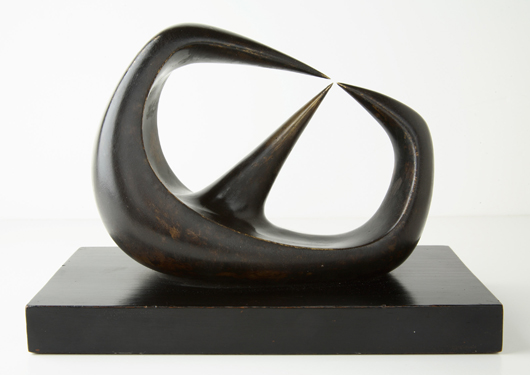 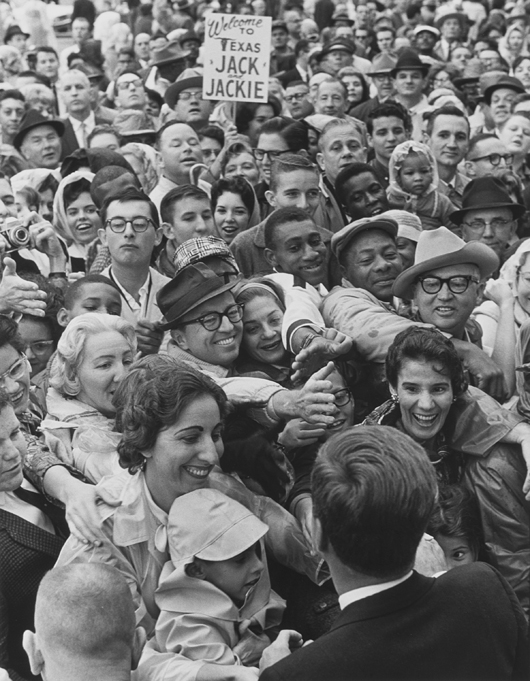 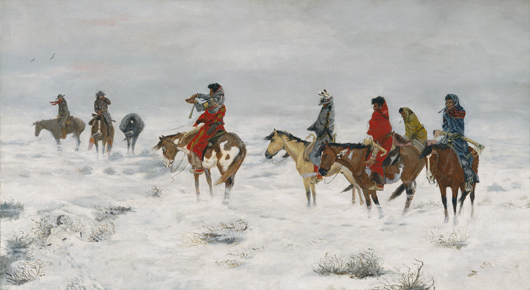 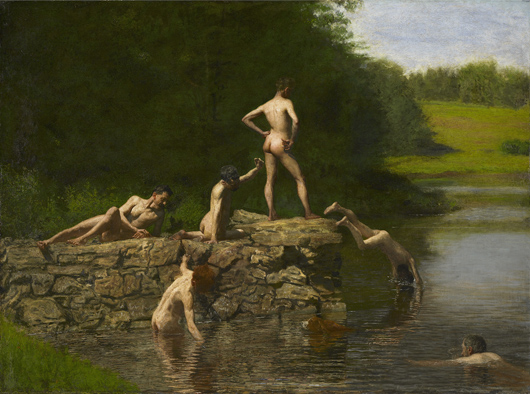