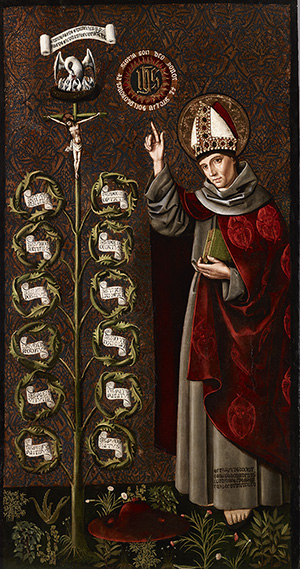 DALLAS – A rare example of early Renaissance Spanish painting, St. Bonaventure with the Tree of Life, has been restored in the Dallas Museum of Art’s Paintings Conservation Studio and is now on view in the museum’s European galleries. The picture is part of the museum’s conservation program to collaborate with private collectors on the study and care of their collections, and then present the works in the DMA galleries for public viewing.

St. Bonaventure (1221–1274) was a Franciscan friar and one of the most important Catholic philosophers of the late Middle Ages. In this painting, he is shown next to a “Tree of Life,” a diagram that was meant to serve as a visual aid, helping the faithful remember twelve spiritual lessons of the life of Christ. Bonaventure invited his readers to “picture in your imagination a tree. Suppose next that from the trunk of this tree there spring forth twelve branches, adorned with leaves, flowers, and fruits. … Let there be twelve fruits, endowed with all delights and conforming to every taste, offered to God’s servants as a food they may eat forever, being fed but never sated.” These “fruits” are the twelve small scrolls with Latin inscriptions that proclaim the mysteries of the life of Christ.

This large and remarkably well preserved panel was painted by an unknown artist in the vicinity of Burgos, an important center of Franciscan activity in Castille. The background was meant to resemble precious gold leaf, but, as was discovered during the conservation treatment, the artist obtained the effect more cheaply through the use of silver leaf, covered with a thin yellow glaze to resemble gold and then decorated with a tracery pattern. Real gold leaf was used only in a few important areas such as the haloes of Bonaventure and the crucified Christ. Silver leaf was also used under the translucent red glaze of the saint’s cloak to give it the sheen of silk, and a more opaque red paint was used to describe the winged seraphim (St. Bonaventure was known as the “Seraphic Doctor”) embroidered on its surface.

“Conservation loans are a significant part of our efforts to expand the DMA’s in-house conservation program,” said Mark Leonard, chief conservator at the DMA. “In many instances, these types of partnerships result in the opportunity to exhibit the works on public view for a period of time after completion of the conservation treatment. We are extremely grateful and excited by this opportunity.”

The Paintings Conservation Studio at the Dallas Museum of Art opened in 2013 as part of the museum’s initiative to establish a more comprehensive in-house conservation program. The studio features state-of-the-art technology—including a digital X-ray system—and serves as a center for study and treatment of works of art as well as research into cutting-edge conservation methodologies. An adjoining gallery regularly rotates works of art, providing a space for visitors to explore the conservation process in greater detail through visual representations. 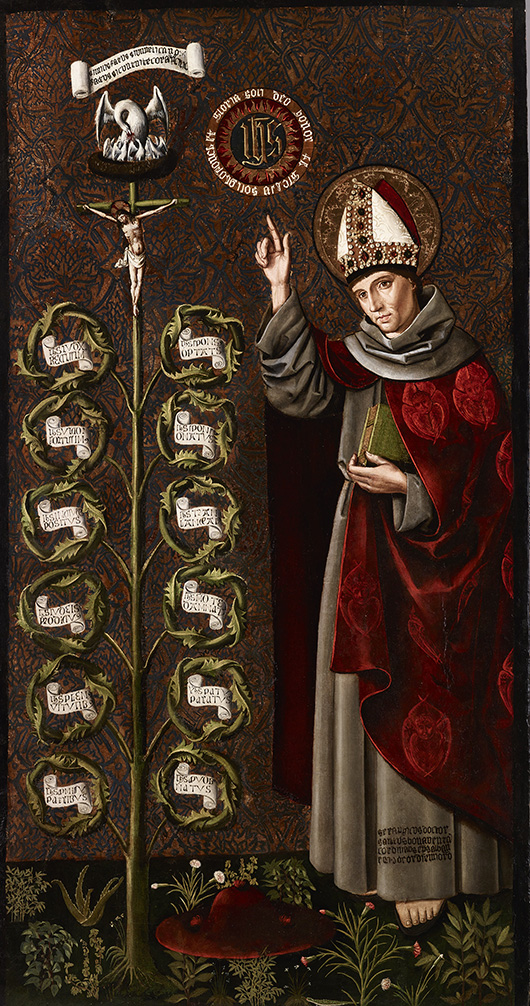