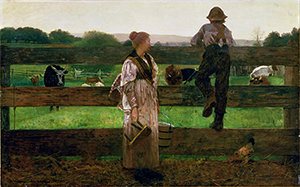 WILMINGTON, Del. (AP) – One of the Delaware Art Museum’s most treasured works has been taken off the museum’s collections database as the museum prepares to sell artworks to repay debt and replenish its endowment.

The News Journal reported Saturday that Winslow Homer’s painting Milking Time disappeared from the museum’s collections database. But museum officials won’t confirm whether the 1875 painting is among the works to be sold.

Museum and art experts said the change likely signals the painting of rural America will be sold. On Saturday, the painting of a milkmaid and child looking at cows was no longer hanging in the museum.

Board members have said they won’t release the names of works to be sold because it could lower their value on the market. Museum CEO Mike Miller would not explain why Homer’s painting was removed.

“You can make your own speculations,” he said.

The museum has said it’s planning to sell as many as four artworks by October to repay nearly $20 million in debt from a 2005 expansion. Museum leaders said the only other alternative was to shut down.

The Association of Art Museum Directors has strongly opposed the museum board’s decision to sell artworks. The move violates national museum standards and the Delaware museum’s own collections policy. It could result in sanctions or a possible loss of the museum’s accreditation.

Milking Time was purchased in 1967 using a bank loan and donations from the group Friends of Art, Miller said. Art experts said it’s a “landmark painting” for Homer and that it is extremely rare for a Homer piece of that quality to leave a museum.

Danielle Rice, the museum’s former executive director, said that shortly after she began leading the museum in 2005, trustees began pressuring her to sell art to pay off construction debt. Rice said she threatened to resign and urged trustees to pursue alternatives.

“You just basically keep knocking on doors,” she said. “You can always get a mortgage.”

The state has declined to intervene to stop the art sale or provide funding to the museum. At least one trustee has met with Gov. Jack Markell to discuss a state takeover of the museum, Miller said. But Markell said budgetary constraints wouldn’t allow state assistance.

Jeffrey Fuller, a Philadelphia-based art appraiser, said he encouraged the Delaware museum to sell lesser works that are kept in storage, rather than the most valuable pieces.

Information from: The News Journal of Wilmington, Del., http://www.delawareonline.com 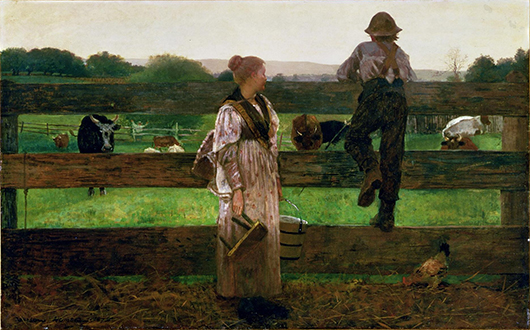