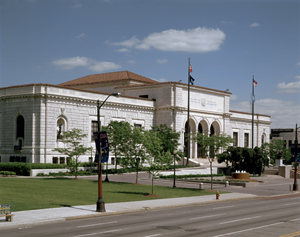 DETROIT (AP) – A judge in Detroit’s bankruptcy refused to grant hands-on access to a valuable trove of art Thursday, telling creditors who face steep losses in the case that they can visit a city museum and browse the walls like any other patron.

Bond insurers have pointed to the art as a possible billion-dollar source of cash in the bankruptcy. But the city is firmly opposed to any sale and instead is banking on a separate, unique deal that would protect the art forever and soften pension cuts for thousands of retirees.

Attorneys for Syncora Guarantee and Financial Guaranty Insurance said potential buyers should be allowed to look at certain pieces at the Detroit Institute of Arts, even remove them from the walls and examine the backs.

“The record fails to justify this extraordinary relief,” Judge Steven Rhodes said after hearing arguments for more than an hour.

He said creditors don’t deserve special treatment and instead can go to the museum and look at the art “like everyone else.”

Art has been a hot issue in the bankruptcy because many creditors believe pieces could be sold to pay debts. City-owned art has been valued at $450 million to $870 million, but some Wall Street creditors say that’s way too low.

A so-called grand bargain favored by Detroit, wrapping in illustrious art and city retiree pensions, involves $816 million from foundations, philanthropists, the museum and the state of Michigan. The state’s part, a $194.8 million lump sum, remains unsettled in the Capitol.

The money would be exclusively earmarked for pensions.

“To us, the grand bargain is not grand. It’s more grandiose than grand,” said Marc Kieselstein, an attorney for New York-based Syncora, which could lose hundreds of millions of dollars in the bankruptcy.

He acknowledged the art is a “glittering link to the glory days of Detroit.”

“But in bankruptcy, some of those rarified things, those edifying things, have to yield to things more base. Perhaps people would say more grubby” – such as creditor losses, Kieselstein said.

The creditors said they’ve found buyers willing to pay more than $1 billion for parts or all of the collection; one wants all Chinese art.

But under Detroit’s bankruptcy exit plan, the museum would take control of thousands of pieces of city-owned art already there. The DIA, as it is known, has promised to raise $100 million of the $816 million pledged to ease cuts for retirees whose pensions are being reduced.

Rhodes, who will approve or reject the city’s entire bankruptcy strategy later this year, has repeatedly signaled that one-time asset sales probably are not a good idea. He said the art would not have been available to creditors if Detroit had chosen to skip bills and fix its finances outside of bankruptcy.

In a statement, Financial Guaranty suggested the fight over art isn’t over.

“We maintain that the drastically undervalued DIA settlement under the ‘grand bargain’ places politics over the financial and legal realities of the situation and will almost certainly result in drawn-out litigation that no one wants,” the company said. 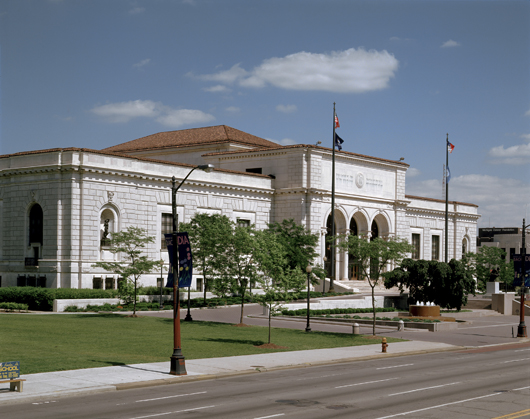