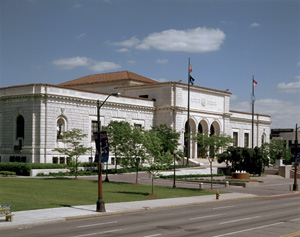 The DIA is housed in this 1927 Beaux-Arts building by Paul Cret. Image courtesy of the Detroit Institute of Arts.

DETROIT (AP) – The Detroit Institute of Arts announced Wednesday that it is naming a gallery of contemporary African-American art after a pioneering General Motors executive and his wife who made a large donation to the museum.

The newly named Maureen and Roy S. Roberts gallery honors the generosity of the health care professional and retired GM group vice president, respectively, who are longtime philanthropists in the areas of the arts, culture and education.

“Maureen and I have always loved the arts and realize the cultural importance of museums like the DIA, both to our community and for future generations,” Roy Roberts said. “We leave this legacy with our children, to whom we’ve instilled the values of education, working hard and giving back. We are happy to celebrate this milestone with them.”

The Roberts gallery is one in a suite that chronicles the development of modern and contemporary African-American art. It features works by such artists as Benny Andrews, Elizabeth Catlett, Alvin Loving, Joyce Scott and Charles McGee.

The curatorial department, called the General Motors Center for African American art, was established in 2000.

The Robertses were major contributors to the Charles H. Wright Museum of African American History when that Detroit museum was fighting for its survival and also have given to the United Negro College Fund, the NAACP, Urban League and Western Michigan University, among many others.

Well before he was a name in the world of philanthropy, Roy Roberts was a trailblazer in the automotive world.

In 1983, the DIA said he became the first African-American plant manager of GM’s assembly facility in North Tarrytown, N.Y., and was the first African-American vice president and corporate officer in charge of personnel administration and development; general manager of field sales, service and parts; and group vice president of North American vehicle sales, service and marketing.

Maureen Roberts was supervisor of health education and health services for the Grand Rapids Public School District and was a coordinator in the corneal transplant program for the Michigan Eye Bank.

“We are delighted to name a gallery after Maureen and Roy, whose generous gift will help us continue to provide our community with imaginative, high-quality programs and exhibitions,” DIA director Graham W.J. Beal said.

The Detroit Institute of Arts is home to more than 60,000 works from ancient times through present day, and its best-known holdings include Vincent van Gogh’s “Self-Portrait” and Diego Rivera’s Detroit Industry murals. 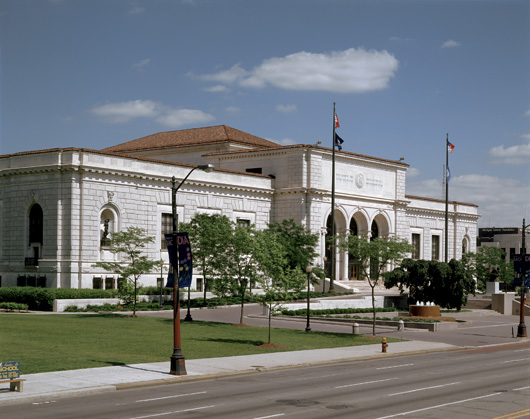 The DIA is housed in this 1927 Beaux-Arts building by Paul Cret. Image courtesy of the Detroit Institute of Arts. 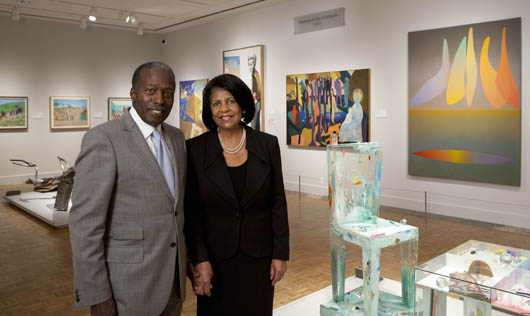 Roy and Maureen Roberts have been honored by the DIA with a gallery named after them. Image courtesy of Detroit Institute of Arts.