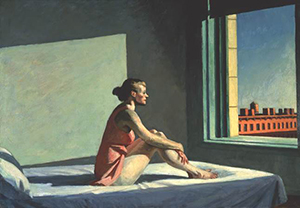 DALLAS – The Dallas Museum of Art presents “Hopper Drawing: A Painter’s Process, “the first major museum exhibition to focus on the drawings and working process of American artist Edward Hopper.

“Hopper Drawing” features more than 200 works by the artist, including drawings, watercolors, prints and paintings. The exhibition, on view at the DMA Nov. 17 through Feb. 16, is drawn primarily from the Whitney Museum of American Art’s unparalleled holdings of the artist’s work and brings together paintings with suites of related drawings, in some cases for the first time.

The touring exhibition, organized by the Whitney Museum, premiered in May to critical acclaim. “The first show to focus on the artist’s drawings as keys to his process, it offers an intimate view of Hopper at work that makes us see this doyen of American painters freshly—no small achievement,” praised the Wall Street Journal. “One of the best Hopper shows ever…. See [him] in motion as never before,” maintained the New York Times.

“Hopper Drawing: A Painter’s Process” reveals a side of the celebrated American artist to audiences that may not be familiar with his draftsmanship,” said Maxwell L. Anderson, director of the Dallas Museum of Art. “Through this presentation, we are able to better understand the gestation of Hopper’s ideas and the transformations they underwent from paper to canvas.”

The exhibition highlights Hopper’s process and the way in which the artist transformed ordinary subjects, from an open road or a bedroom, into extraordinary images. Hopper Drawing is based on the research on more than 2,500 works on paper by Hopper in the Whitney collection. These pieces trace the artist’s process of observation, reflection, and invention that was central to the development of his poetic and famously uncanny paintings. The works on view will span the artist’s career, from early drawing exercises of his student days to his later paintings, and are concentrated on mid-century works on paper related to his best-known oil paintings. The exhibition is organized into sections to address specific themes, series, and pairs of works. Hopper developed themes in pairs or serially over decades, and understanding these continuities is crucial to enlightening us about Hopper’s approach to the problem of making art.

“This exhibition offers visitors the rare gift—the intimate experience, actually—of witnessing Hopper’s mind at work. It also pierces our assumptions about the seamlessness of his finished works,” said Sue Canterbury, associate curator of American Art. “The drawings reveal the intense process behind the evolution of key concepts between his initial impressions and the finished canvas.”

Hopper’s education as an artist was fairly traditional, with intensive early training in drawing, particularly drawing the nude human figure. This included life drawing classes at the New York School of Art, where he studied from 1900 to 1906 with artist Robert Henri. Early and formative travels to Paris and Europe between 1906 and 1910 produced an important body of work; the exhibition will include recently identified pages from his Paris sketchbooks, featuring lively and acute observations of street life and café culture. Later, in the 1920s, Hopper continued to hone his life-drawing skills at the Whitney Studio Club (the precursor to the Whitney Museum of American Art), near his Greenwich Village studio. These skills served Hopper throughout his career, especially after the early 1930s, when he shifted from painting directly from nature to improvised subjects, deepening his drawing practice as he imagined ideas for his oils.

“Hopper Drawing: A Painter’s Process” requires a special exhibition ticket of $16 for adults, with discounts for students, military personnel, and seniors; DMA Partners and children 11 and under are free.

Visitors will be able to explore the exhibition with a smartphone tour featuring an audio tour highlighting twenty works, led by the exhibition curator, Carter E. Foster, the Steven and Ann Ames Curator of Drawing at the Whitney. DMA Friends will be able to earn the Hopper Drawing Special Exhibition Badge while the show is on view. For more information on the DMA Friends program, visit DMA.org/friends.

For dates, prices and details of additional programs associated with the exhibition visit http://www.DMA.org.

The exhibition is accompanied by a 272-page full-color scholarly publication, written by Carter E. Foster, with contributions by Daniel S. Palmer, Nicholas Robbins, Kimia Shahi, and Mark W. Turner, and published by the Whitney Museum of American Art and distributed by Yale University Press. 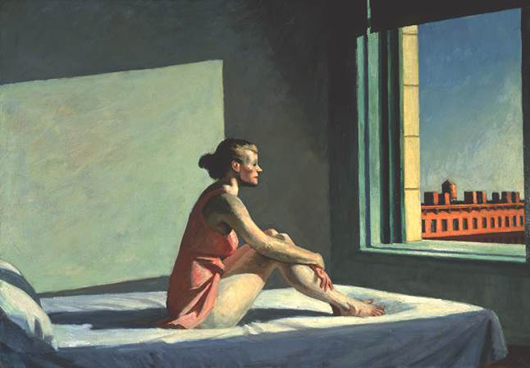 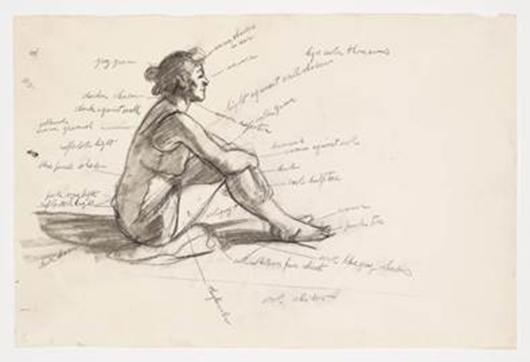