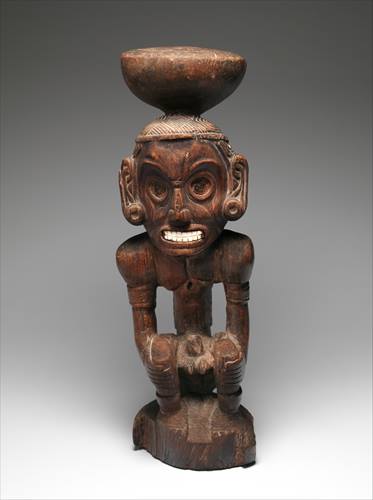 NEW YORK – A special exhibition highlighting the artistic achievements of early Caribbean civilizations will go on view at The Metropolitan Museum of Art beginning December 16, 2019. Showcasing more than 40 works drawn primarily from The Met collection and augmented by select loans from public and private collections in the United States, Arte del mar: Artistic Exchange in the Caribbean will present a stunning narrative of creativity from the ancestral cultures that encircled the Caribbean Sea in the millennia before European colonization.

The exhibition will be the first to focus on the artistic exchange that took place among the Taíno civilizations of the Greater Antilles (present-day Cuba, Jamaica, Hispaniola, and Puerto Rico) and the coastal societies in countries such as Colombia, Panama, Costa Rica, and Honduras before the 16th century. Highlights will include rarely seen sculptures created in ancient Puerto Rico. The exhibition is made possible by the Friends of Africa, Oceania, and the Americas: Art of Five Continents.

“Early Caribbean civilizations developed a rich cultural legacy that was fueled by the interplay of ideas and influences across the region,” said Max Hollein, the Director of The Met. “This exhibition celebrates the artistic traditions of these ancestral communities while honoring the enduring power of the objects.”

Organized into three primary sections focused on ritual knowledge, ceremonial performance, and political power, Arte del mar (art of/from the sea) will highlight the sculptural achievements of the diverse island societies known today as the Taínos. Featured works on view include four rare wooden sculptures, such as the 10th- to 11th-century Deity Figure (Zemí) from The Met collection, a masterpiece that intertwines spirituality, ceremony, and politics. Another spectacular wooden figure from the 14th century, on loan from the Saint Louis Art Museum, illustrates how special trees inspired sculptors to reveal specific deity or ancestor forms in collaboration with leaders and ritual specialists. An exceptional group of three-pointed stones (trigonolitos), on loan from the Smithsonian Institution, National Museum of Natural History, highlights the extraordinary range of materials and imagery used by Taino sculptors to create spiritually charged ritual objects.

Alongside works of art created by their better-known Taíno peers, the exhibition will present objects created by the artists of the Tairona in northern Colombia, the diverse kingdoms in the Isthmus of Panama and Costa Rica, and the networks of sculptor communities in the Ulúa Valley, Honduras. Objects created from luxury materials including greenstone, shell, gold, and marble will underscore the range of trade connections between Caribbean peoples. In a fourth section, the exhibition will explore the ancestral legacies into the 20th century and today by incorporating Rumblings of the Earth (Rumor de la tierra), 1950, by painter Wifredo Lam (Cuban, 1902–1982), on loan from the Solomon R. Guggenheim Museum.

In conjunction with the exhibition, the Museum will offer a variety of educational programs in 2020, including an Artists on Artworks event, a lecture, Conversations With a Curator (bilingual in English and Spanish), Teen Career Lab, and a Family Afternoon (for families with children ages 3–11).

These programs are made possible by The Reed Foundation.
Arte del mar: Artistic Exchange in the Caribbean—part of a slate of special exhibitions on view for the Museum’s 150th anniversary year—is accompanied by a Met Bulletin, which will present new archaeological and art historical research from international scholars of the region.

The Met’s quarterly Bulletin program is supported in part by the Lila Acheson Wallace Fund for The Metropolitan Museum of Art, established by the cofounder of Reader’s Digest.

The exhibition is organized by James Doyle, Assistant Curator for the Art of the Ancient Americas in the Department of the Arts of Africa, Oceania, and the Americas.

This exhibition will open just ahead of the renovation and re-imagination of The Met’s Michael C. Rockefeller Wing, the 40,000 square feet of galleries devoted to the Arts of Africa, Oceania, and the Americas.

The exhibition labels will be available in Spanish online. 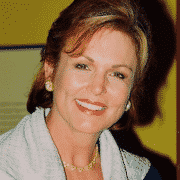 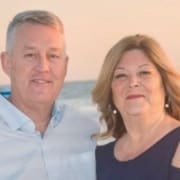 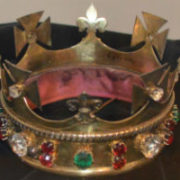 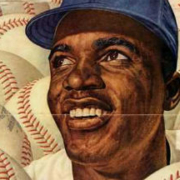