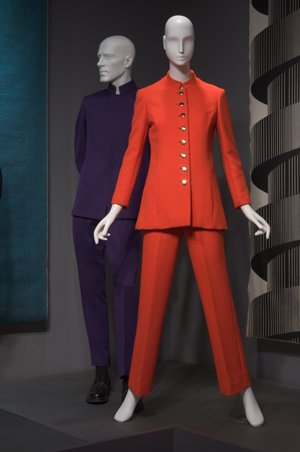 NEW YORK (AP) – Boohoo, so you did not get a front-row seat for New York Fashion Week! Fortunately, for fashionistas who love couture but cannot afford to buy it, there are many museums in the United States and abroad where they can get their fashion fixes without presenting credentials at the door.

Fashion museums and costume institutes offer close-up looks at contemporary designers and cutting-edge trends, as well as classic styles and fashion history. These collections of clothing, accessories and textiles can be found not only in style capitals like New York, Los Angeles and Paris, but also in unexpected places like Indianapolis, Ind., and Antwerp, Belgium.

In New York City’s Manhattan borough, a gem that deserves to be better known, especially among tourists who war interested in fashion, is The Museum at the Fashion Institute of Technology, at 27th Street and Seventh Avenue in the trendy Chelsea neighborhood, http://fitnyc.edu/3662.asp.

The Museum at FIT is host to special exhibits as well as a rotating themed show selected from its permanent collection of 50,000 objects dating back to the 1700s. Through May 10, the museum’s ground-floor Fashion and Textile History Gallery hosts “His and Hers,” a look at 100 items exploring the relationship between gender and fashion. The exhibit ranges from side-by-side displays of men’s and women’s outfits from the 1700s and 1800s, including 19th-century wedding attire, to business suits from the 1980s. The women’s power suit on display from that era, by Yves Saint Laurent, has the requisite blouse with pussycat bow, matching skirt and blazer. Other highlights include a Don Johnson outfit from the “Miami Vice” era, a 1945 zoot suit and an Elsa Schiaparelli 1930s women’s suit with padded shoulders.

Through April 2 at The Museum at FIT, the “Japan Fashion Now” exhibit looks at contemporary Japanese fashion, from Lolita fashions, sugary-pink little-girl styles for young women that also have a black Gothic Lolita iteration, to the gauzy, flowing Forest Girl look. Works of famous Japanese designers such as Issey Miyake and Yohji Yamamoto also are on display. Visitors often pose for photos in the building lobby next to larger-than-life images of Hangry and Angry, a female pop music act whose spiked hair and bizarre costumes have made them Japanese fashion icons.

Elsewhere in Manhattan, The Costume Institute at the Metropolitan Museum of Art, Fifth Avenue and 82nd Street, is gearing up for a major exhibition, “Alexander McQueen: Savage Beauty,” May 4-July 31. The show will look at the late designer’s career, from his first collection in 1992, when he was in his early 20s, to designs that debuted on the runway after his suicide last year. His work ranged from romantic to audaciously edgy. If you are at the Met before the McQueen show opens, the museum also has a popular audio guide tour, narrated by Sarah Jessica Parker, that focuses on fashion in paintings, sculptures and objects in its permanent collection; http://www.metmuseum.org/.

In Los Angeles, the Fashion Institute of Design & Merchandising, 919 S. Grand Ave., hosts an “Annual Art of Motion Picture Costume Design” show each year during Academy Awards season. Costumes from more than 20 movies from 2010 are on display through April 30; http://www.fidmmuseum.org.

At L.A.’s Museum of Contemporary Art, “Rodarte: States of Matter” looks at more than 20 pieces from fashion and costume designers Kate and Laura Mulleavy of Rodarte, a brand known for unusual and elaborate use of textiles. The show includes original ballet costumes designed by Rodarte for the movie “Black Swan,” http://www.moca.org.

Kent State University in Kent, Ohio, is home to a school of fashion design and merchandising, and the focus of the university’s museum is on fashion and textiles, though the collection also includes decorative arts; http://www.kent.edu/museum/. Exhibits often feature works by renowned designers. A show of costumes worn by the late actress Katharine Hepburn is on display through Sept. 4.

The Indianapolis Museum of Art, 4000 Michigan Road, has a dedicated fashion and textile arts exhibition space that usually highlights the museum’s collection of 7,000 fabric and fashion-arts items, which range from couture to antique silks and lace. “Material World,” which opens April 22, examines how extravagant ornamentation of textiles and personal adornment relate to wealth, status and power. The show will include a Buddhist bone apron, Dior and Chanel designs, and items made from luxurious materials including fur and semiprecious stones; http://www.imamuseum.org/.

In Florence, Italy, the Salvatore Ferragamo Museum, located in Palazzo Spini Ferroni, looks at the history of the famous footwear company and its founder; http://www.museoferragamo.it/en/index.php. Paris is home to two fashion museums, although the Musee Galliera is closed for renovation until next year. The other, Les Arts

Decoratifs, at 107 rue de Rivoli, is a branch of the Louvre that also houses other design-related items like furniture. Through May 8 is a show on the fashion of the 1990s;

In Antwerp, the Mode Museum (MoMu) at Nationalestraat 28 – http://www.momu.be –hosts “Unravel: Knitwear in Fashion,” March 16-Aug. 14. The exhibit looks at knit garments from classic Schiaparelli and Chanel items to knits in avant-garde, everyday and contemporary designs, including pieces from Vivienne Westwood and Missoni.

Another favorite in Europe for fashion-lovers, the fashion gallery at the Victoria and Albert Museum in London, is closed for renovation until next year.

Toronto is home to the Bata Shoe Museum, at 327 Bloor St. West, http://www.batashoemuseum.ca. The building is designed to resemble a lid resting on an open box. The personal collection of its founder Sonja Bata forms the core of the museum’s holdings, which include footwear and related items from around the world and across centuries. Exhibits range from contemporary footwear to celebrity fashions to historic artifacts, from ancient Egyptian sandals to moon boots.

In Shanghai, the Museum of Contemporary Art – http://www.mocashanghai.org – is hosting “Culture Chanel” through March 14 looking at the creative heritage of the House of Chanel. If you cannot get to Shanghai before then, an evocative online tour looks at the exhibit’s five themes, including the designer’s inspirations and ideals, from her childhood in an orphanage to her liberated lifestyle that broke conventional rules for women.

The Montreal Museum of Fine Arts – http://www.mbam.qc.ca/ – hosts a Jean Paul Gaultier retrospective beginning June 17 that brings together what the designer described in a recent Associated Press interview as his “obsessions: the corset, skin, the cinema, music.” Gaultier’s designs range from Madonna’s cone bra top to classics like a trench coat and sailor-style top. The exhibit moves on in 2012 to the Dallas Museum of Art in Texas and the de Young Museum in San Francisco, Calif. 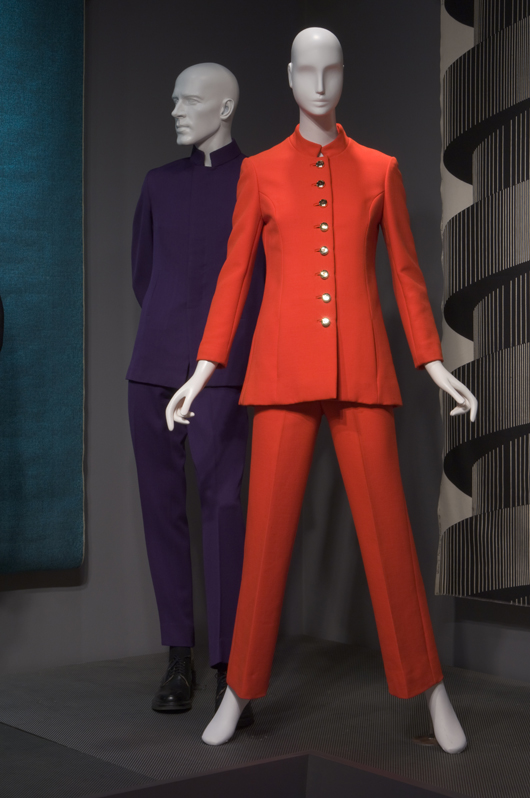