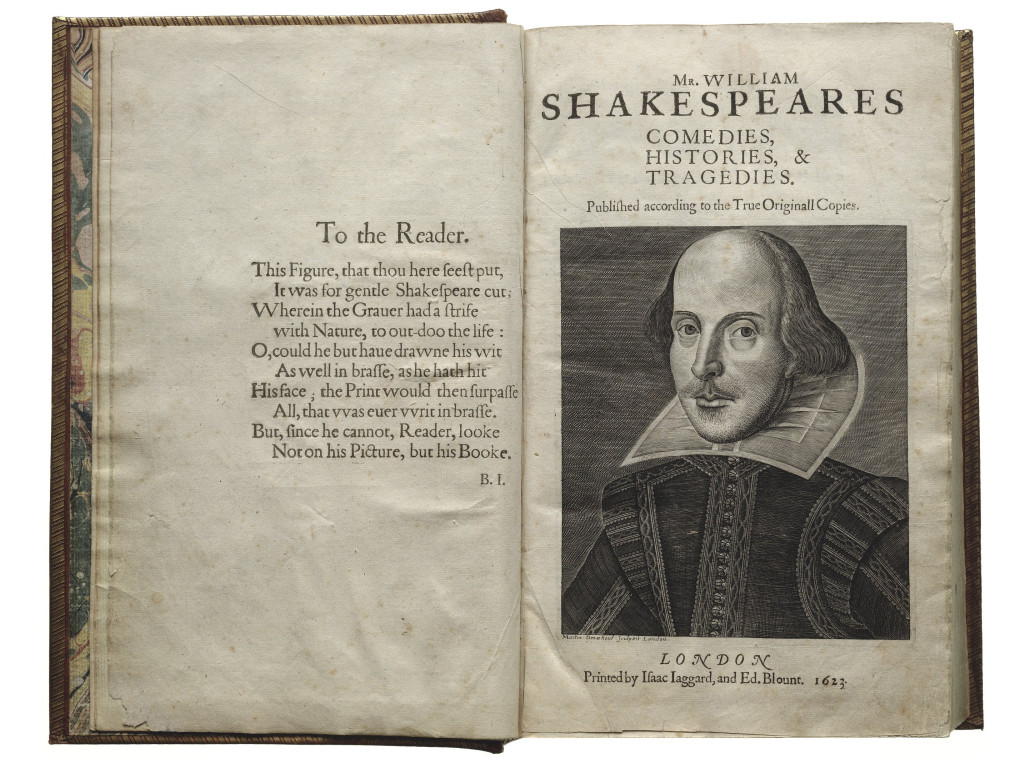 When the ‘First Folio’ is displayed in Detroit, its pages will be opened to the most quoted line from Shakespeare: ‘to be or not to be’ from ‘Hamlet.’ Image courtesy of the DIA

DETROIT – The Detroit Institute of Arts is the Michigan host site for a national traveling exhibition of the Shakespeare First Folio, one of the world’s most treasured books. It will be on display at the museum from March 7 to April 3.

The Folger Shakespeare Library, in partnership with Cincinnati Museum Center and the American Library Association, is touring “First Folio! The Book that Gave Us Shakespeare” to all 50 states, Washington, D.C., and Puerto Rico this year, the 400th anniversary of the playwright’s death.

Many of William Shakespeare’s plays were written to be performed and were not published during his lifetime. The First Folio is the first collected edition of Shakespeare’s plays and was published in 1623, seven years after his death. While two of Shakespeare’s fellow actors compiled 36 of his plays, hoping to preserve the works for future generations, the First Folio contained 18 additional plays that otherwise would have been lost, including Macbeth, Julius Caesar, Twelfth Night, The Tempest,  Antony and Cleopatra, and As You Like It.

The Folger Shakespeare Library, located in Washington, D.C., holds 82 copies of the First Folio, by far the largest collection in the world and more than a third of the 233 known copies in the world today. It is believed that 750 copies were originally printed. The Shakespeare First Folio is one of the most valuable printed books in the world; a First Folio sold for $6.2 million in 2001 at Christie’s and another one for $5.2 million in 2006 in London. It originally sold for one British pound (20 shillings) – about $200 today.