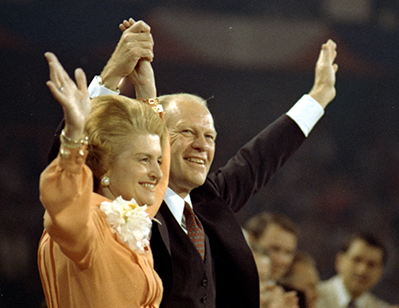 GRAND RAPIDS, Mich. (AP) – The Gerald R. Ford Presidential Museum is expected to reopen this spring after being closed in October to allow crews to install new, permanent interactive exhibits and conduct renovations at the facility in Grand Rapids, officials announced Wednesday.

The project in the former president’s hometown includes construction of the 8,000-square-foot DeVos Learning Center, which seeks to foster civic engagement among students. Videos, interactive digital elements and historical artifacts also are being incorporated into the new museum exhibits.

“The DeVos Learning Center’s goal is to inspire students to make value- and principle-based decisions in the tradition of President and Mrs. Ford,” Joseph Calvaruso, director of the Gerald R. Ford Presidential Foundation, said in a statement. “The learning center will present educational experiences to students that allow for increased awareness of civic engagement, both locally and globally.”

Museum Director Elaine Didier noted that the core exhibits “will now tell the complete life story” of the former president and first lady.

The Ford Presidential Foundation says more than $15 million was raised for the learning center, exhibit updates and other work. Related projects include the digitalization of important papers at Ford’s presidential library, which is located in Ann Arbor.

President Gerald Ford and former first lady Betty Ford lived in Rancho Mirage, California, for decades, but their hometown was Grand Rapids. Gerald Ford represented the area for years in the U.S. House. The former president died in 2006, and his wife passed away in 2011.

To celebrate the completion of the museum projects, a gala is planned June 6 at the J.W. Marriott Hotel in downtown Grand Rapids. Ceremonies are scheduled for June 7 at the museum to re-dedicate the museum and mark the opening of the learning center.