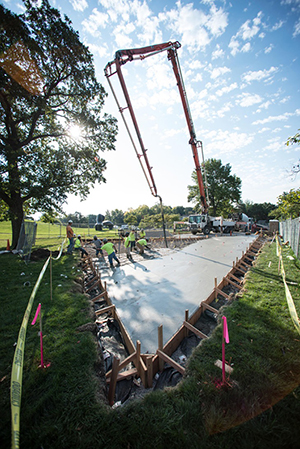 KANSAS CITY, Mo. – A triangular-shaped, glass-walled labyrinth designed by acclaimed artist and Kansas City native Robert Morris is being installed in the Donald J. Hall Sculpture Park at The Nelson-Atkins Museum of Art.

This sculpture will entice visitors to interact with the art by winding through the glass maze. The installation of Glass Labyrinth in the southeast section of the park marks the start of a six-month long celebration of the 25th anniversary of the Donald J. Hall Sculpture Park. The 62-foot by 62-foot by 62-foot, 7-foot-tall labyrinth, which weighs more than 400 tons, will be fully installed on May 22, when a public celebration will be held.

Robert Morris is an American artist who contributed significantly to the development of several art movements during the 1960s and 1970s, including Minimalism, Process Art and Earthworks. Historically Morris has rejected traditional concepts of art while focusing heavily on the relationship between the artwork and the viewer.

“It is fitting that we kick off our celebration of the Donald J. Hall Sculpture Park with this exciting new museum commission that has been made possible through the generosity of the Hall Family Foundation,” said Julián Zugazagoitia, CEO and director of the Nelson-Atkins. “Through the years, this oasis of green space has continually evolved as a place of both activity and quiet inspiration in which visitors can enjoy an incredible collection of art.”

The installation of Glass Labyrinth begins a series of celebrations of the sculpture park that will include family activities, educational programs and special events. The 22-acre park has been championed through the years by Hall, whose keen eye and diligent stewardship have allowed the grounds to become a stellar asset to Kansas City and an outdoor destination for many.

In the late 1960s, Morris helped start the Process Art movement and began using industrial materials for sculptural works. He used aluminum, steel, felt, string, mirrors and dirt to create transient works of art like Continuous Project Altered Daily, 1969. His felt series is a stunning example of the beauty he found in these unexpected and unconventional media.

Morris, who has credited childhood visits to the Nelson-Atkins as formative experience for his art, progressed naturally into the art of sculpture because of its interactive possibilities. His continued curiosity for the opportunities of viewer participation led to the creation of his Labyrinth series. Glass Labyrinth is the first permanent Robert Morris labyrinth installed in the U.S. These installations permit the viewer to experience his art from the inside out through the navigation of the piece. Glass Labyrinth will take this idea even further by allowing visitors to simultaneously encounter his art and the sculpture park through its transparent glass walls. 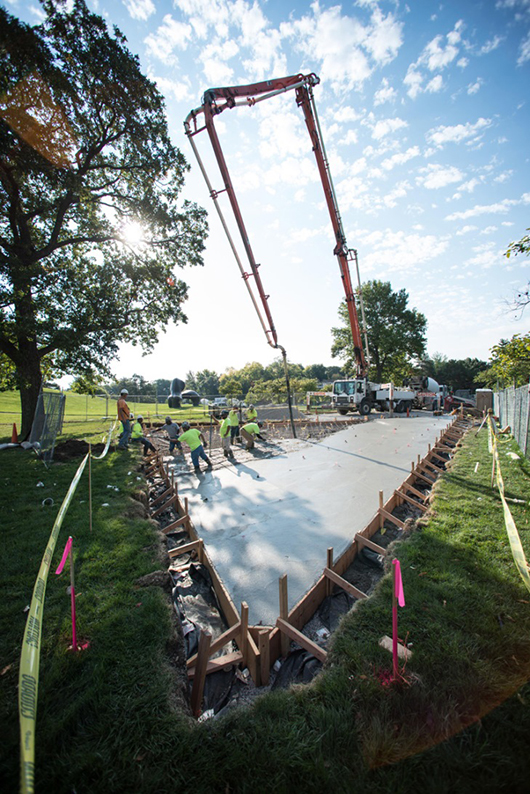 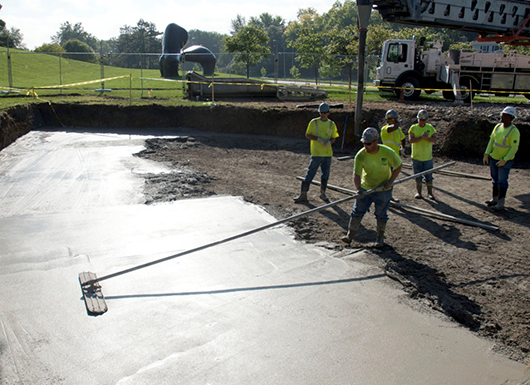 A crew of more than 80 is working on the installation for its May 22 opening celebration. Image courtesy of Josh Ferdinand. 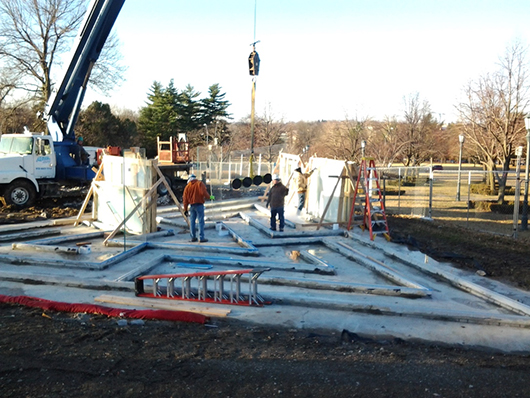 Work has resumed on the installation of the Robert Morris ‘Glass Labyrinth.’ An opening celebration is planned for May 22. Image by Kalie Hudson, courtesy Nelson-Atkins Museum of Art.

Artist Robert Morris to cut ribbon on glass labyrinth May 22