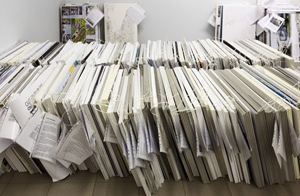 Some of the more than 1,700 submissions for the Guggenheim Helsinki Design Competition. Guggenheim Museum image.

HELSINKI – The Solomon R. Guggenheim Foundation announced today that 1,715 submissions have been received in response to stage one of the competition for the design of a proposed Guggenheim museum in the Finnish capital.

The submissions represent the largest number of entries recorded for a competition of this kind, surpassing the 2002 competition for the Grand Egyptian Museum, which received 1,557 entries, and the largest architectural competition in Helsinki, for the Helsinki Central Library, which attracted 544 entries in 2012.

Stage one of the competition was open to qualified architects, including people who have professional degrees in architecture – either individuals or teams – from anywhere in the world. Anonymous submissions were due Sept. 10, 2014, and were received from 77 countries, according to voluntary data provided by 70 percent of competitors. The United States, Italy, Finland, the United Kingdom, France, and Japan represent the top six countries from which submissions were received.

“When we launched the competition for the design of the proposed Guggenheim Helsinki, we hoped that it would inspire architects everywhere – emerging and established alike – to imagine what the museum of the twenty-first century could be and catalyze a global exchange of ideas about architecture and its traditions, urbanism, public buildings, and the future of cities,” says Richard Armstrong, director of the Solomon R. Guggenheim Museum and Foundation. “We are awed and humbled by the tremendous response to the call for entries, and we look forward to engaging in a full and public exploration of the submissions in the coming months.”

Launched on June 4-5 with events in Helsinki and at the Venice Architecture Biennale, the Guggenheim Helsinki Design Competition is a first for the Guggenheim, which has not previously sought a museum design through an open competition.

As the next step in the competition, the independent, 11-member competition jury will meet in Helsinki in early November to review the stage one submissions and choose the top six entries to continue to stage two of the competition. Selected by the Guggenheim, the State of Finland, the City of Helsinki, and the Finnish Society of Architects (SAFA), the wide-ranging jury includes practicing and academic architects and urbanists, arts practitioners, and local experts on urban issues and planning, sustainability, and Helsinki and Finnish politics.

Competitors were asked to submit innovative and creative designs demonstrating strong connections to Helsinki’s historic city center, South Harbor, and its urban context while reflecting Nordic ideals. Submissions will be judged anonymously on the basis of their architectural design, relationship to the site and the cityscape, practicality for users, sustainability (including criteria for the use of materials), and feasibility, according to the guidelines established in the competition brief.

The shortlisted entries will be presented in Helsinki at a media event on Dec.2, 2014. In accordance with European Union procurement rules, shortlisted teams or individuals will be named but will not be matched to their designs. Shortlisted designers will be invited to visit the proposed museum site in Helsinki in December and will have until March 2015 to make final submissions. 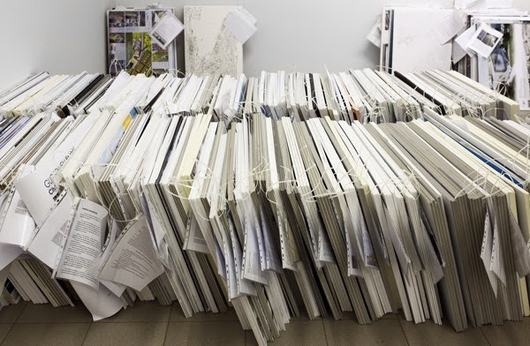 Some of the more than 1,700 submissions for the Guggenheim Helsinki Design Competition. Guggenheim Museum image.

Helsinki expects a new bid for a Guggenheim museum