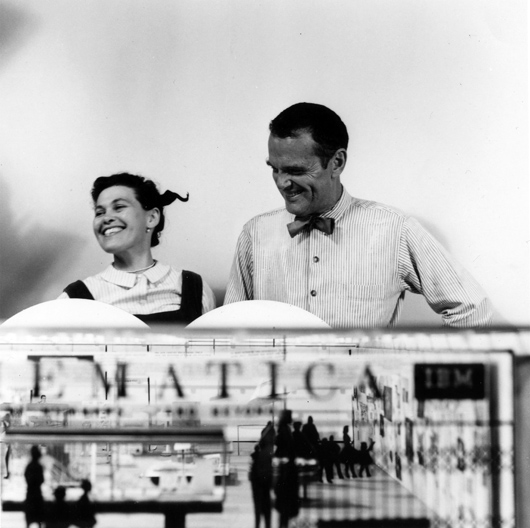 DEARBORN, Mich. – The Henry Ford announced today the new acquisition of “Mathematica,” an exhibition conceptualized, designed and realized by Charles and Ray Eames in 1961 that conveys the world of numbers and mathematics through interactivity. The exhibition, acquired from the Office of Charles and Ray Eames, will be on permanent display in its entirety inside Henry Ford Museum in 2016.

“Mathematica not only changed the way exhibitions were designed, but it was created to address a specific problem within the museum and education community that is still relevant today, which is a better way to convey mathematical principles and ideas to visitors,” said Patricia Mooradian, president of The Henry Ford. “Learning by doing has always been an important concept for our organization and with this acquisition we can now fully provide our visitors with unique, educational and entertaining elements that incorporate the STEM (science, technology, engineering and mathematics) platform.”

“Mathematica reveals that the ‘world of numbers’ represents a tiny percentage of the world of mathematics,” said Marc Greuther, chief curator and senior director, historical resources at The Henry Ford. “The exhibit sidesteps boundaries between education, play, art and science – plus it’s recognized historically as an Eames design landmark.”

The Eames office created a total of three versions of the exhibition. The first is now installed in the New York Hall of Science and the second is owned by the Museum of Science in Boston. The third version, originally installed at the 1964 New York World’s Fair went on to the Pacific Science Center in Seattle before becoming the property of the present day Eames Office. This latter version, incorporates interactive elements unique to it, has now been acquired by The Henry Ford.

The Henry Ford is currently working on the design and location for Mathematica’s permanent display. Details on when the exhibition will be open to the public will be released at a later time. 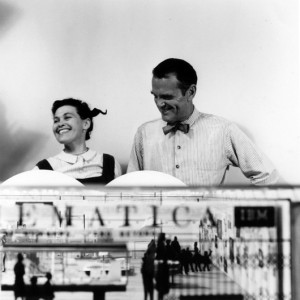 Ray and Charles Eames with the final model of ‘Mathematica: A World of Numbers … and Beyond,’ 1961. Image courtesy of the Eames Office 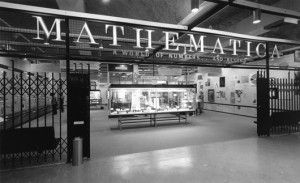 Entrance to the ‘Mathematica’ exhibition in Los Angeles, 1961. Image courtesy of the Eames Office