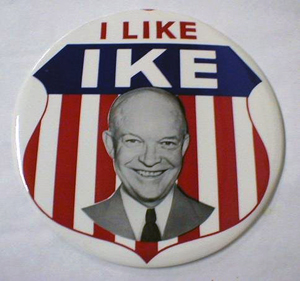 TAMPA, Fla. (AP) – Eugene Ola was on a street corner hawking some political buttons with phrases like “Believe in America” and featuring photos of a smiling GOP presidential nominee Mitt Romney and his running mate, Paul Ryan. But most passersby simply smiled and kept on walking, barely looking at the piece of cardboard he carted around with 50 buttons fastened to it.

In this era of high-tech and nonstop social networking, the campaign button has lost its luster as a central way to promote candidates and their causes. Politicians and their parties instead push their messages with a relentless barrage of television ads, emails and mobile phone alerts, while many voters express their opinions via tweets, Facebook posts and blogs.

“Maybe they are just going out of fashion,” said Ola, 60, who lives in Washington, D.C., and travels the country selling paraphernalia at political gatherings, football games and medical conferences.

Buttons extolling the Republican ticket and tearing into Democrats haven’t disappeared entirely, but they are far from ubiquitous. The days when many delegates were seen littered with partisan messages from seemingly head to toe appear to be long past. Today, attendees roaming the convention halls are more likely to have an iPhone strapped to their belt or a Bluetooth hanging from one ear than a button with Romney’s picture fastened to their lapel.

“We have had pictures of our buttons taken a thousand times,” said Jane Morton, 46, who traveled with her 19-year-old son from Kansas City to sell buttons that say “Show 44 the door,” and depict a foot kicking a cartoon image of Obama, the 44th president of the U.S. “I guess people are just into digital media these days.”

Campaign buttons have been part of American politics since the days of President George Washington. Some of the first buttons were sewn on clothes, or worn similar to a necklace. Those eventually gave way to metal buttons with fastening pins.

These days, the most modern form is the digital variety – “buttons” decorating candidate websites, emails to potential voters and on social networking sites.

To communicate their messages, campaigns have fully moved to online media, said Evan Cornog, a presidential historian and dean of the school of communication at Hofstra University. Increasing urbanization and longer commutes have also likely had a role in diminishing the usefulness of buttons, he said.

“Who is going to see your button on the Long Island Expressway?” he said.

The hotter the campaign, the more intense the interest in buttons. The historic nature of the 2008 campaign, for example, by virtue of Barack Obama – the nation’s first black president – being on the ballot made them more collectible. And there were plenty of opportunities for some catchy phrases that worked well, like: “Sarah Palin, the hottest governor from the coldest state,” juxtaposing the photogenic looks of the Republican vice presidential nominee and her state of Alaska.

Even if fewer people wear them and their effectiveness is muted, vendors say they don’t have to sell many to turn a profit because production costs are low.

Morton, who was laid off in May from a product development firm, says her buttons cost 30 cents to make and she sells them for $3. And most vendors supplement by selling a wide range of other items, like hats, handkerchiefs and T-shirts.

Many conventiongoers buying buttons appear to be collecting them as souvenirs.

“I have buttons from every Republican ticket since World War II,” said Andrew Malcolm, 69, a Los Angeles-based columnist who on Wednesday night bought a button, and then promptly put it in his pocket, before entering the convention hall.

Are they on display at home?

“I just have them in a bag,” he said, adding wryly that if he ever wanted to put them on a wall it would require “some serious negotiations with my wife.” 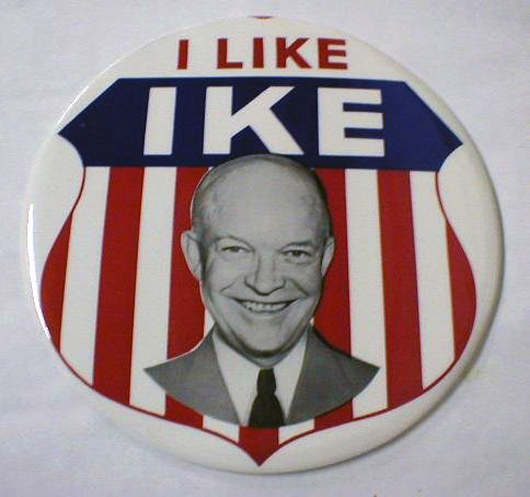