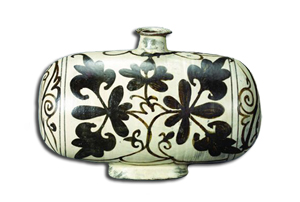 NEW YORK – A special loan exhibition focusing on the dynamic art of buncheong ceramics will go on view at The Metropolitan Museum of Art on April 7. Featuring more than 60 masterpieces from the renowned collection of Leeum, Samsung Museum of Art in Seoul, Korea—the majority of which have never before been seen in the U.S.—Poetry in Clay: Korean Buncheong Ceramics from Leeum, Samsung Museum of Art will explore the bold and startlingly modern ceramic tradition that flourished in Korea during the 15th and 16th centuries of the Joseon dynasty (1392-1910), as well as its eloquent reinterpretations by today’s leading ceramists.

The exhibition will also present a selection of Edo-period (1615-1686) Japanese revivals and works by modern and contemporary Japanese potters from the Metropolitan’s collection to highlight the fascinating reverberations of buncheong idioms beyond its original place and time of production. This is the first exhibition to feature both buncheong ware and later Japanese ceramics inspired by them and to explore their connections.

The exhibition is made possible by the Korea Foundation. Additional support is provided by Willis.

Poetry in Clay: Korean Buncheong Ceramics from Leeum, Samsung Museum of Art is organized by Soyoung Lee, Associate Curator in the Museum’s Department of Asian Art, and Seung-chang Jeon, Chief Curator of Leeum, Samsung Museum of Art, Seoul. Buncheong ware represents a unique genre of ceramics distinguished by its inventive surface decoration employing white slip and a variety of modes of embellishment, including inlaid, stamped, incised, sgraffito, iron-painted, and brushed designs. There are no comparable parallels in other cultures matching buncheong’s expressiveness nor range of slip-applied decorative vocabulary.

Produced from the end of the 14th century, buncheong evolved from the famed inlaid celadon of the Goryeo dynasty (918-1392). The technical, stylistic, and aesthetic transformations represented by the new ceramic were grounded in its antecedent and were radical. Its manufacturing centers were located primarily in the central and southern provinces. Initially used by the court and the elite—as tableware and ceremonial vessels—it rapidly became pottery for the commoner class. A major reason for this shift was the increasing demand and preference for white porcelain. By the second half of the 16th century, buncheong production all but ceased on the Korean peninsula.

In neighboring Japan, a parallel life of buncheong unfolded from the 15th century on, where imported vessels were adopted, used, and treasured by connoisseurs and participants of the tea ceremony. Subsequently, in the 17th through the 19th century, various kilns in Kyushu and other parts of Japan manufactured white slip-decorated ceramics incorporating certain buncheong expressions catered to Japanese aesthetics.

The strikingly expressive and contemporary designs of buncheong ceramics, which embody the creative dynamism of the period, continue to resonate with 21st-century artists and viewers.

The exhibition will showcase a number of masterpieces, including six registered Treasures, such as the stunning Large Jar with Inlaid Peony Decoration (Treasure no. 1422) and the arresting Drum-shaped Bottle with Peony Decoration (Treasure no. 1387). Many of the works feature minimalist or abstract designs, such as an example with an eye-catching Miró-esque decoration (Flask-shaped Bottle with Incised Abstract Design) or another with a scrolling motif rendered with calligraphic virtuoso (Jar with Floral Scroll Decoration).

Three 20th-century Korean paintings from Leeum’s collection will also be on view, highlighting the kinds of intuitive, purely visual connections to buncheong that one can find in modern art.

A fully illustrated catalogue published by the Metropolitan Museum and distributed by Yale University Press will accompany the exhibition.

The catalogue is made possible by The Miriam and Ira D. Wallach Foundation.

Education programs organized in conjunction with the exhibition include a special lecture by Soyoung Lee on April 15 and a Sunday at the Met lecture and roundtable discussion on May 15. Gallery talks will also be offered for general audiences.

A web feature about the exhibition, as well as a podcast narrated by Soyoung Lee on the history and tradition of buncheong ceramics, will be available at www.metmuseum.org.

After its viewing at the Metropolitan Museum, the exhibition will be shown at the Asian Art Museum in San Francisco. 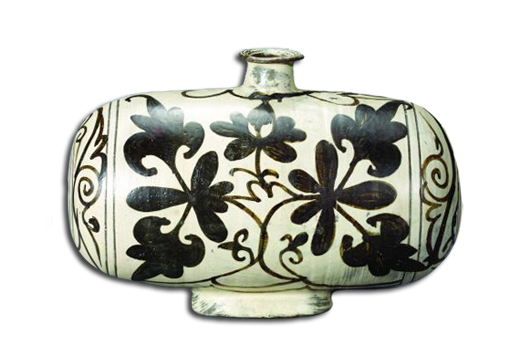