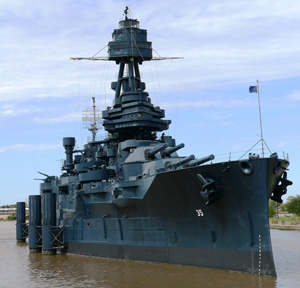 The USS Texas, which saw duty in both World Wars, was launched in 1912. Image courtesy Wikimedia Commons.

HOUSTON — The 100-year-old Battleship Texas museum is closed indefinitely after several leaks flooded the vessel that fought in World Wars I and II.

Ship manager Andy Smith said Monday nearly 2,000 gallons of water per minute are flowing into the ship from several leaks that have sprung on the port and starboard sides of the vessel. He says the museum will be closed for at least the rest of this week.

The battleship first closed earlier this month when a leak sprang in areas of the ship that still had oil from when the USS Texas was in active service. Before repairing the leak, the Texas Parks and Wildlife Department, the ship’s caretaker, removed the oil.

The museum reopened Saturday, but the new leaks sprang up almost immediately afterward.

Copyright 2012, The Associated Press. All rights reserved. This material may not be published, broadcast, rewritten or redistributed. 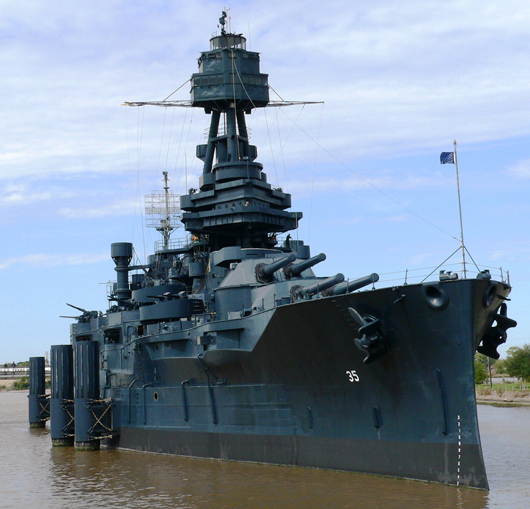 The USS Texas, which saw duty in both World Wars, was launched in 1912. Image courtesy Wikimedia Commons.