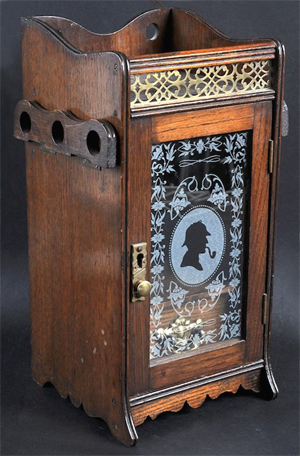 LONDON (AP) – Sherlock Holmes is among the most famous Londoners of all time. Many tourists still see the bustling city through his eyes, and seek out his address, 221B Baker Street.

It seems a logical deduction that the fictional detective’s creator, Arthur Conan Doyle, must have known the city intimately.

In fact, historian David Cannadine said Thursday, “Conan Doyle himself didn’t spend that much time in London. When he wrote the early stories, he got the topography out of a street atlas.”

That is just one of the surprises provided by a myth-busting new Museum of London exhibition that explores a character who has been endlessly adapted while retaining his essence: He’s a cerebral sleuth, forensic scientist, drug-taking bohemian and archetypal Englishman.

Through film clips, costumes, 19th-century forensic equipment and more, it follows Holmes from an idea in Conan Doyle’s notebook – at one point he was called Sherrinford Holmes – to the smartphone-toting modern detective played by Benedict Cumberbatch in the BBC TV series Sherlock.

The exhibition also looks at the relationship between the detective and London. Holmes is an icon of the Victorian metropolis, a place of horse-drawn hansom cabs, dark corners, gaslight – and fog.

Fog gets a whole room of its own, lined with atmospheric images by American photographer Alvin Langdon Coburn and other artworks, including a painting of the River Thames by French Impressionist Claude Monet.

Cannadine, who has contributed to a book that accompanies the exhibition, said Conan Doyle’s stories give a sense of the city – “the gas lamps and the clattering of horses and the fogs in Baker Street” – that is vivid but in some ways misleading.

For fans, the most exciting exhibit may be a yellowing notebook showing the moment Holmes was created. It bears notes for a detective story in Conan Doyle’s handwriting. The author has crossed out his original title, A Tangled Skein and written A Study in Scarlet – the name under which Holmes’ first adventure was published in 1887.

Conan Doyle, who died in 1930, probably didn’t imagine that his creation would long outlive him. He tried to kill Holmes in 1893, sending him tumbling over the Reichenbach Falls while grappling with archenemy Moriarty.

Readers were outraged, and the author resurrected the sleuth a decade later.

“This was a character who was using scientific methods to unmask the incredible complexity of the modern world,” Werner said. “He’s the only one who can do it. We would all like to be Sherlock Holmes.”

“Sherlock Holmes: The Man Who Never Lived and Will Never Die” is at the Museum of London from Friday until April 12. 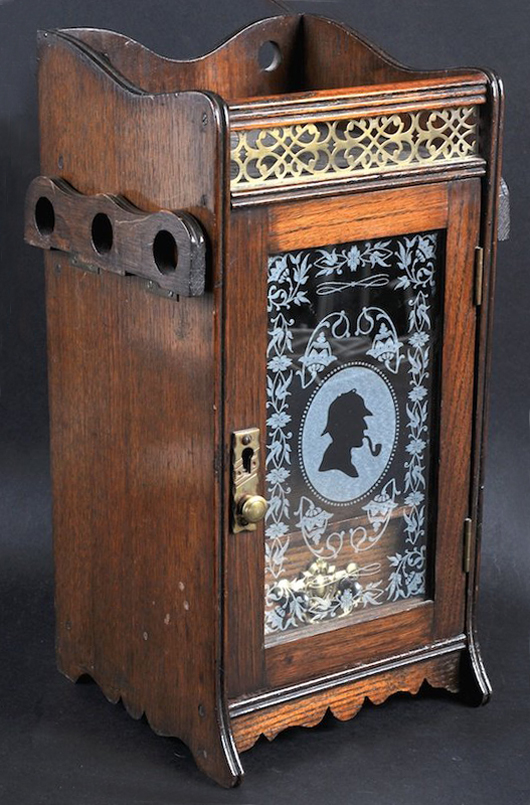