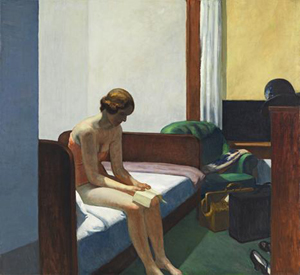 MADRID – On Tuesday, Madrid’s Thyssen Museum will open an exhibition of works by Edward Hopper, one of the largest retrospectives of works by the iconic US artist ever to be shown in Europe.

The “Hopper” show features 73 paintings, drawings, prints and watercolors by the 20th-century realist dubbed the painter of American loneliness and isolation.

“It is very unlikely that an exhibition like this can be repeated in Europe in the next decade, if ever,” Tomas Llorens, one of the two curators, told a news conference at the Thyssen.

The exhibition will run until Sept. 16 in Madrid before moving on to Paris where it will be displayed at the Grand Palais between Oct. 10 and Jan. 28.

“It is a very complicated project because Hopper’s output was scarce, he was a very slow painter. For an American museum, loaning a Hopper painting is an extremely difficult decision.”

Most of the works depict scenes of people on their own, or isolated.

One of the paintings in the exhibition, a 1932 oil on canvas called “Room in New York,” features a man reading a newspaper while at other end of the room a woman looks absently at a piano. Another, titled “Hotel Room,” depicts a woman sitting on a bed reading a pamphlet, her luggage parked on the floor beside her.


The exhibition is divided in two parts. The first covers the years of his training with works by Hopper from between 1920 and 1924 shown alongside paintings by other artists including France’s Edgar Degas and Albert Marquet.

The second part focuses on his mature works.

“What we are proposing is a European re-reading of Hopper’s works,” said Didier Ottinger, the associate director of the Centre Pompidou in Paris who is the other curatorn.

The exhibition will feature more works by Hopper when it moves to Paris because the Grand Palais has more space available, he added. 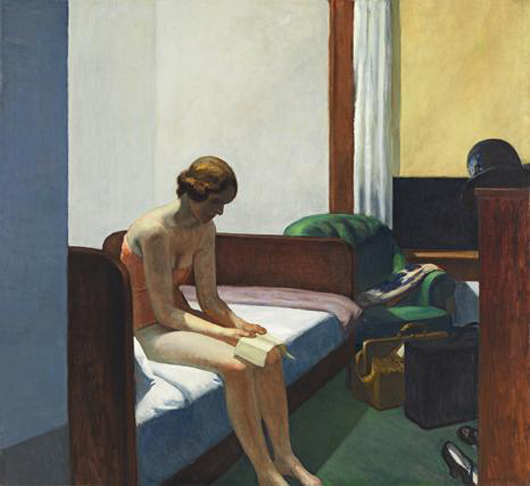