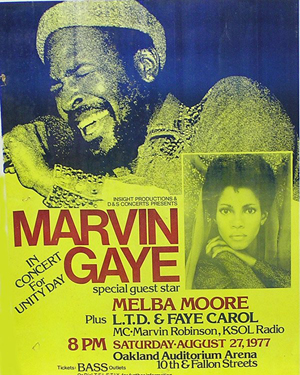 DETROIT (AP) – The Motown Historical Museum is celebrating the life and times, as well as the moves and grooves, of Marvin Gaye.

The Detroit museum, located in the original home of Motown Records Corp., has unveiled an exhibit chronicling the legendary artist’s two decades at Motown, from 1960 to 1982. The exhibit in the second-floor gallery opened Friday and runs through at least September.

It’s the first time the museum has produced a major exhibit on Gaye, and follows a successful installation on the Jackson 5 last year that marked the one-year anniversary of the death of Michael Jackson.

The largely chronological exhibit features Gaye’s album covers, sheet music, costumes from concerts and even a Marvin Gaye Way street sign from Washington, D.C., the hometown of the man born Marvin Pentz Gay Jr. in 1939 and fatally shot by his father in 1984 after a violent argument.

Chief curator Lina Stephens said the museum had been planning a Gaye exhibit for a while but Jackson’s death “shifted a lot of things” around. One thing is clear: Gaye’s exhibit has many more items and artifacts because of his lengthy tenure with the label.

“He was a good artist to focus on because he was here since just about the beginning,” Stephens said. “It’s easy to incorporate his story line.”

The display spans the career of a man who helped create, refine and redefine the sound of the label and popular music itself, including playing piano and drums on “Please Mister Postman,” singing the chart-topping smash I Heard it Through the Grapevine, and tackling political and environmental concerns with What’s Going On and Mercy Mercy Me (The Ecology).

“He started out singing songs he thought he wanted to sing,” Janis Gaye, Gaye’s ex-wife, told The Associated Press by phone from her home in Providence, R.I. “When he hit ‘What’s Going On’ and started having his own voice in every way – arrangements, lyrically and spiritually – that opened a whole new door for him.”

Janis Gaye, who was with Marvin Gaye for 11 years and married to him from 1977 to 1981, said she has been talking to museum officials about the exhibit and hopes to loan a few signature items, such as his Grammy awards and silver platform boots she designed for him.

She said she took his “everyday boots” and had rhinestones and platforms put on them. They later became synonymous with Gaye, appearing on album covers and a magazine spread.

The boots were “one staple he really did love,” Janis Gaye said, and they will be difficult to part with – even temporarily.

“I told (museum officials) I may have to sleep there for the next nine months,” she said.

The exhibit includes an early single by Gaye on Motown’s subsidiary label, Anna, named for Motown founder Berry Gordy’s sister – the woman who became Gaye’s first wife. He was still married to Anna Gordy Gaye in 1973 when he met Janis Gaye, who was 17 at the time and is now 55.

Janis Gaye said she is writing a book about her life with the man she describes as her “dear, sweet ex-husband” that’s expected to be released later this year.

“We must have broken up and gotten back together at least 20 or 30 times,” she said. “It was a magical time, at times. … There are many, many memories to look back on – some fond, some not so fond.”

She said she hopes museum visitors see the depth of his creativity and recognize his enduring legacy, which includes a performance next May of the What’s Going On album by John Legend and The Roots with the National Symphony Orchestra. It marks the 40th anniversary of Gaye performing the album at the same venue.

“I would just like for people to see his whole body of work,” Janis Gaye said. “Socially conscious, sexually conscious, whatever it happens to be. It’s all Marvin. It all came from that one mind.” 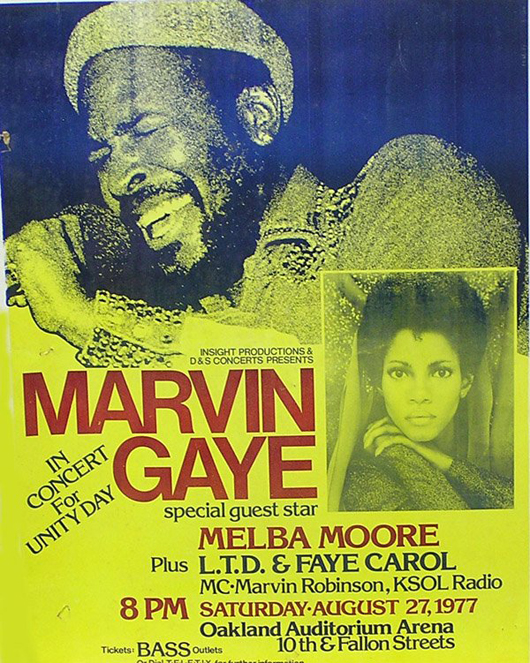