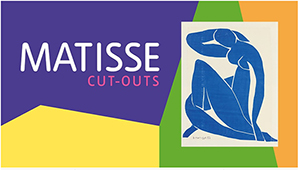 LONDON – Tate today announced that Henri Matisse: The Cut-Outs received 562,622 visitors making it the most popular exhibition ever held at Tate and the first to receive over half a million people.


Henri Matisse: The Cut-Outs is the most comprehensive exhibition ever devoted to the artist’s paper cut-outs made between 1937 and 1954 and a groundbreaking reassessment of Matisse’s colourful and innovative final works. Henri-Émile-Benoît Matisse (1869 – 1954) is one of the leading figures of modern art and one of the most significant colourists of all time. A draughtsman, printmaker, sculptor and painter, his unparalleled cut-outs are among the most significant of any artist’s late works.


For Matisse the large body of cut-outs represents a brilliant final chapter in his long career. And asMatisse closes at Tate Modern, The EY Exhibition: Late Turner: Painting Set Free at Tate Britainuntil 25 January 2015 also represents the late work of a celebrated artist.


Nicholas Serota, Director, Tate said: “We are delighted that so many people came to see Henri Matisse: The Cut-Outs at Tate Modern. It is testament to the power and accessibility of Matisse’s work that the exhibition has captured imaginations of visitors of all ages throughout the spring and summer this year. We are immensely grateful to the private individuals and public institutions that lent precious and important works from their collections and to our collaborator, the Museum of Modern Art, New York. Without their generosity and the trust they placed in Tate the exhibition would simply not have been possible.”


Matisse Live, an exclusive private tour of the exhibition, was broadcast live from the gallery to over 200 cinemas around the country. Around 15,000 cinema-goers watched Matisse Live initially. And this number continues to grow as non-live ‘encore’ screenings take place in the UK ahead of the film’s international release. Details of future screenings are available at www.exhibitiononscreen.com/matisse .


Henri Matisse: The Cut-Outs is curated by Nicholas Cullinan, Curator, Modern and Contemporary Art, The Metropolitan Museum of Art, New York and Nicholas Serota, Director, Tate with Flavia Frigeri, Assistant Curator, Tate; and at the Museum of Modern Art, New York by Jodi Hauptman, Curator, Department of Drawings, and Karl Buchberg, Senior Conservator, with Samantha Friedman, Assistant Curator. It will tour to the Museum of Modern Art from 14 October to 9 February 2015. The exhibition’s global sponsor is Bank of America Merrill Lynch with additional sponsorship from Hanjin Shipping at Tate. 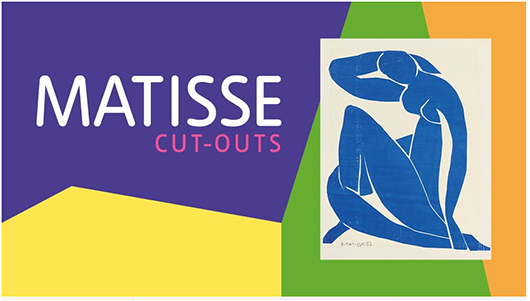 Matisse prints to be offered at Dreweatts & Bloomsbury sale July 3