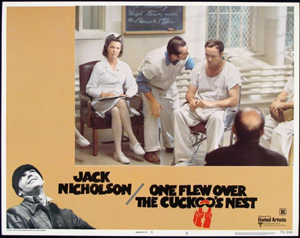 Movie poster for ‘One Flew Over the Cuckoo’s Nest.’ Image courtesy of LiveAuctioneers.com Archive and Universal Live.

SALEM, Ore. (AP) – David Nichols spent 27 years working in the Oregon State Hospital system from 1972-99, never at the Salem campus, but in Wilsonville and Portland as a clinical psychologist. His job was to talk with patients, learning about their histories, their families, their traumas, their lives, their stories.

“This is what I did for a living,” he said. “I listened to stories.”

But Nichols is part of a story as well. It’s the story of the hospital and of mental health treatment in Oregon. On Saturday, that story was told more completely than ever, with props, videos, words and re-creations at the Oregon State Hospital Museum of Mental Health, which opened last weekend in the historic Kirkbride Building.

A few hundred people, including Nichols, turned out for the opening. Local officials and politicians were there for the ribbon-cutting, and Louise Fletcher, who played Nurse Ratched in the 1975 film One Flew Over the Cuckoo’s Nest, turned up, to applause from the crowd.

The museum is like walking into a picture book that is sometimes beautiful and sometimes disturbing.

In one room is the enormous silver pot used to make soup for all the patients, complete with three ladles, whose bowls could fit over an adult’s head as easily as a baseball cap. The ingredients going into that type of pot were grown on the hospital grounds, including the animals that were slaughtered for meat.

In another room, one sees the remnants of the hospital’s occupational therapy program. A pedal-powered jigsaw used for making wooden puzzles sits underneath a blown-up and readable annual inventory of what patients had made. Among the products: Ice tongs, 2 and ironing boards, 3.

Elsewhere, a large painting hangs on a wall. It is the hospital in springtime, all brick and blue skies and green grass. It becomes haunting only when you realize the little girl in a pink dress who sits on the tree swing at the forefront of the picture could well have been a patient.

“Children as young as 6 were sent here,” said Kathryn Dysart, secretary of the hospital board and one of three designers for the museum.

“People didn’t understand something like autism,” she told the Statesman Journal. “They just know that if they touched (these children), they screamed. There was nowhere else to send them.”

The museum includes personal stories about patients. One of them, Maggie Rodgers, was 10 when she came to OSH and 15 when she died there of tuberculosis. Her diagnosis: Imbecility. “She’s easily angered and does not learn well,” her chart said.

And, of course, the museum pays homage to Fletcher’s film, which was shot at the hospital and started telling this story.

Photos from the filming, props from the movie and quotes from cast, directors and hospital patients who helped with the movie are all over the walls in the museum’s “Cuckoo’s Nest” section.

That story focuses on Nurse Ratched’s reign of terror over a ward of patients. Their world is turned upside down when Jack Nicholson’s character, Randle McMurphy, arrives and encourages the patients to rebel against steely, tyrannical Ratched. The story ends with McMurphy brain dead after being given a lobotomy. A fellow patient suffocates him to end his misery and then escapes from the ward out the window.

A lobotomy, a procedure to neurologically detach a patient’s frontal lobe from the rest of his brain, was practiced at OSH, and it’s not excluded from the museum. A surgical table and information about the practice are included in the room dedicated to mental health treatments.

The hospital has embraced this chilling aspect of its history, including the movie that shone a light on it, and included it as part of a long list of treatments the hospital has used. Some have worked (medications, shock therapy), some have backfired (lobotomies) and some seem goofy today (hydrotherapy, or soaking people in bathtubs of varying temperatures).

Hospital superintendent Greg Roberts told the crowd on Saturday morning that understanding this history, the story of how mental health treatment has changed and improved, is crucial to helping move away from the stigma that mental health issues have traditionally suffered under.

“This is a balanced story of the past, the good and the bad, giving human faces to those with mental illness,” Roberts said.

It is important to see how far the field has come, he said, from the days of the “Cuckoo’s Nest” and before. Today, treatment is geared toward the idea that “most people with mental illness are more than capable of living productive lives outside the hospital,” he said.

“Seeking help for mental illness should be no different from any other disease or disorder,” he said.

It was not always so.

People spent their entire lives in OSH, said volunteer Frank Zandol, who has been helping for two years to create the museum.

“The most surprising thing for me, really, was the fact that people died here,” Zandol said. “It never occurred to me that people were here that long.” The hospital had a crematorium and a cemetery to deal with the deaths inside its walls.

But it wasn’t all death and lobotomies. There were the farms, the gardens, the productive work. Countless psychologists, nurses and chaplains have trained at the hospital. Patients held dances, socials, movie screenings, put together choirs and bands, and once went on an extensive wilderness trip that was written up in Time magazine.

That’s all in the museum, too.

It’s the story of mental health and the treatments that worked, the ones that didn’t, the people who recovered, the ones who didn’t, and the patients there now, struggling with their own recoveries.

At the museum opening on Saturday, Nichols looked around at the hundreds of people soaking in the story he is a part of.

“I didn’t know what to expect,” he said, “but it’s a wonderful thing that we’re the subject of this interest and dedication.” 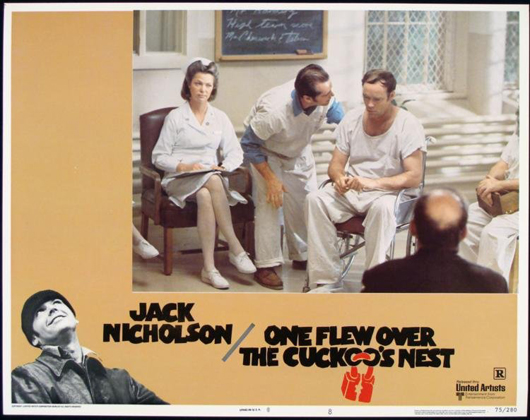 Movie poster for ‘One Flew Over the Cuckoo’s Nest.’ Image courtesy of LiveAuctioneers.com Archive and Universal Live.

Art is a powerful tool to help healing process in hospitals