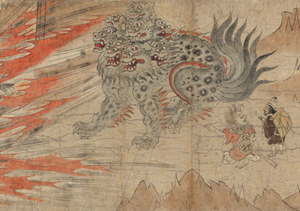 NEW YORK – Japan has enjoyed a long tradition of storytelling through paintings and illustrated books, which continues today in the popular art of manga (comic books for children and adults). Showcasing more than 90 vibrant works drawn from the New York Public Library and other local collections, as well as works from the Metropolitan Museum of Art’s own holdings, “Storytelling in Japanese Art” will trace the rich history of illustrated narratives that thrived in the medieval and early modern periods of Japan.

The focus of the exhibition will be on some 20 rare illustrated hand scrolls called emaki. Highlights among them will be: an exceptional fragment of the set of hand scrolls nicknamed Frolicking Animals, whose parent scrolls in Japan have the designation of National Treasure and are often referred to as ancestors of modern manga; The Tale of the Drunken Demon, capturing a dramatic and gory scene of a warrior chopping off a demon’s head; and the Illustrated Legend of Kitano Shrine, a set of five hand scrolls that will be displayed simultaneously for the first time. Dating from the 12th to the 19th century, the exhibition will also include works in other formats: hand scroll, fan, book and screen.

Illustrated hand scrolls represent an artistic tradition that stretches back to the eighth century in Japan. Extant emaki from the 12th and 13th centuries represent the quintessence of narrative presentation in this highly developed format. The tales, many now part of the canon of classical Japanese literature, include miraculous events of the Buddhist and Shinto religious traditions, romantic trysts of courtiers and court ladies, heroic adventures of men and women during times of war, antics of animals in the roles of humans, and the macabre escapades of ghosts and monsters.

The exhibition also will feature works in various formats illustrating dramatic episodes from The Great Woven Cap, a tale of Fujiwara no Kamatari, the founder of the powerful Fujiwara clan. In its climactic scene, a female diver is chased by a dragon.

Some 20 works of art will be rotated into the exhibition in February.

The exhibition will include full views of some of the hand scrolls in the exhibition on iPad displays within an exhibition reading area. A lavishly illustrated publication and an Audio Guide will also be available.

In conjunction with the exhibition, a variety of education programs will offer various audiences opportunities to consider the themes and visual richness of the show. These include a Sunday at the Met on Feb. 26, gallery talks, a special afternoon gallery workshop exploring storytelling traditions in Asian art, films and a manga workshop for teens connecting works in Nolen Library’s new graphic novel collection with in-gallery explorations of the exhibition. Unless otherwise noted, all programs are free with museum admission.

The exhibition, which runs through May 6, will be featured on the museum’s website (www.metmuseum.org). 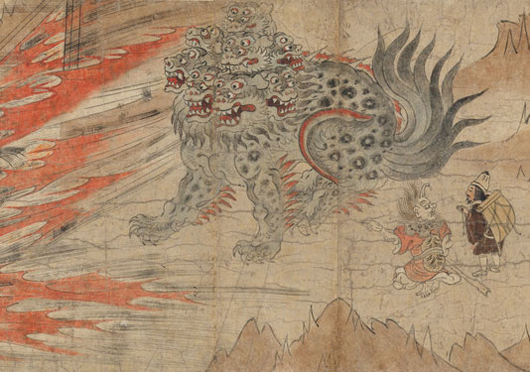 Beauty of Japanese calligraphy at Metropolitan Museum of Art