NEW YORK – The Metropolitan Museum of Art announced today the endowment of the Museum’s directorship position, made possible by a generous donation from the Marina Kellen French Foundation and the Anna-Maria and Stephen Kellen Foundation. In recognition of this major gift—which will also provide important support for the Museum’s general operating expenses—the role of Director has been renamed the Marina Kellen French Director. Max Hollein, Director of The Met since 2018, is the position’s first incumbent, effective immediately.

Daniel H. Weiss, President and CEO of The Met, said, “We are immensely grateful to Marina Kellen French for this remarkable gift, which helps ensure the Museum’s strong artistic leadership for many years to come. For more than 70 years—almost half of The Met’s history—her family has championed the arts and enabled the Museum to become a global leader in the cultural sphere.”

“It is a privilege to take on a title that celebrates Marina Kellen French’s outstanding generosity and longtime commitment to The Met,” said Director Max Hollein. “We are deeply thankful for this meaningful contribution to the Museum.”

Marina Kellen French commented, “It is a great joy and honor to support The Metropolitan Museum of Art. I inherited my love of the arts from my parents, whose passion for The Met stemmed from their desire to give all New Yorkers access to an incredible art institution while also inspiring a global audience. Both of these missions are equally if not more important today.”

The Director is responsible for the vision and leadership of the Museum and its encyclopedic collection of nearly 2 million objects spanning 5,000 years. The Director’s responsibilities include oversight of the Museum’s curatorial, conservation, and scientific research departments; its exhibition and acquisition activities; education and public outreach; and other mission-oriented areas, including the libraries, digital initiatives, publications, imaging, the registrar, and design.

An avid supporter of the arts, both in the United States and abroad, Marina Kellen French is the vice president of the Anna-Maria and Stephen Kellen Foundation and president of the Marina Kellen French Foundation. She is a Trustee of The Metropolitan Museum of Art, where she serves as Chair of the Visiting Committee for the Department of European Sculpture and Decorative Arts. In 2012, she endowed the department’s Marina Kellen French Curatorship, currently held by Wolfram Koeppe. She also pioneered The Met’s Executive Leadership Program with Columbia Business School, which allows Met employees to receive MBA-level mid-career education.

Her family’s generosity to The Met over many years has been broad in scope and profound in effect. She is the daughter of the late Anna-Maria Kellen, a Met Benefactor and Honorary Trustee, and the late Stephen M. Kellen, also a Met Benefactor, who were Chairman’s Council Members and major donors to the Department of European Sculpture and Decorative Arts and the Department of Modern and Contemporary Art. The Kellens’ generous support of the Museum included funds for acquisitions of works of art, exhibitions, and publications, as well as an endowment fund for exhibitions of German art. Committed to making the arts accessible for all, the family’s philanthropy enabled free admission to The Met for students throughout the New York region, as well as broadened access to other arts institutions.

Ms. Kellen French is also a trustee of the Hospital for Special Surgery, Carnegie Hall, the American Academy in Berlin, and the Museum of Contemporary Art in Los Angeles. She is a member of the Trustees’ Council of the National Gallery of Art, a managing director of the Metropolitan Opera, and a life trustee of the Morgan Library and Museum and WNET Channel 13. In 2014, she received the Officer’s Cross of the Order of Merit (First Class) of the Federal Republic of Germany for her exceptional work in German-American relations. In April 2019, the Bard Graduate Center honored her with the Iris Award, given to an outstanding individual who has contributed to the study and appreciation of the decorative arts. She also named the Artistic Director position at the Park Avenue Armory. Ms. Kellen French graduated from the Brearley School in New York City and the University of Lausanne, Switzerland, and attended the New York School of Interior Design. 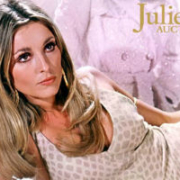