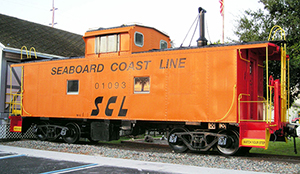 Today, after extensive renovation, the caboose has been sold and moved to the St. Charles Area Museum for public display.

Carol Bray purchased the caboose in 1986 after a suggestion by her father, Ralph Garlick, who used to work at Railway Express delivering mail.

Bray told The Saginaw News that she went to Flint, Mich., to check out the caboose a couple times before purchasing it, bringing Garlick along once to inspect it, who said it was a good deal because of the potbellied stove inside it.

Garlick never got a chance to see it in Bray’s backyard, as he passed away before the caboose was moved to their home.

Bray continued to renovate the caboose, sandblasting and staining it to look like its original condition when it was built in 1941.

The renovations were finished in either 2001 or 2002, and Bray said she would use it at Christmastime and light it up with decorations.

Bray said she was approached by Jim Palmer, owner of the St. Charles Area Museum, about two years ago to see if she was interested in selling it.

“I had no (plans) of selling it until … Joe came knocking at the door,” she said.

Palmer said he casually mentioned to a friend he was thinking about buying a caboose, when he was told that Bray owned one.

What decided that she was going to sell the caboose, Bray said, was that St. Charles was going to keep it in its original condition and make it something people can come and learn about its history.

“My fear was always having it made into a popcorn stand or an ice cream (stand) or something like that,” she said.

“My intention of restoring the caboose was always to keep it in its original condition. So it could be… appreciated by the younger generations.”

The caboose was lifted off its wheels and put on the flatbed of a semi-truck, while the wheels were moved separately and placed on the train tracks at the museum for the caboose to be placed.

“We’re looking to show people what it was,” he said. “It’s going to be well taken care of.

“For what the trains were back in the ’40s … they were an important entity at one time.”

Information from: The Saginaw News, http://www.mlive.com/saginaw 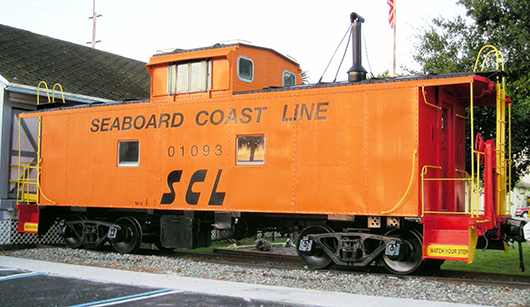