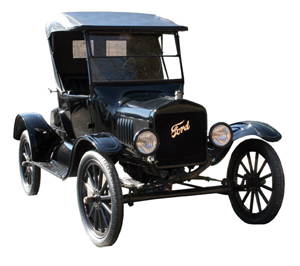 When he steps out of the Model T Ford Museum at 309 N. Eighth St., he sees murals, historic buildings, eateries, a chocolatier and blues clubs.

Directly in front, he sees a new parking lot under construction.

Klehfoth, chief executive officer of the Model T Ford Club of America, can’t be happier with the museum’s new home in the city’s Historic Depot District.

“It’s fun and exciting to see people walking around and enjoying the area,” he said Monday. “We want to be here, and hopefully, we can add to the success of the area.”

The museum moved to North Eighth earlier this year from Interstate 70 and is almost ready to open its doors. Klehfoth said the remodeled building recently passed the final city inspection and is planning a grand opening in the next few weeks.

“This is a Richmond museum, and we want to make it fun and educational,” he said. “Already there is interest. People have been stopping by to see if we’re open.”

On Monday, Jim and Sally McNeill of New Paris, Ohio, brought their friend Preston Hartmann from Ellicott City, Md., to see the museum. Long a Model T Ford enthusiast, Hartmann is a member of the Model T Ford Club of America.

“This is a chance to see history,” Hartmann said. “Young people don’t have any idea what cars looked like back then, but here, you can see them in the flesh.”

Hartmann and the McNeills planned to further explore the depot district.

“It’s great to have a restored area, for tourists and for residents as well,” Hartmann said.

The museum moved from the Centerville Road exit on I-70 west of the city when Warm Glow Candle Co. expanded. The museum’s new home became available when the city of Richmond gave money to the city’s Economic Growth Group, which purchased the building and property and donated it to the Model T Ford club, a California nonprofit corporation.

Club officials in turn agreed to pay $2,500 per year in lieu of property taxes to the city for 25 years.

The museum boasts 14 vehicles on display, owns four more and has two more Model Ts—a snowmobile and a race car—ready to be put out for visitors.

The vehicles include roadsters, an ambulance, a fire truck, a station “hack” and a farm “stake” truck. Most have been donated for display by club members or are on long-term loan.

Klehfoth said there is still some lighting and plenty of exterior work to be done but said he was pleased to be ready to open. He said he hopes the museum will expand its physical space in the next few years.

“We’re excited about the future. We will need more space,” he said. “But right now, we’re gearing up to get open. We owe this community. They’ve been very good to us, and we want to give back.” 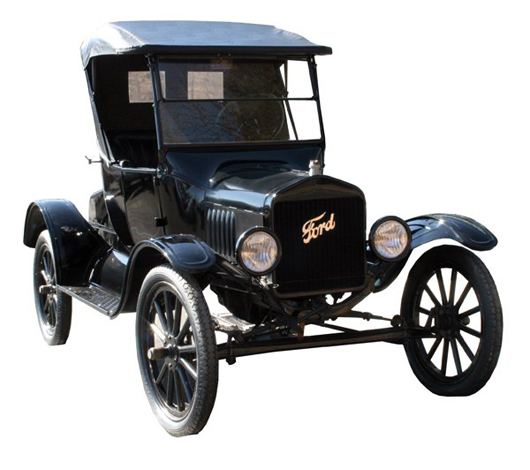