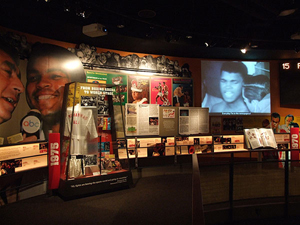 LOUISVILLE, Ky. (AP) – The Muhammad Ali Center and a Michigan art gallery have settled a dispute over whether and how to display more than 180 pieces chronicling the champion’s career and donated to the center.

In a joint statement, Ali Center spokeswoman Jeanie Kahnke and the gallery said Friday that the agreement allows the Louisville-based center to display the artwork at its discretion as space becomes available. The two sides also agreed that only works included in an online authentication database or otherwise verified would be displayed by the center or offered for sale by Park West Galleries of Southfield, Mich.

“Due to the Ali Center’s current space limitations, the donors and Park West have agreed that, should the works be displayed, they will be displayed at the sole discretion of the Ali Center,” Ali Center spokeswoman Jeanie Kahnke said.

The Ali Center sued Park West on Tuesday, saying six pieces donated to the center had autographs that could not be authenticated. The center sought to force Park West to either take back the questioned pieces or allow the center to display them at its discretion. The center filed Thursday to dismiss the suit against Park West.

At issue was the authenticity of Ali autographs on six pieces donated in September 2009. The Ali center said the signatures are not Ali’s and are not in an online database that authenticates signed artwork.

Park West Gallery donated 151 photographs and 31 mixed-media paintings with the agreement that the Ali Center would retain the art in perpetuity, but had to display the pieces with plaques noting where the art came from. Park West told officials that the pieces were hand signed by Ali and were listed in the database of Online Authentics, a company specializing in authenticating sports memorabilia, the center said in the lawsuit.

After discovering the signatures weren’t Ali’s, the center tried to return the donation, but Park West refused to take it back or allow the donation agreement to be altered, the center alleged.

In recent years, Park West has been the target of 18 federal lawsuits in six states, each alleging fraud by the Michigan art dealer, which has been in business since 1969. The allegations in the lawsuits were all similar: That an employee of Park West billed a piece of art as rare and valuable, but that turned out to be either worth far less than billed or completely worthless to the buyer.

Many of the suits, which involved art sales on cruises, were consolidated and later settled. 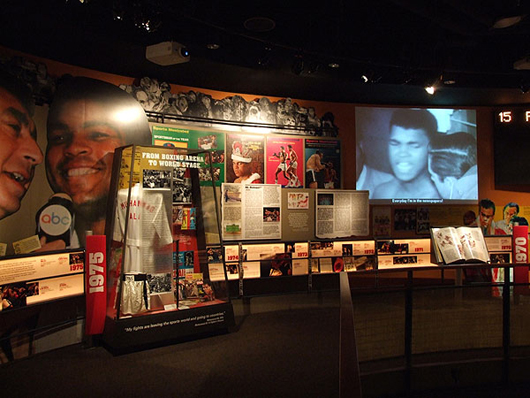