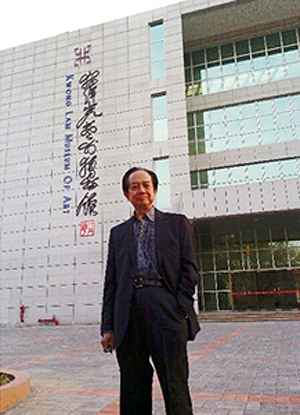 Located in the Cultural Department of Xinhui in the city of Jiangmen in Guangdong Province, the Kwong Lum Museum will display the artist’s work and the Sai Yang Tang Collection of antiquities and contemporary art. It will also be center for Sino-foreign cultural activities and a facility for research on antiquities from the Xinhui district.

A New York City preview of works in the museum’s permanent collection opens on Feb. 16 and runs through Feb. 18 at Gianguan Auctions, 295 Madison Ave.

Artistically, Kwong Lum enjoys a reputation for innovating a modern form of calligraphy known as “ink splash painting.” As early as 1985, his oeuvre had matured into a mural entitled “The New Eighty-Seven Immortals,” in which figurations of men and women moved together in excessive celebration reflecting a style that was prevalent in the Tang Dynasty. It was the first time a contemporary Chinese artist had advanced such a notion.

In the early ’90s, Kwong Lum and his student Jia Chen evolved a technique for making calligraphy flow into free-form pictorial signs. Foregoing the meaning of the individual signs, the technique they called “unconstrained freehand cursive script” allowed the artist to achieve an unbridled spontaneity that integrates both tension and harmony.

Lum uses commercial paint rollers to create large ribbon-like configurations with a stylized abstraction. Using the same technique and smaller rollers, Kwong Lum creates a foreground and details which, in the case of his acclaimed 199X series Crying Warhol, resulted in portraits of Andy Warhol, Jackson Pollock, Roy Lichtenstein, Mark Rothko and others.

While stating he is he is Inspired by the Chinese philosopher Lao-Tzu, Kwong Lum also draws on the experiments of the Cubists Picasso and Braque Cubists who explored this idea early in the 20th century. It was then revived by DeKooning during the mid-20th century.

The Kwong Replace Museum of Art in the Cultural Department of Xinhui in Guangdong Province is a 592,015-square-foot structure that will provide exhibition space for Lum’s works of art as well as a studio in which he can work. Designed by Zhang Yu Pearl River International Architects and funded by the Cultural Department, the museum is built on the site of a Botanical garden and zoo in the center of the town of Xinhui.

The museum also has educational facilities and will provide a research base for the study of antiquities in the Xinhui district, with a focus on the Song to Qing Dynasty. Plans are underway to establish a foundation at the museum to facilitate Sino-foreign cultural exchange activities.

In addition to Lum’s works of art, the museum’s permanent collection will include antiquities from his personal collection, known as the Sai Yang Tang Collection. Among the works of art are such Song Dynasty treasures as Emperor Huizong’s calligraphy and painting, Gen. Yue Fei’s hand-written calligraphy. Contemporary masterworks include those by Qi Baisi, Li Keran, Wu Changshu and Ding Yanyong. Porcelain items include Famille-rose enamel porcelain, Wucai porcelain, underglazed blue and copper red.

Kwong Lum is a Chinese American artist and scholar living in New York. He s a graduate of Ontario College of Art and president of Gianguan Auctions.

Known for an ink splash technique that evolves traditional calligraphy to abstractions, Lum’s works are included in the permanent collection of the Johnson Museum at Cornell University.

He has been profiled on China Central Television Program David’s File: The Treasure Archives of China, broadcast in 2005 in a four-part series. He has been named Passionate Mad Collector. 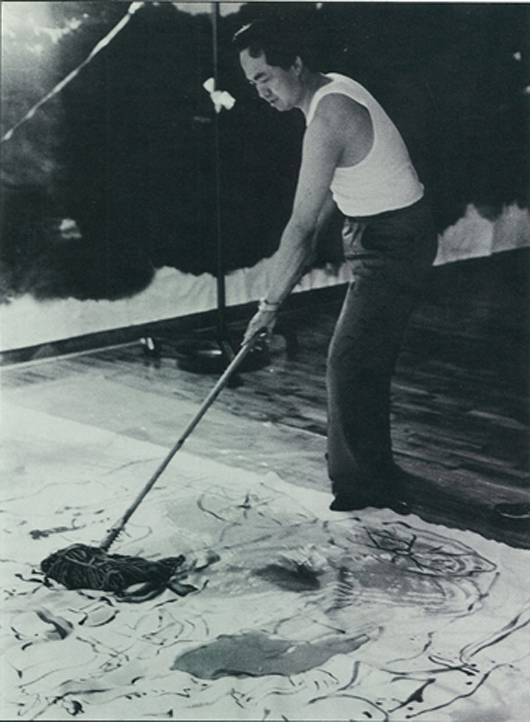