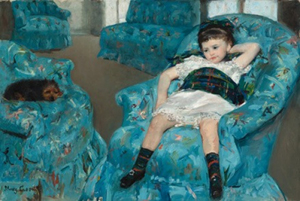 WASHINGTON (AP) – Works by Edgar Degas and Mary Cassatt usually reside in separate French and American wings of an art museum, and rarely ever do their paintings hang together.

Now the National Gallery of Art is studying how these impressionists influenced each other while working in Paris and how Cassatt introduced Degas to American audiences. A new show “Degas/Cassatt” opened Sunday as the first major exhibition to explore their relationship.

With little documentation left to research the interaction, curators carefully analyzed several artworks to reveal the artists’ collaboration and used technology to gain a clearer view. During an extensive cleaning and analysis of Cassatt’s painting Little Girl in a Blue Armchair, the museum used x-rays and infrared imagery to reveal changes Degas made under the surface of Cassatt’s picture.

Conservators found brushstrokes true to Degas’ style and a change in the orientation of Cassatt’s picture. She almost always used a straight horizon line in her paintings, but Degas used strong diagonals. Infrared imagery revealed Degas had drawn a diagonal line on Cassatt’s canvas to suggest a change.

“We learned a lot more about the relationship between the two artists,” said conservator Ann Hoenigswald. “He wasn’t going to just finish her painting. I think he really respected her so much that he could say, ‘um, I think this is going to work, it’s going to expand the sense of space, and now you finish.’”

Infrared imagery also showed Cassatt tried moving a dog in the picture to the floor but changed her mind and painted over it.

Cassatt later wrote about her work with Degas. “I had done the child in the armchair, and he found it to be good and advised me on the background, he even worked on the background,” she wrote. But curators knew little more until now.

As a serious artist, Cassatt was frustrated when people thought she was Degas’ student or protege, Curator Kimberly Jones said. It was an inevitable conclusion at the time because she was a younger woman.

“I hope this exhibition will confirm that they really were peers,” Jones said. “They were colleagues, and it was a level playing field between them. He might have had more experience, but she was a fast learner.”

Degas’ influence on Cassatt is widely known in the art world, but Cassatt’s role in shaping Degas’ work has been more of a mystery. The best example is in their experimentation with metallic pigments and different materials, Jones said.

Degas saw Cassatt introduce gold or bronze materials into her paintings and decided to try it himself for his Portrait After a Costume Ball (Portrait of Mme Dietz-Monnin).

“I think it’s just a fantastic back and forth,” Hoenigswald said.

It was a moment of intense collaboration and experimentation around 1879 for the two artists, and then they moved on to other pursuits, Jones said.

Later Cassatt would write to American collectors about how only those with the most discriminating taste would appreciate works by her and Degas – a subtle marketing of the impressionists.

“Degas/Cassatt” will be on view in Washington through Oct. 5. 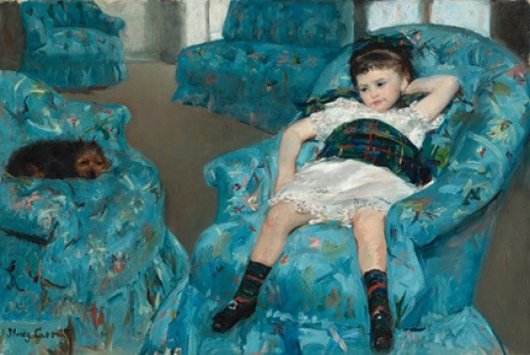 Landmark Miro exhibition at National Gallery of Art through Aug. 12

Appraisers Association seminar on today in NYC
Scroll to top