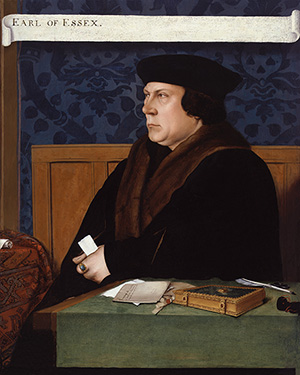 LONDON – A new display exploring the high demand for copies and versions of portraits by Tudor court painter Hans Holbein the Younger has opened at the National Portrait Gallery, London.

“Hans Holbein Re-made” brings together a selection of important copies of the celebrated German artist’s portraits, revealing at the same time new research that has emerged from the gallery’s ongoing “Making Art in Tudor Britain” project.

During Henry VIII’s reign, Hans Holbein the Younger undertook many portraits of prominent individuals at court, such as Thomas Cromwell, Thomas More and William Warham. In the years following his death in 1543, Holbein’s portraits came to be prized, and demand for his work increased, due to both the importance of his sitters and his own fame and reputation as a highly skilled artist. As a result, there was a lively market for copies of his portraits, with artists producing paintings that faithfully mimicked both the composition and coloration of the original works.

“Hans Holbein Re-made” will show a selection of copies of Holbein’s portraits from the National Portrait Gallery Collection, including William Warham, John Fisher, Sir Thomas More and Sir Richard Southwell, all of which have undergone technical analysis as part of the Gallery’s “Making Art in Tudor Britain” research project. This research has revealed new information about how and when the paintings were made, and about the techniques that were used to ensure that the finished works skillfully evoked the originals.

The copied portraits were produced by making patterns from the original drawings and paintings, and by deliberately trying to imitate Holbein’s techniques. It is thought that the artists would have had access to the original Holbein painting (or direct patterns from the original) as the features and proportions of the figures are often matched with considerable exactitude. The differences between the portraits show that, far from being the specialist production of a single workshop, the copies were produced by artists working in numerous different studios. The number of surviving works of this type suggests that there was a lively market for such paintings during the reigns of Elizabeth I and James I.

A portrait of Thomas Cromwell, Earl of Essex, which is thought to be one of the first miniatures Holbein painted, will be displayed alongside a digital interactive screen that will allow the technique used in the portrait to be compared with that seen in another miniature thought to be by an artist working in Holbein’s studio.

A German painter, printmaker and designer, Holbein (1497 or 1498-1543) became best known in England for the compelling realism of his portraits. The son of artist Hans Holbein the Elder, he learned painting from his father and worked in Basle, Switzerland, before moving to London. Holbein worked in England from 1526-28 and returned in 1531/2, remaining here until his death. In addition to becoming court painter to Henry VIII he painted several courtiers, gentry and merchants. Over 80 of his portrait drawings survive, along with miniatures and paintings, providing a remarkable document of the period.

“This exciting new research has shown how the memory of the key personalities of Henry VIII’s court was kept alive through the creation and display of newly made portraits at least 50 years later,” said Tarnya Cooper, chief curator of the National Portrait Gallery. 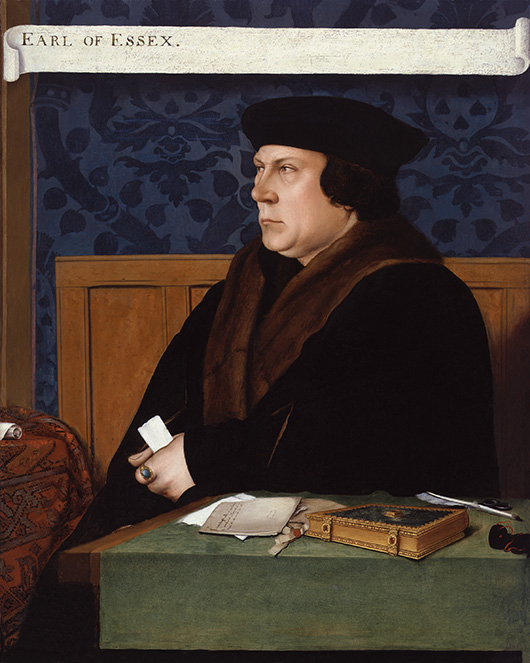 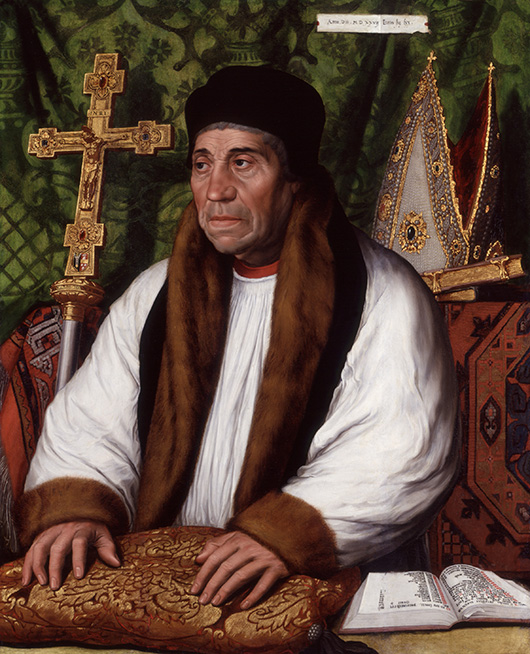