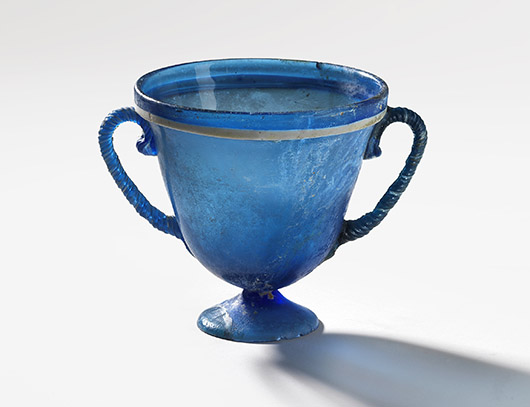 The gift from Robert and Renee Belfer was announced by the museum Wednesday. It comes as the institution celebrates its 50th anniversary this year. An exhibition titled “A Roman Villa – The Belfer Collection” showcasing approximately 100 of the objects will be on view at the Israel Museum from June 5 through Nov. 21.

The collection is “one of the most important private holdings of antiquities anywhere,” museum Director James Snyder said in a telephone interview from Jerusalem.

He called it a “transformative gift” of “pristine” and “superlative” examples that will strengthen and enhance the museum’s current collection of Greco-Roman artifacts.

“For us it’s like the exquisite icing on the cake,” he said.

The collection includes cast vessels and blown and mosaic glass pieces, ranging from the 14th century B.C., the Late Bronze Age, through the 14th century, the Islamic period.

There are also about 50 important works of Greco-Roman sculpture and relief work, including bronze and marble sculptures, mosaics, frescoes and pottery.

“A gift from New York of material with such a special meaning here resonates with the museum’s narrative about local and global connections,” the director said.

Among the highlights is a first-century Roman marble head of a youth, an Egyptian 18th Dynasty glass jar and a Roman mosaic from the second century of an amphitheater, featuring the gods Poseidon and Amphitrite and two ships with sailors.

Snyder said the Belfer gift was significant to Jerusalem in two ways. First, because glass-making was an important development in the region and the technique of glass-blowing in the first century B.C. appears to have emerged first in Jerusalem, he said.

“Secondly, the aesthetics of Greco-Roman culture had a hugely important influence on the local iconography of ancient Israel from Second Temple times through the fall of the Roman Empire,” Snyder said.

He noted that the Belfers began amassing their antiquities collection nearly 50 years ago, around the same time that the museum was founded. Today, the Israel Museum houses encyclopedic collections, ranging from prehistory through contemporary art, and is recognized for its extensive Biblical and Holy Land archaeology, including the Dead Sea Scrolls.

“When deciding on an ideal home for our collection, we could not think of a more fitting venue than the Israel Museum, especially for its emphasis on the foundational narrative of humankind that is so relevant to us all today,” Renee Belfer said in a statement.

“Our collection represents an important chapter in the history of civilization,” a story the museum will help preserve and share “in perpetuity from Jerusalem, one of the central sites of that long history,” added Belfer, who serves as chair of the executive committee of the American Friends of the Israel Museum.

The Belfers are prominent patrons of the arts whose financial support established the Robert and Renee Belfer Court for early Greek art at the Metropolitan Museum of Art in the 1990s. 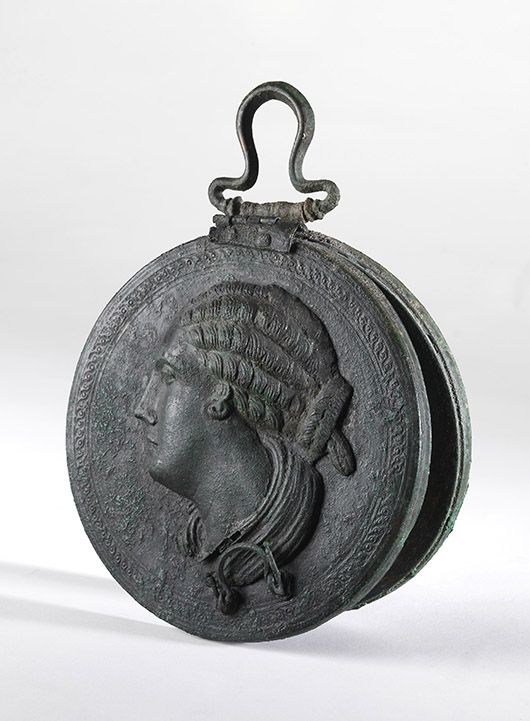