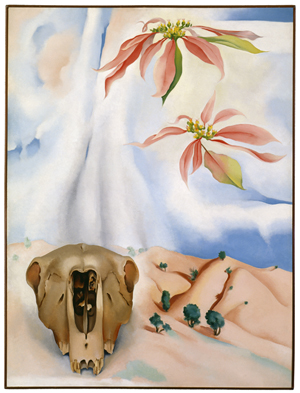 The exhibition is produced by International Arts®. Focusing on still lifes, representations of an object or groups of objects, the exhibition will feature more than 50 works that provide fascinating examples of art’s capacity to capture the essence of “a particular place.”

“’Georgia O’Keeffe and the Southwestern Still Life’ highlights the power of O’Keeffe’s works, within the context of other great American painters who worked in the Southwest at the same time as O’Keeffe,” said Dr. Charles L. Venable, director and CEO of the Indianapolis Museum of Art. “The dynamic works in this exhibition present how early 20th century artists working in the Southwest, particularly New Mexico, had the remarkable ability to capture the energy of a place and time in paint.”

The stark beauty, unusual architecture and unique light of the American Southwest have inspired artists for generations. In 1917, O’Keeffe traveled through New Mexico in search of new inspiration and, in 1949, captivated by the landscape and culture, she settled there permanently. “Georgia O’Keeffe and the Southwestern Still Life” brings to light how O’Keeffe found inspiration in some of the simplest of subjects, and reveals how her depictions of these objects were anything but mundane. Her enlarged views of flowers, trees, shells, rocks and crosses are emblematic of her embrace of the genre. The sun-bleached bones she gathered in the New Mexico desert became subjects of some of the most famous depictions of the region.

O’Keeffe’s iconic works fueled the imaginations of artists for decades to follow and inspired a vibrant artistic scene that began in the early 20th century and still thrives today. Including additional still life works by artists such as Marsden Hartley, Raymond Jonson and Victor Higgins, this exhibition will present the paintings of O’Keeffe’s contemporaries in the context of their shared passion for the region and the genre.

“This exhibition provides visitors with the opportunity to explore Georgia O’Keeffe’s life, career, and fascination with the American Southwest through some of her most iconic work as well as many of her lesser-known, but none-the-less significant paintings,” said Harriet Warkel, the IMA’s guest curator of American Art. “O’Keeffe inspired thousands of artists to travel west during the 20th century and the phenomenon spurred a fascination with the culture and landscape that is evident in the still-life paintings examined in this exhibition. The exhibition will enable visitors to further their knowledge of many of those artists as well as gain insight into the unique culture of the region itself – all through the artifacts that were captured in paintings.”

“This exhibition brings much needed attention to the painted interpretations of the American Southwest by O’Keeffe and her contemporaries. It explores the ways these artists took simple, seemingly mute objects and with them conveyed natural and human dramas that described a distinctive locale and its rich cultural history,” said Dr. Eldredge. 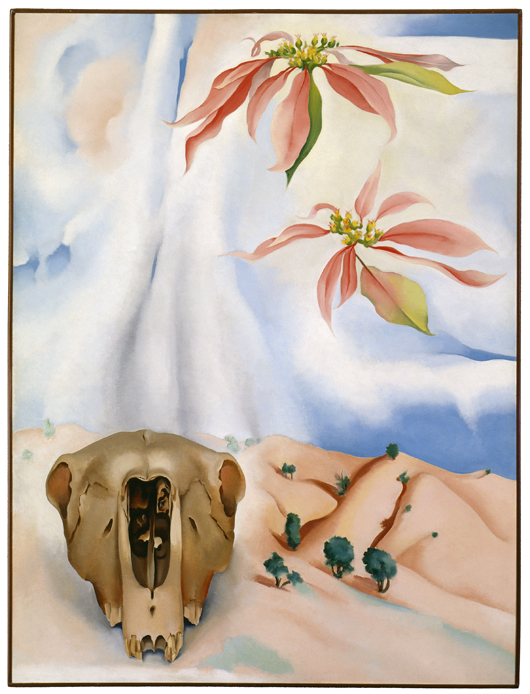 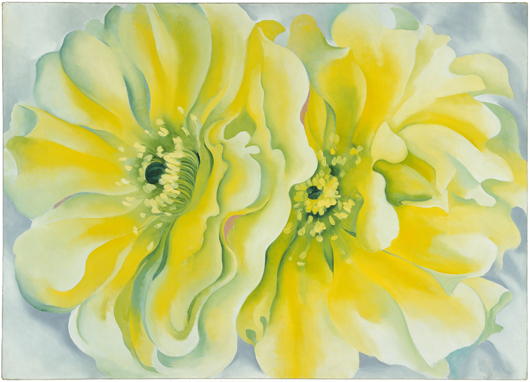