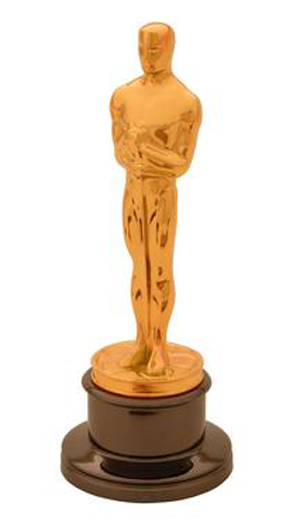 The ultimate award in motion pictures is the Oscar statuette, which is the copyrighted property of the Academy of Motion Picture Arts and Sciences. The statuette and the phrases

LOS ANGELES (AP) — Academy Awards overseers have the expertise and memorabilia. The Los Angeles County Museum of Art has the know-how to run a world-class exhibition space. So the two outfits have hooked up to create what they hope will be the finest museum in the world devoted to moviemaking.

While there is no definite timeline, organizers said they hope the film museum — housed in a landmark department store building that is now part of the LACMA campus along Wilshire Boulevard — could open in three to five years.

“There are a lot of movie museums all over the world. They’re growing in number, but there isn’t one in Los Angeles, the film capital of the world,” Dawn Hudson, chief executive officer of the Academy of Motion Picture Arts and Sciences, said Wednesday. “There isn’t one the academy is presenting, and it just seems like a gap, that we should be the ones leading the way for the definitive film museum.”

Over the decades, the academy has accumulated a huge collection of goods related to movies, including rare film prints, posters and scripts. That material would form a foundation for the film museum, which would include permanent and rotating exhibitions.

The partnership announced Tuesday night is a shift from the academy’s plans to go it alone on a movie museum on land it owns a few miles away in Hollywood, near the theater where the Oscars are handed out each year.

The academy had to abandon that idea after the economy went sour, making it impossible to raise the funds needed to build a whole new facility for the museum.

Though they would not estimate the costs, organizers still will need to raise a huge amount of cash to convert the historic May Co. department store, built in 1939 and acquired by the art museum in 1994. But academy President Tom Sherak said planners will be getting twice as much space — 300,000 square feet at the May building compared to 144,000 square feet that had been planned at the academy’s Hollywood property — for less than half the money it would have taken to build from scratch.

They’re also getting an architectural landmark — its art moderne style includes a huge golden cylinder above the entrance — that went up the same year such movie classics as “Gone with the Wind” and “The Wizard of Oz” came out. The academy aims to sign a long-term lease for the building.

Times remain hard, but Sherak said the academy is creating an endowment out of its own pockets to help fund the museum.

And there is no shortage of rich, successful actors and filmmakers in Hollywood who will be asked for contributions once fundraising starts.

“The feeling is the time is right for Los Angeles to assert itself culturally, and we feel like people are committed to that cause,” said Michael Govan, the art museum’s chief executive officer.

Sherak said that for now, the academy will hang on to the property where the museum had been planned in Hollywood, which includes a former discount department store and a film post-production facility.

Some of the property will be razed, but some buildings will be preserved and used for academy exhibits and other events until the facility at the art museum is ready, he said.

The academy paid top dollar — reportedly $45 million to $50 million — for the Hollywood properties at the height of the real-estate boom, before the bubble burst in 2008. Land prices have tumbled since, but the academy owns the property outright and does not regret buying it, Sherak said.

“We own two blocks of land in part of what might be considered the heart of Hollywood,” Sherak said. “That land is going to be an incredible investment for whatever we decide to do.”