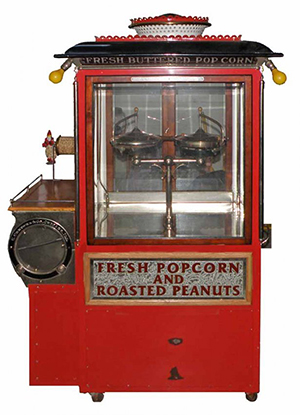 MARION, Ohio (AP) – From the back seat of the 1965 Mercedes-Benz convertible, Charlie Evers smiled and waved, celebrating all things popcorn as grand marshal of this month’s Marion Popcorn Festival parade.

He also wrestled with the irony of a celebration—and city—linked to popcorn when ConAgra had announced just weeks before that it was eliminating all 170 of its popcorn jobs in Marion County.

“We shipped more popcorn out of here than anywhere in the country,” said Evers, a local radio personality. “It’s rather puzzling right now. Since we’re losing our popcorn production, what are we going to do now for the popcorn festival?”

Some people think that Marion, hobbled by manufacturing losses in the 1980s, can’t afford any more hits to its economy or its image. The connection to popcorn, they say, might be tangential to daily life but is important to the city of 37,000 that calls itself the “Popcorn Capital of the World.”

“It’s a real tragedy, not only economically, but in the spirit and the image for the people,” said Elaine Peterson of Wooster, who was visiting the Wyandot Popcorn Museum in the center of town.

ConAgra is closing its Marion plant on Oct. 10, eliminating 146 jobs, and a second plant in Morral in Marion County, where 24 people work, next year. Both make Orville Redenbacher microwave popcorn. Kenneth Lengieza, planning director for the Marion City/County Regional Planning Commission, dismisses the impact on the region’s identity.

“It was great to have them here … but that would be like, if one car manufacturer left, it would blow the whole legacy of Detroit,” he said.

Marion’s popcorn image gained traction in 1981 with its first festival. But popcorn production existed long before that.

The Wyandot Popcorn Co. was founded in southern Wyandot County in 1936 and moved to Marion in the 1940s.

“For just a few cents, you could get a bag of popcorn and with butter; you felt like you got something really good. It was just a treat in a very down time in American history,” said Karen Herr, publicity chairwoman for the popcorn festival and the director of Marion Downtown, which promotes the city.

Focusing on other snack foods, Wyandot sold its raw-popcorn-processing operation in 1989, about the time ConAgra came to town. Wyandot still sends out two semi-truckloads of kettle corn daily, about 10 percent of its snack-food production, said Don Mount, vice president of sales.

But Marion’s manufacturing legacy is more than popcorn.

It included the Marion Steam Shovel Co. (later Marion Power Shovel), which closed in the 1970s. The company produced as much as 80 percent of the nation’s steam shovels and earth-moving equipment. The digging of the Panama Canal and transport of NASA’s Saturn V rockets were notable projects.

Today, the town is still home to Whirlpool Corp., one of the world’s largest makers of clothes dryers, as well as other industries. And it is the place Warren G. Harding, the nation’s 29th president, called home.

But city leaders wanted something palatable to build their festival around, Herr said. “They looked at all the things about their history. When they got to popcorn, they decided it was a festival food.”

At least for a weekend, the event is something to brag about, said Michelle Rotuno-Johnson, author of the recently published The Marion Popcorn Festival, a Fun-Filled History.

“I think it’s an important event because Marion has struggled and gives itself a bad reputation. If I hear negative stuff about Marion, it’s usually coming from residents,” Rotuno-Johnson said.

“I think a lot of people do wonder where the popcorn is. Around the festival, there aren’t a whole lot of vendors selling it,” she said. “It will be interesting to see, without popcorn manufacturing, where in the community we’re going to see that popcorn image.”

“I don’t think we’ll lose our identity just because popcorn left,” said Gale Martin, curator of the Wyandot Popcorn Museum, which houses popping machines and other artifacts. “The festival is more about our history of popcorn than the actual production of popcorn today. It started with the history.”

Copyright 2014. Associated Press. All rights reserved. This material may not be published, broadcast, rewritten, or redistributed. 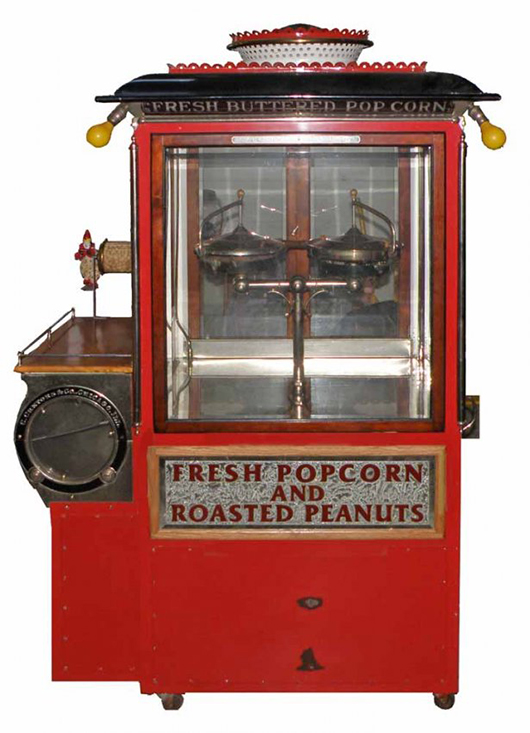 Indiana county’s museum nearly out of room for donated items