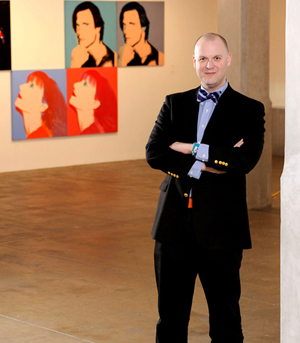 PITTSBURGH (PRNewswire-iReach) – After graduating in 1994 from the University of Pittsburgh with a double major in art history and Japanese, Eric Shiner began a one-year internship at The Andy Warhol Museum in Pittsburgh the week it opened its doors. He went on to become an expert in contemporary Chinese and Japanese art, and in 2008, he received a phone call from the then-director of The Warhol, asking him if he would like to become the Milton Fine Curator of Art. Shiner accepted the offer and returned to his hometown. He became director of the museum in January 2011.

In the days leading up to The Warhol’s private party at this year’s Art Basel Miami Beach, the American private aviation company XOJET spoke with Shiner about leading one of the most innovative museums in the world while protecting the work of one of the most famous artists in history.

XOJET: What distinguishes The Andy Warhol Museum and what are your goals?

ES: We’ve just completed a year-long strategic planning process that we’re going to start implementing in January. Goal #1 is how we become the source on all things Warhol, how we become the holder and the keeper of Warhol’s legacy, and how we share that with the world. Also, we’re going to start focusing on the visitor experience, and leading up to our 20-year anniversary in May 2014, we’re doing a huge ground-floor transformation, re-installing all seven floors of our galleries from top to bottom, and putting our gallery system into a chronological framework, so you see how Warhol still remains important today.

XOJET: Speaking of today, talk about technology and the museum’s engagement with social media.

ES: It’s in our blood, really, because Warhol was always an innovator in terms of new technology. It came to the point that developers of new products would come to him and ask him to utilize their product in the development of a new work of art. So when the Polaroid camera was invented, they went directly to Warhol and asked him to use it to see what he could do. The same with early tape recording devices, early video cameras, Andy even had an early Amiga computer. He was always ahead of the curve, and because of that, we always think in that direction as well. As Facebook and Twitter were developing, we wanted to be front and center, and we’ve been very successful. Right now, we have more than 485,000 followers on Twitter, making us the eighth-most-followed museum in the world.

ES: Absolutely. Think about Andy going home every night, leaving Studio 54 and calling his secretary to talk about the goings-on of the evening, then doing the same thing in the morning. He was constantly recording his life through tape recording and video. It was really an early form of Twitter and Facebook. The question I get the most is “Would Andy be tweeting if he were alive today?” I would say he would have been there from the beginning, because the developers of Facebook and Twitter would have gone to him first. Forget Yale and Harvard, it would have been Andy Warhol.

XOJET: How do you think Warhol would feel about the museum now?

ES: If you’d asked me that question 18 years ago, I think his first critique would be that it’s in Pittsburgh, instead of New York. But now I think that if he were witness to what we’ve achieved, he would be over the moon simply because this museum has helped the city move forward in terms of contemporary culture and open-mindedness probably more than any other institution.

Our motto is, “How do we take something that’s an anomaly and make it a paradigm?” Which is based directly on Warhol’s own life and experiences. What drives our selections in exhibitions is how someone from the outer fringes became one of the most important figures of the 20th century. I think he would have a lot of respect for that.

XOJET: Do you often have to put aside all thoughts of what Andy would do?

ES: Sure. At the end of the day, we have to make decisions based on the good of the museum, not the perceptions of what a ghost would want. Even though we think about what Warhol might do or like, we also remain critically distant, so we’re not all complete Warhol maniacs walking around in white wigs and black clothes. That would just be weird. We do make sure that we are being very critical to the concept of Warhol so we never pander.

XOJET: How have the roles museums play in everyday lives changed during your career?

ES: I’m constantly thinking about that, and of course we are paying close attention to what museums mean to people right now, what they’re going to mean to people in 10 years and 20 years. I think there’s going to be a paradigm shift where the physical experience, sadly, may not be as important to us as the digital experience.

XOJET: So where do you see your museum five, 10 years from now?

ES: We’re heading in so many exciting directions, much of which revolves around us being, once and for all, financially stable. We’re spending the next five years making sure we’re doing everything we can to build our endowment, but also to continue to share the collection and Andy with the world. Ultimately, we’re interested in technology helping us do that so we can involve many more people around the world who might also be able to help support us financially even at low levels of funding. We’re definitely exploring lots of new business development opportunities, and what’s more Warholian than that? He was a man who saw no differentiation between art and business whatsoever and I think it’s our responsibility to look at ways to continue doing that as well. 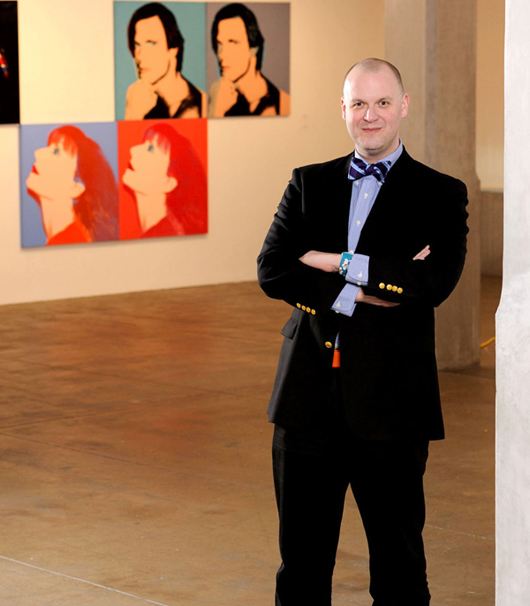