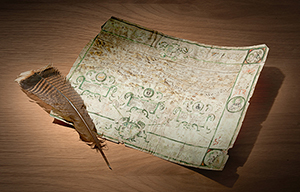 The Fray Angelico Chavez History Library has had the 12-inch-by-15-inch map on loan since it was first displayed at the state Capitol during the 2012 centennial of New Mexico’s statehood.

“It was bugging me all the time, looking at it and wanting it,” said librarian Tomas Jaehn.

Jaehn said he reached out to Rodrigo Lake, the antiques dealer who owned the map. After some negotiating, Lake offered to sell the map for $35,000. Jaehn said endowments and a donation from the Newman’s Own Foundation, the nonprofit started by the late actor Paul Newman, helped. But the final $5,500 needed came from donors who regularly go to Jaehn’s lectures or are patrons of the library.

The map, titled Provincia de Nuevo Mexico, is dated 1778 and includes the Rio Grande and the locations of mountains, towns and native tribes. It’s missing its left border. The right border has pictures of several saints.

No decision has been made about where the map will be displayed, Jaehn said. It may be incorporated into the Palace of the Governors exhibits, he said. The map is being stored between glass sheets and officials are waiting for a museum conservator to assess the document’s condition.

According to Jaehn, the map was compiled by a soldier and explorer from Alicante, Spain named Nicolas Lafora. A captain in the Corps of Royal Engineers, Lafora left Spain for Mexico in 1764. In 1766, he was chosen by New Spain to record information daily about the geographical coordinates and landscape features.

Only one other original, hand-drawn map is part of the library’s collection of 7,000 maps. The rest are prints. 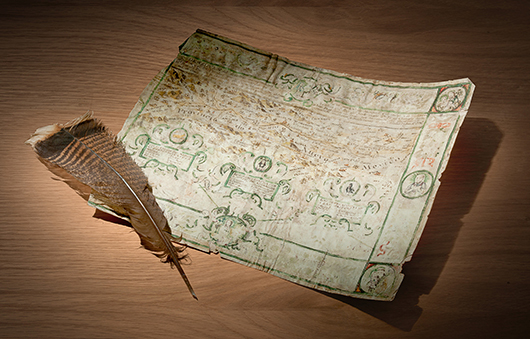 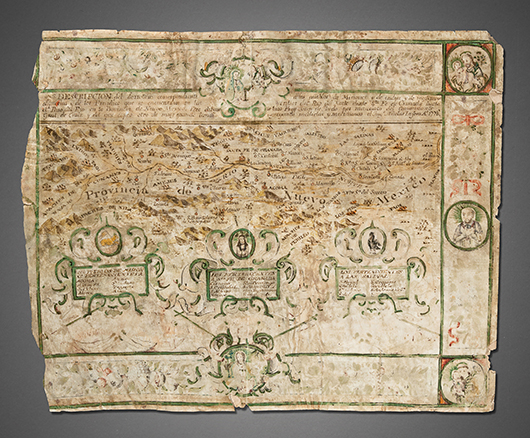 This early map of New Mexico is one of only two original, hand-drawn maps in the library’s collection of 7,000 maps. Courtesy Fray Angélico Chávez History Library, photo by Blair Clark