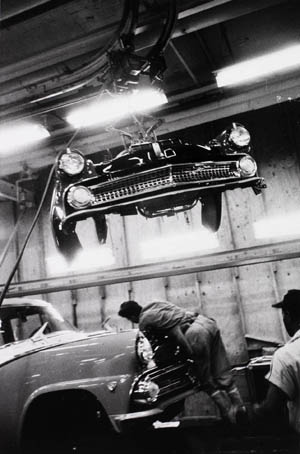 DETROIT – An exhibition of more than 50 rare and many never-before-seen photographs taken in Detroit by Robert Frank a half century ago will run at the Detroit Institute of Arts through July 3.

In 1955 and 1956 Robert Frank traveled the United States taking photographs for his groundbreaking book The Americans, published in 1958. With funding from a prestigious Guggenheim grant, he set out to create a large visual record of America, and Detroit was one of his early stops. Inspired by autoworkers, the cars they made, along with local lunch counters, drive-in movies and public parks such as Belle Isle, Frank transformed everyday experiences of Detroiters into an extraordinary visual statement about American life.

First editions of The Americans, published by Grove Press, have sold at auction in recent years for $4,600 to about $5,800.

According to Frank, The Americans included “things that are there, anywhere, and everywhere … a town at night, a parking lot, the man who owns three cars and the man who owns none … the dream of grandeur, advertising, neon lights … gas tanks, post offices and backyards.”

The exhibition includes nine Detroit images that were published in The Americans as well as, for the first time, an in-depth body of work representative of Frank’s Detroit, its working-class culture and automotive industry.

Frank was drawn to Detroit partly by a personal fascination with the automobile, but also saw its presence and effect on American culture as essential to his series. Frank was one of the few photographers allowed to take photographs at the famous Ford Motor Co. River Rouge factory, where he was amazed to witness the transformation of raw materials into fully assembled cars.

In a letter to his wife he wrote, “Ford is an absolutely fantastic place … this one is God’s factory and if there is such a thing – I am sure that the devil gave him a helping hand to build what is called Ford’s River Rouge Plant.” Frank spent two days taking pictures at the Ford factory, photographing workers on the assembly lines and manning machines by day, and following them as they ventured into the city at night.

Whether in the disorienting surroundings of a massive factory or during the solitary and alienating moments of individuals in parks and on city streets, the Swiss-born photographer looked beneath the surface of life in the United States and found a culture that challenged his perceptions and popular notions of the American Dream.

Further accentuating his view of America, Frank developed an unconventional photographic style innovative and controversial in its time. Photographing quickly, Frank sometimes tilted and blurred compositions, presenting people and their surroundings in fleeting and fragmentary moments with an unsentimental eye.

Beat poet Jack Kerouac expressed the complex nature of the artist and his work in a passage from his introduction to The Americans stating, “Robert Frank, Swiss, unobtrusive, nice, with that little camera that he raises and snaps with one hand he sucked a sad poem right out of America onto film, taking rank among the tragic poets of the world.”

Born in 1924 in Zurich, Switzerland, Frank emigrated to the United States in 1947. He worked on assignments for magazines from 1948-53, but his photographic books garnered the highest acclaim. After publishing The Americans, he began filmmaking and directed the early experimental masterpiece Pull My Daisy, in collaboration with Jack Kerouac in 1959.

Frank continues to work in both film and photography and has been the subject of many traveling exhibitions in recent years. The National Gallery of Art, Washington, D.C., established Frank’s photographic archive in 1990 and organized his first traveling retrospective, Moving Out, in 1995 as well as a 2009 exhibition Looking In: Robert Frank’s “The Americans.” 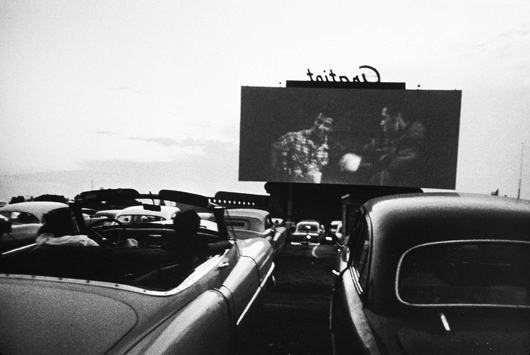 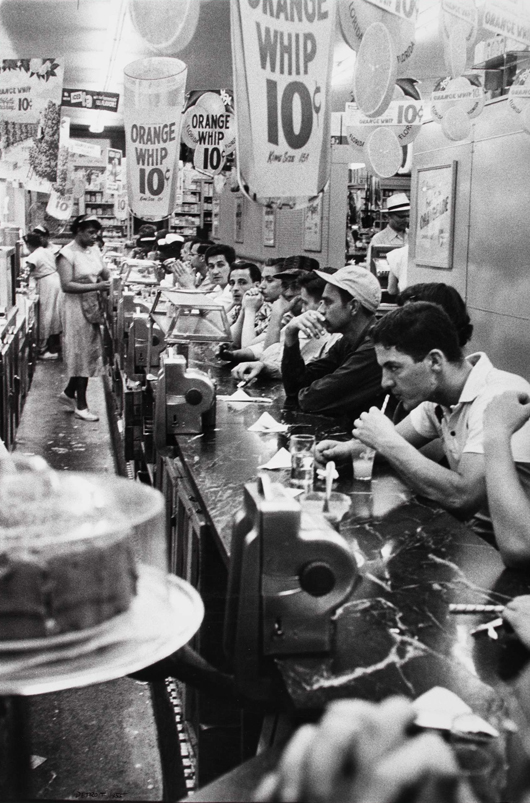