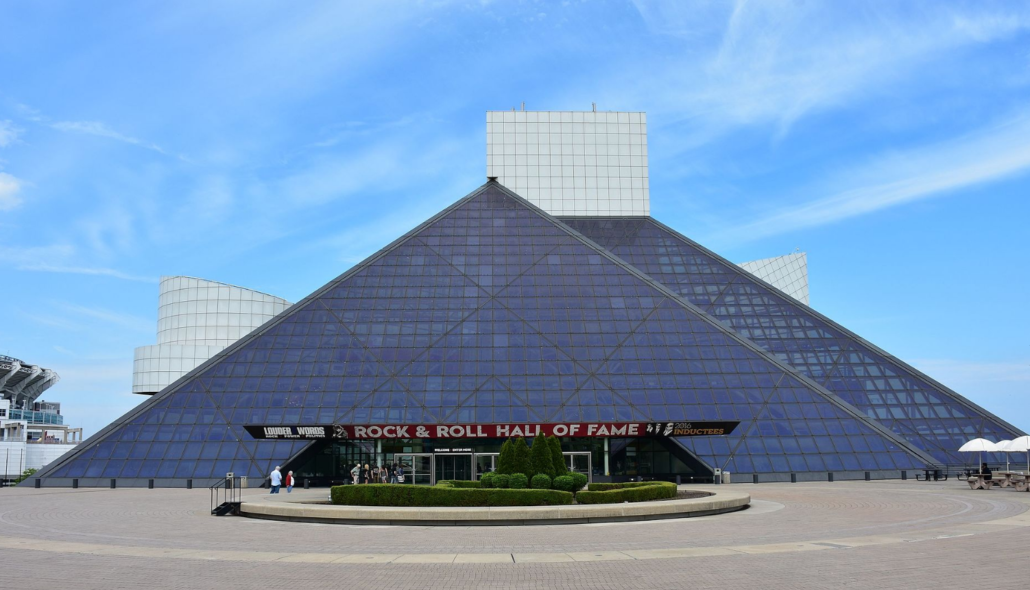 CLEVELAND (AP) – Rock ‘n’ roll fans can get a taste of what it’s like to be a star inducted at the Rock and Roll Hall of Fame beginning this weekend.

Fans will be able to enter an interactive booth and listen to Hughes recounting how a Rolling Stones concert he attended as a teenager ignited his passion for rock.

“When I saw all the hoopla and what was going on on the stage, I go, ‘I’ll have some of this, Mother? May I have a real electric guitar?”’ Hughes says.

The exhibit, presented to The Associated Press on Wednesday, opens to the public on Saturday. It will bring to life more than 30 years of the Hall’s legendary induction ceremonies through a pre-show, a short film and a post-film exhibition. It will feature a 12-minute reel of ceremony highlights by Academy Award-winning director Jonathan Demme, played on five moving screens.

Rock disciples also will see a Prince outfit, a Talking Heads bass guitar and other memorabilia from induction ceremonies.

Chuck Berry and Elvis Presley were among the Hall’s first inductees in 1986, and 802 artists have been inducted so far.

Visitors starting their tour of the exhibit will wait several minutes on a bridge suspended three stories above the Hall’s atrium and listen via a stretch of gold and black speakers to the names of Hall inductees in a roll call shout-out.

Then 130 people at a time can file into a theater to watch the highlight reel spliced together by Demme, who won an Academy Award for The Silence of the Lambs and died in April.

“A lot of excitement, a lot of speakers — ‘Make it loud’ is what he’d always say,” said Demme’s producer, Rocco Caruso.

With laser lights, concert smoke and sliding screens, audience members will be quaking in their seats literally — with bass speakers booming beneath them.

The film races through ceremony highlights of more than 100 artists, from Bob Dylan to Metallica, beginning with classic R&B singer Ruth Brown, known in the 1950s as Miss Rhythm, and ending with Prince’s 2004 rendition of the Beatles song While My Guitar Gently Weeps.

Prince’s black and red suit that night will be in a special showcase, along with the blue bass guitar Tina Weymouth played when the Talking Heads were inducted in 2002.

Hughes told the AP he hopes that by telling his story in the “Power of Rock” he may inspire the next generation of musicians who feel the same stirring he did that night in the 1960s, listening to the Rolling Stones.

“The artist is suffering. It’s difficult to make a living,” Hughes said. “But I see the same endeavor, the same hunger, as when I started out, and that’s all that really matters.”