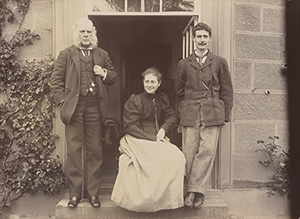 LONDON – The amateur photography of Rupert Potter, father of the celebrated children’s book author and illustrator, Beatrix Potter, will be explored in a new display opening at the National Portrait Gallery to celebrate the centenary of his death. As well as two new acquisitions showing Beatrix Potter on holiday with her father, “The World of Rupert Potter: Photographs of Beatrix, Millais and Friends” will display portraits taken by Rupert Potter of close family friends, showing the circles within which he socialized and the influence this had on his daughter’s life and work.

A professional lawyer and a keen photographer in his personal time, Rupert Potter (1832-1914) took many carefully posed portraits, particularly during the Potters’ lengthy summer holidays in the Lake District and Scotland, which show his impressive technical skill and aesthetic ability. As a result of his particular interest in portrait photography and, through his friendship with the painter Sir John Everett Millais, Potter began taking photographs of Millais’ sitters and paintings. Millais rated Potter’s photographs so highly that he often used them to assist his working process, such as for his “Rosebery” portrait of William E Gladstone, the second of his four paintings of the prime minister.

Beatrix Potter’s journals from the 1880s and 1890s vividly reveal the influence of her exposure to the art world and the life of a working artist before becoming one herself. She later used photography to aid her work, learning with one of her father’s old cameras. With their mutual interests in art and photography, father and daughter enjoyed a close relationship and despite their closeness being tested in later years, Rupert was a significant influence in Beatrix’s development as an artist and writer. Large numbers of Potter’s photographs survive in several collections, with the earliest dating to the 1860s.

“The World of Rupert Potter: Photographs of Beatrix, Millais and Friends” will feature a carefully selected range of Potter’s photographs from the National Portrait Gallery’s extensive collection of his works, some of which were directly donated to the Gallery by Potter during his lifetime. A larger set of 186 photographs relating to his work for Millais was given to the gallery by Jack Edward Ladeveze, currently trustee of the Enid Linder Foundation, in 1993. Two new acquisitions will be on display for the first time, which show Beatrix Potter on family holidays at two different points in her life. The first of these was taken in 1894, with her father and brother, before she became a published author. The Potter family enjoyed frequent holidays in Scotland and the Lake District, which provided the siblings with the opportunity to explore the surrounding countryside and indulge their interest in animals and natural history, and inspired the illustrated children’s books for which Beatrix became famous.

The second new acquisition was taken in the Lake District in 1906, by which point Beatrix had published eight books, and shows her with the Potters’ family friend, Hardwicke Rawnsley. Rawnsley encouraged Beatrix in her literary ambitions, and as co-founder of the National Trust, his conservationist views deeply influenced Beatrix, which led to her future contributions to the trust. Other portraits on display will include photographs of the painter Sir John Everett Millais in his studio with unfinished paintings as well as portraits of sitters used by Millais for his paintings, including his daughter Effie and statesman John Bright. 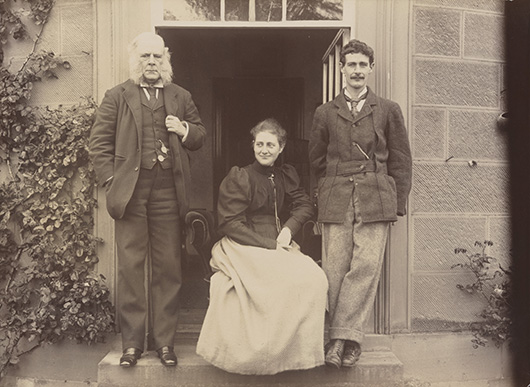 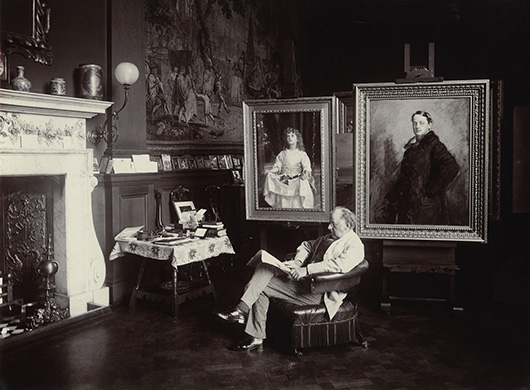