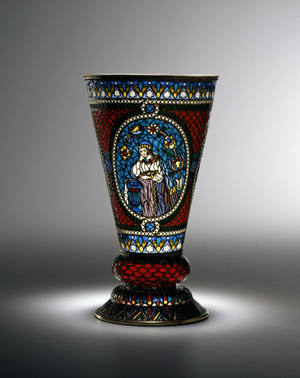 BALTIMORE (AP) – Hundreds of Russian enamels collected over decades by a Washington arts patron have been given to the Walters Art Museum, which said Tuesday that the gift reaffirms its position as a leading center for the study of Russian art.

More than 260 enamels from the 17th through the early 20th centuries are in the collection amassed by Jean M. Riddell, who died last year at the age of 100. The private collection was internationally recognized as the finest of its kind in the United States and also includes important additions to the museum’s holdings of Faberge works, the museum said.

William Johnston, senior curator emeritus at the Walters, said the Baltimore museum is now a major repository of Russian enamels.

“I think you could say it’s one of the major collections,” said Johnston.

The two collections complement each other because the Walters’ existing collection is primarily from the 17th and 18th centuries, while the Riddell collection focuses on the 19th century, particularly more than 40 works by highly regarded enamelist Fedor Ruckert, Johnston said.

Enamels, made by fusing powdered glass onto metal in a kiln, are one of Russia’s most well-known art forms. Enamels can be created in a variety of colors and works can take many forms. Producers included Faberge, which was known for its elaborate egg-shaped artworks incorporating enamel as well as jewels.

Riddell became interested in Russian enamels in 1966 when she inherited several from her husband. She began seriously collecting about 1970, buying through dealers in New York, and through agents at auctions as well as traveling to Europe, Johnston said.

“Even as an old lady, she would put them in her shopping bag and go on to the next place,” Johnston said.

Many of the pieces sold for under $10,000 during the 1970s, but the market for enamels soared in the 1990s as Russia became wealthy, discouraging many collectors, the curator said.

Walters Director Gary Vikan said the late arts patron believed that due to the museum’s existing holdings of Russian art and its commitment to past exhibitions in the field the Walters “would make a great home for her collection.”

Highlights include a filigree enamel tankard inspired by a 17th-century Turkish prototype from the Kremlin Armory and a beaker with a design outlined in metal and filled with colored enamels without a backing, creating a stained glass effect. Twelve pieces are currently on display and the museum said it is developing an exhibition that will open in the spring of 2015 and later go on tour.

Johnston said the Riddell works are mainly from Moscow, which was undergoing a revival of tradition Russian enamel making in the 19th century. The most distinctive method used filigree in which twisted wires rather than flat strips of metal were attached to a silver base to separate the various colored enamels.

“It was characteristic of Moscow enamels in the 17th century, so that’s why they revived it,” Johnston said. “The wire protrudes above the surface and it has a decorative effect.”

Copyright 2011 Associated Press. All rights reserved. This material may not be published, broadcast, rewritten, or distributed. 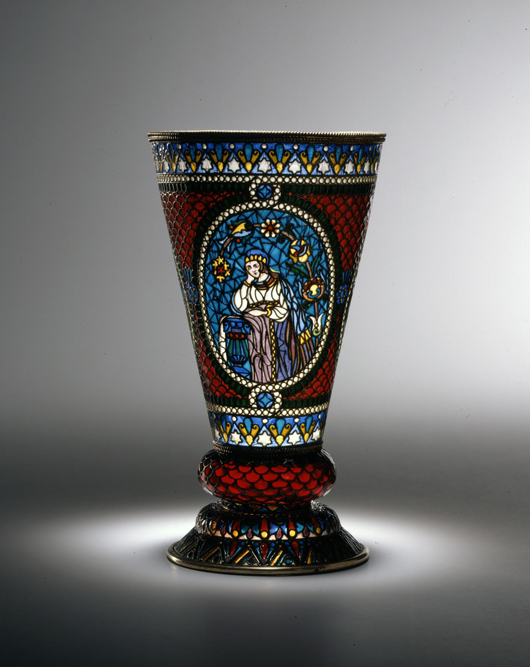 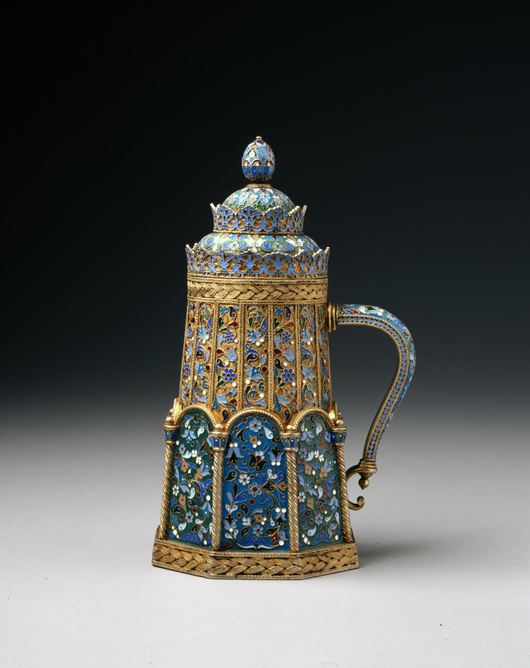 Missouri man gives back $4,000 found in chair at auction

Reading the Streets: ‘When Smoke Gets in Your Eyes’
Scroll to top