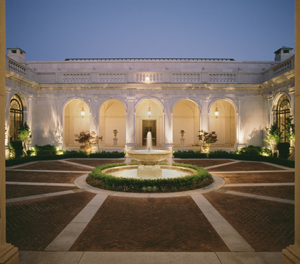 WASHINGTON (AP) – The new “The Nile and Ancient Egypt” show at the Freer Gallery poses an obvious question: What’s an exhibit of Egyptian artifacts doing at one of the two Smithsonian museums of Asian art?

“Most of these objects were collected by Charles Lang Freer himself,” says curator Alexander Nagel, so it makes sense to display them in his eponymous museum. And Freer felt his mission — to help scholars draw connections between great civilizations throughout human history — would be unfulfilled without specimens from Egypt.

A self-made millionaire, Freer retired at age 46 and spent the rest of his life gathering art. Most of it originated in Asia, but he also made three trips to Egypt between 1906 and 1909. He died in 1919, and his collection became the Freer Gallery, which opened in 1923.

While traveling through Egypt by train, sailboat and donkey, Freer brought back about 1,500 objects, most of which are no bigger than a nickel.

Nagel plucked around 20 pieces (plus some larger items) from these multitudes, including jewel-like glass vessels, mosaic tiles and animal-shaped amulets.

Ancient Egyptians believed that the amulets, which came in the shape of crocodiles, hippos and other river creatures, provided the wearer protection and blessings, perhaps because of their close relationship to the Nile’s life-giving waters, Nagel says.

Small cosmetics bottles decorated with wave-like patterns also reflect ancient Egyptians’ deep reverence for the Nile, Nagel says. The curator and his colleagues recently X-rayed these vessels to find clues about ancient glassmaking methods. The shape of the bottles’ interior walls suggests that Egyptian craftsmen used a sandy-clay core to mold the glass, and then dug out the clay once the glass was cool.

Though beautiful, these tiles are fairly common. “Every museum has a few,” he says. That’s perhaps because Freer — a discerning collector of Asian art — was not very schooled in Egyptian antiquities. His purchases include hundreds of underwhelming artifacts (shards of pottery, seed-sized glass beads) and even a few which are clearly fakes.

His occasional credulity can be chalked up to his sheer awe of Egypt. In 1907, Freer told a friend that his hoard would be incomplete without examples of “the greatest art in the world.” 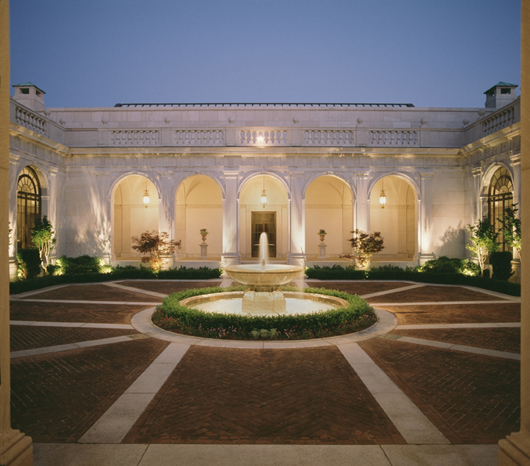 Smithsonian to release images of its Asian art for public use