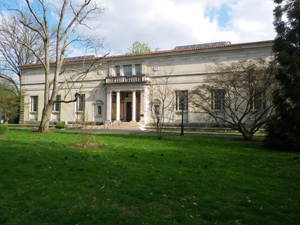 PHILADELPHIA (AFP) – Sparks are flying over plans to relocate a tiny but extraordinary art institute in a leafy suburb of Philadelphia, with critics warning the attempt at modernization will kill the collection’s soul.

At issue is the fate of the Barnes Foundation, which might be considered the world’s biggest small museum.

Certainly the Barnes packs an outsized punch. In a building of just 12,000 square feet, the collections include the world’s largest group of Renoirs, at 181, and, according to organizers, more Cezannes, with 69, than hang in the museums of Paris.

But the real beauty of the Barnes is not just the 1,000 paintings. It’s the quirky, even unique way they have been arranged within the building – an arrangement that fans say would be lost forever if the move to more spacious, up-to-date surroundings takes place.

Plans are to relocate the collection just five miles to a new space near the Philadelphia Museum of Art and the Rodin Museum. In theory the museum will close in July for preparations.

But in one of the most bruising legal battles anywhere in the art world, as aficionados of the current location are doing anything they can to halt the project.

Already the fight has sparked a book, a scathing documentary, and coverage in some of the nation’s largest newspapers. A lawsuit fighting the move has lasted, with some breaks, nearly a decade.

Most recently, the judge overseeing the case, Stanley Ott, has ordered yet another round of arguments over whether to re-open the case – a full seven years after he’d ruled that the move could go ahead.

The battle is as complex as the riches-packed museum itself. On one side, officials from the Barnes say the move is needed to ensure its financial survival.

A new setting, they say, will allow a larger number of people to see the estimated $25 billion collection. Just 450 visitors a day can be accommodated at present and they must make advance reservations to get in.

But opponents say the move will violate the vision of Albert C. Barnes, a pharmaceutical manufacturer who sold his company just before the Great Depression, then amassed his art collection at rock bottom prices.

He built the galleries, designed by French architect Paul Phillippe Cret, to house the paintings, and the way the paintings are hung is so unique, art enthusiasts say, that the foundation itself is a work of art.

“This was a gift by a man who was a total visionary art collector,” said Evelyn Yaari, from Friends of the Barnes Foundation. “If you move it downtown, it is not that gift.”

Certainly the Barnes is unlike any major museum in the world. Henri Matisse, whose largest work, the mural The Dance II, is housed in the foundation, called it “the only sane place to see art in America.”

There are no labels next to the paintings. The pictures themselves are placed inches apart from each other in symmetrical patterns.

Whereas most museums would place all of the works of Impressionists in a single room in chronological order, there is no such order to the works of the Barnes. So European masters are hung next to the works of unnamed Chinese masters.

Albert Barnes intended it to serve as an educational institution, where young painters could practice their crafts by copying the works of other painters. Small objects – metal hinges, keyholes, spoons – hang everywhere, designed to give students a reference to use when copying the painting. Forks are placed upright next to a painting of trees.

“From the moment you hit the ground to the moment you’ve left, it was meant to educate you on how artists think. It shouldn’t be place where you can buy a coffee and go to the gift shop,” said Lance Esplund, an art critic for the Wall Street Journal and other publications who took classes at the foundation in the 1980s.

The institution is no stranger to controversy. Shortly after its founder’s death, a lawsuit over the foundation’s tax status forced it to open its doors to the public. Even then, visitors were limited to about 200 per day.

There have also been fights with neighbors, who in the 1990s objected to tour buses and large crowds in their quiet, wealthy, neighborhood. An ensuing court battle depleted the Barnes’s finances, and pushed it to the brink of insolvency.

Leaders at the Barnes promise that galleries at the proposed site will be exact replicas of the current layout and they are exasperated by the determination of opponents.

“It’s a tremendously complex story,” said Andrew Stewart, marketing director for the Barnes Foundation. “The story has been so misrepresented. When you talk about the will, that’s when the hyperbole starts. It’s difficult to have a rational conversation about it.”

The documentary, The Art of the Steal, probably can claim credit for doing most to galvanize opposition. It uses the pacing and tempo of a spy thriller to allege a massive, decades-long conspiracy aimed at getting the Barnes collection under the control of the local business and political elite with whom Albert Barnes once sparred.

The documentary also helped re-ignite the court battle. In it, Pennsylvania Attorney General Mike Fisher discusses pressure he placed on the leadership of Lincoln University, a small, African-American college that was given a controlling position at the Barnes, as part of the donor’s last wishes, to relinquish control of the Barnes’ board of directors.

Those comments, advocates say, show that Fisher violated his duty to act in the public interest in dealing with public charities. They question how civic leaders have been able to come up with $150 million to build a new home for the foundation, but couldn’t provide the cash to keep the Barnes in its current location.

Lawyers for the Barnes allege that much of what the documentary supposedly uncovered as new was already published in news articles.

However, Sam Stretton, a lawyer for opponents of relocation, said the judge never heard those arguments in court.

Hearings are expected in May and some predict that the whole move could be scrapped. Barnes officials, on the other hand, are confident.

“We’re looking forward to having the new building open, getting all this stuff resolved,” Stewart said. 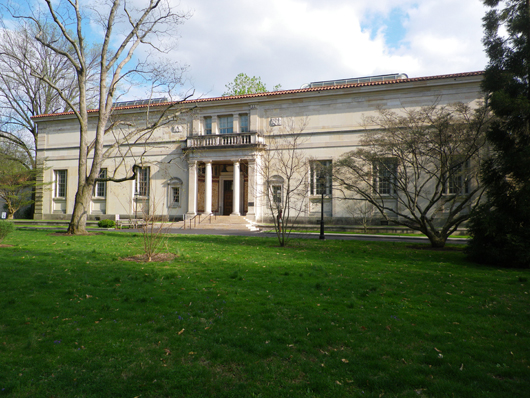