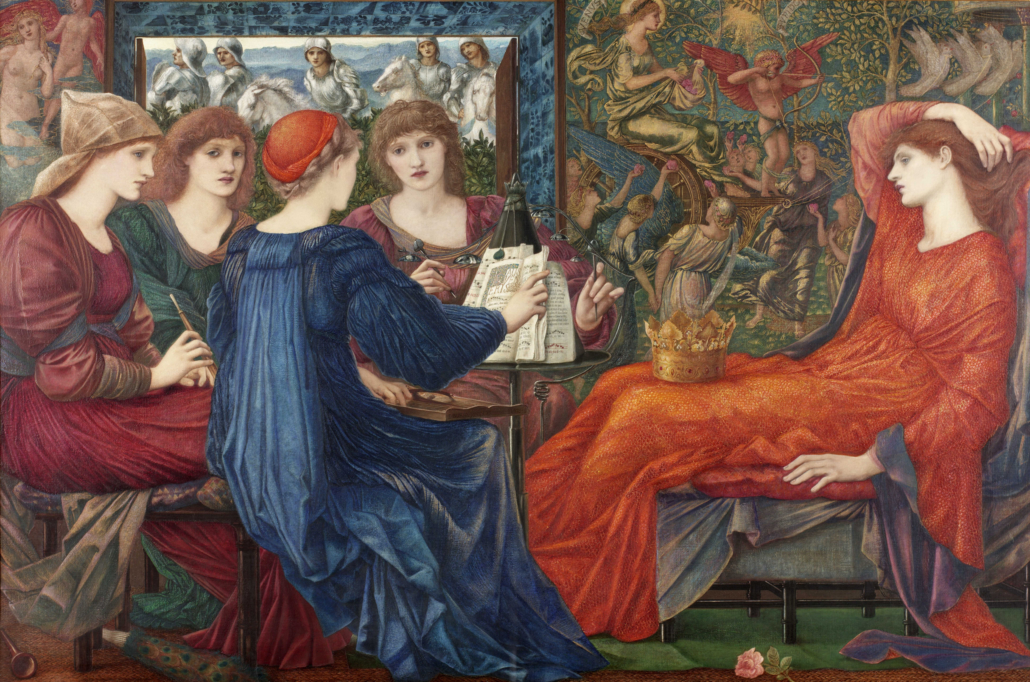 LONDON – Beginning Wednesday, October 24, Tate Britain will present the largest Edward Burne-Jones retrospective to be held in the UK for a generation. Renowned for otherworldly depictions of beauty inspired by myth, legend and the Bible, Edward Burne-Jones (1833–98) was a pioneer of the symbolist movement and the only Pre-Raphaelite to achieve world-wide recognition in his lifetime. This ambitious and wide-ranging exhibition brings together over 150 works in different media including painting, stained glass and tapestry, reasserting him as one of the most influential British artists of the 19th century.

Edward Burne-Jones charts his rise from an outsider of British art to one of the great artists of the European fin de siècle. Burne-Jones rejected Victorian industrial ideals, offering an enchanted parallel universe inhabited by beautiful and melancholy beings. The exhibition brings together all the major works from across his four-decade career, depicting Arthurian knights, Classical heroes and Biblical angels. Spectacular large-scale paintings like Love among the Ruins 1870-73 and The Wheel of Fortune 1883 will show his international impact, including at the 1889 Exposition Universelle when he emerged on the world stage as the leading light of symbolist art. Two rooms dedicated to the artist’s most famous narrative cycles are shown together for the first time. These huge canvases are among his finest and best-loved works, telling the action-packed story of Perseus and the dreamlike fairy tale of Sleeping Beauty.

Burne-Jones’s lack of formal training in fine art allowed him to develop a distinct and highly idiosyncratic approach to painting that bridged the fine and decorative arts. The exhibition opens with a focus on his early career, highlighting his work as a church decorator. Striking examples of stained glass such as The Good Shepherd 1857-61 are presented alongside The Adoration of the Magi 1861, a large-scale altarpiece created for the church of St Paul’s in Brighton. Considered one of the greatest draughtsmen of the 19th century, Burne-Jones’s remarkable drawings such as Desiderium 1873 are also showcased to demonstrate his sensitive and personal response to Renaissance Old Masters.

Familiar faces populate Burne-Jones’s otherwise imaginary worlds, drawn from the artist’s intimate circle of family and friends. Several of these figures feature in a section of the exhibition highlighting Burne-Jones’s unique approach to portraiture. His paintings of Amy Gaskell 1893 and Lady Windsor 1893-95 stand in contrast to the fashionable society portraits of the day, presenting idealized likenesses with stark minimal compositions and a restrained color palette.

Tate Britain also explores the key role of the decorative arts in Burne-Jones’s career, including his long working relationship with William Morris. Both men were committed to social reform and intended their collaborative work to reach a broad audience through beauty of design and execution. The dazzling Graham Piano 1879-80 is displayed alongside embroideries, illustrated books and spectacular large-scale tapestries like The Arming and Departure of the Knights of the Round Table on the Quest for the Holy Grail 1890-1894 and Adoration of the Magi 1894.

Edward Burne-Jones is curated by Alison Smith, Chief Curator, National Portrait Gallery and Tim Batchelor, Assistant Curator, Tate Britain. The exhibition is accompanied by a catalog from Tate Publishing and a program of talks and events in the gallery.