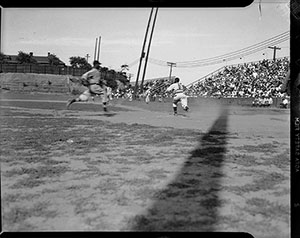 The “Baseball in Pittsburgh” exhibit opened Saturday and runs through Sept. 22. It includes 25 pictures and 650 more are available for online viewing.

Harris photographed legendary players such as Jackie Robinson but also captured fans of the era and even youth league hopefuls.

“It wasn’t just famous people. It was ordinary people, women,” said guest curator Sean Gibson, the great-grandson of Negro League slugger Josh Gibson, who was voted into the baseball Hall of Fame even though he never played in the majors.

One picture in the exhibit shows players in the dugout and the nearby fans.

“These fans here, they’re in their nice Sunday-best outfits. So it was like an outing for them, a date. You don’t see fans like that nowadays,” Gibson said.

Before Robinson broke baseball’s color barrier in 1947, talented black players had been limited to the Negro League, which began informally in the mid-1800s and reached its heyday from the 1920s to the 1940s. Players such as Satchel Paige, Cool Papa Bell and Gibson barnstormed the country and competed in the Negro League World Series.

Louise Lippincott, head of the Harris archive at the museum, notes that Charles “Teenie” Harris had a photographic mission to go beyond the obvious or sensational to capture the essence of daily African-American life in the 20th century.

“Teenie was an extraordinary documentary photographer with a great artistic eye,” Lippincott said.

Harris helped start the Negro League’s Crawford Colored Giants and played shortstop for a time, but he found his calling as a photographer at the Pittsburgh Courier, a black paper which was distributed nationwide via a network of Pullman train porters. Through the paper, Harris had endless opportunities to chronicle daily life and meet famous and powerful people.

Gibson noted that Harris photographed people of all races. There’s a shot of Dominican Horacio Martinez, who played for the New York Cubans, leaping in the air over third base, another of the Rangerettes women softball team and one from the mid-1950s showing young players smiling, arms around one another’s shoulders.

Gibson said he included a picture of Boston Red Sox hitter Ted Williams and Cuban great Minnie Minoso, partly to honor how Williams spoke out for Negro League stars when he was inducted into the Hall of Fame in 1966.

“I hope someday Satchel Paige and Josh Gibson will be voted into the Hall of Fame as symbols of the great Negro players who are not here only because they weren’t given the chance,” Williams said at his induction. 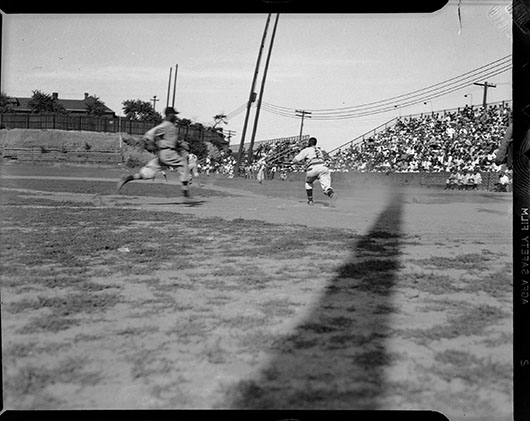 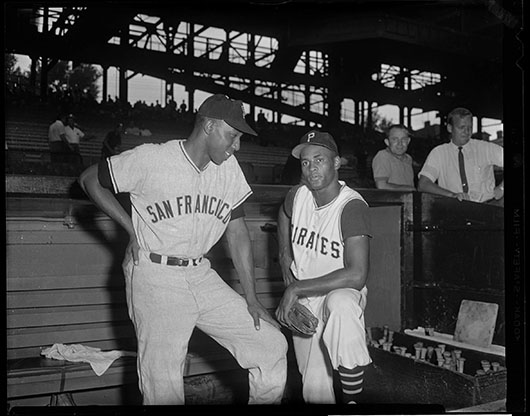 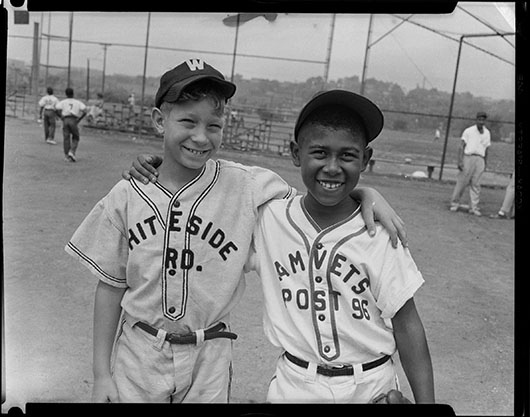