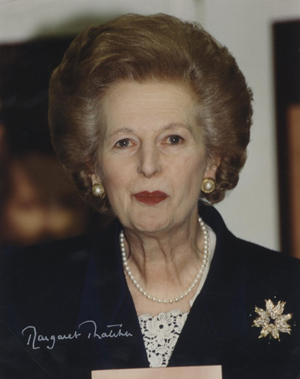 LONDON – Admirers of late British prime minister Margaret Thatcher are planning to create a new library and museum in London to celebrate her legacy and shape the future of conservative politics.

Backers revealed late Saturday that they aim to raise £15 million ($23 million, 18 million euros) in private funding for the new institution, where visitors would be able to see artifacts including Thatcher’s famous handbags and trademark blue skirt-suits.

Britain’s only female prime minister, who was in power between 1979 and 1990, died at the Ritz Hotel in London on Monday after suffering a stroke. She was 87.

The planned library is based on the Ronald Reagan Presidential Foundation and Library in California, which houses millions of documents, photographs and artifacts from the former U.S. president’s time in power.

“The center will be a place for scholars, students and tourists alike tocome and learn about the remarkable life, the unique achievements and the core values of Margaret Thatcher,” said Ben Elliot, chairman of the project’s trustees.

The death of the Iron Lady, the longest-ruling British premier of the 20th century, has sparked fierce debate about her legacy.

Admirers say she helped to end the Cold War and rescued the British economy after years of decline.

But critics accuse her of wrecking communities and putting millions out of work with her radical free-market reforms.

On Saturday night hundreds of her opponents filled London’s Trafalgar Square to celebrate her death.

The library is believed to have the support of at least three cabinet ministers in the current Conservative-led government of Prime Minister David Cameron, as well as key political figures from the 1980s.

The campaign is being led by the right-wing group Conservative Way Forward (CWF), which was set up by Thatcher’s supporters in 1991 after she was dramatically forced out of office by her own party.

CWF said several “large donations” had already been pledged and negotiations were under way for the purchase of a site near Westminster, the political heart of the capital.

Fundraising will formally begin after Thatcher’s high-profile funeral in London on Wednesday. The ceremony at St. Paul’s Cathedral is due to be attended by more than 2,000 global political leaders and celebrities as well as friends, family and former colleagues.

CWF’s chief executive Donal Blaney came up with the idea for a museum in 2009 and Thatcher was fully briefed about the project in her final years.

But the library is likely to prove controversial even among Conservative circles as not even World War II premier Winston Churchill has been honored in a similar way.

Cameron on Thursday called for “time to reflect” before deciding on themost fitting way to honor Thatcher’s memory.

He said there would eventually be many monuments to the “extraordinaryleader” and did not rule out a proposal by London mayor Boris Johnson to erect a statue in Trafalgar Square. 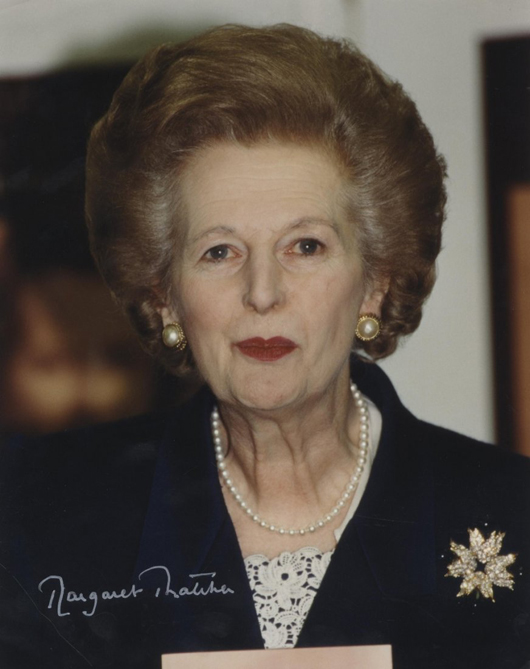