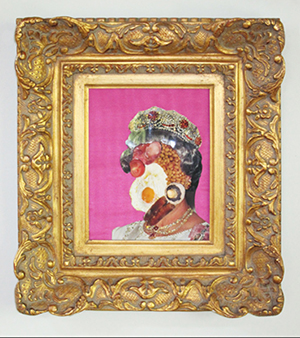 Genesis Breyer P-Orridge, ‘English Breakfast,’ 2009, from the artist’s first solo exhibition titled S/he Is Her/e, currently on at The Warhol in Pittsburgh. Image courtesy of The Warhol.

PITTSBURGH – Fun in the sun is a familiar theme in advertising. So trust The Andy Warhol Museum to embrace a funny, darker side.

“Summer’s Different Here” is the theme of a new campaign that takes carefree, iconic images and gives them an uncomfortable twist.

“The Warhol is famous — or infamous, depending on the word you choose — for pushing people in a way so as not to provoke, necessarily, but open minds,” said Eric Shiner, director of The Warhol.

“They start to think about things and realities in a very different way.”

How different? The Pittsburgh Post-Gazette ran a print ad two days ago featuring what appeared to be a hot dog on a bun. Even topped with a squiggle of bright, yellow mustard, there was something not quite right.

Yes, the photo features a hefty tangle of worms.

“We wanted to make people [say] ‘This is something that I associate with the good feelings in summer, and you’ve done something to it that’s going to make me pause or step back and really look at it,’ ” said Josh Blasingame, creative director at MARC USA, the ad agency behind the campaign.

Six different images were rolled out, appearing in regional newspaper and other print ads, on the sides of Port Authority shelters and, eventually, on billboards. A large animated digital display will be at Pittsburgh International Airport at some point during the three-month run.

Postcards bearing the images and the slogan “Must Be Summer at The Warhol” in the classic font of old beach-town advertisements have been printed, and other print and digital spotlights are scheduled for Cleveland, Columbus, Philadelphia and Washington, D.C.

Their exhibits, as well as the advertisements, will be here until mid-September.

Work on “Summer at the Warhol” began in earnest a couple of months ago, with creative types from the museum brainstorming with MARC USA. Four possible campaigns were discussed before settling on the idea of giving a warped little spin to Americana.

Mr. Blasingame said 50 to 60 summer icons were considered, and that simplicity was a byword. For example, the creators considered using a Pirates theme with baseball, or something along the lines of a Primanti Bros. stacked sandwich.

“It started to get too complicated. Our whole goal was to keep the message as simple as possible and let our readers ‘get it,’ ” Mr. Blasingame said.

So far, it appears they have.

“We’ve been getting positive feedback on our social media sites and I think we received only one call from one unnamed source with the ‘HOW COULD YOU?’ ” Mr. Shiner said.

Other images are a bit more visceral than the “hot dog.” They are: a young woman with a beach-ball gag in her mouth, a man’s feet encased in barbwire sandals, a man wearing a tiny swimsuit made of firecrackers (the fuse is lit) and, possibly most cringeworthy, a man standing next to a grill, his chest nipple pierced with a barbecue skewer.

“The barbecue shish kabob is the one that got me,” Mr. Shiner said, laughing.

“Our goal is never to offend. [The ads are] here to make people laugh and to really celebrate the fact that we are here in Pittsburgh. We are an alternative organization and we do things differently, and I think that’s important to stress,” Mr. Shiner said.

His hometown of Pittsburgh is not a conservative haven, he added: “I think it’s [populated by] incredibly open-minded people and it has a really great and somewhat dark sense of humor.”

The museum is “always thinking about how to take what might be viewed as an anomaly in society and make that become closer to becoming a paradigm, just like Warhol himself.”

Visit The Warhol online at http://www.warhol.org 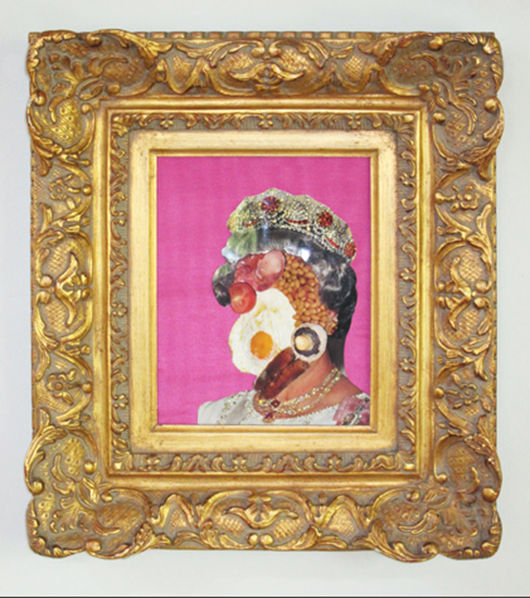 Genesis Breyer P-Orridge, ‘English Breakfast,’ 2009, from the artist’s first solo exhibition titled S/he Is Her/e, currently on at The Warhol in Pittsburgh. Image courtesy of The Warhol. 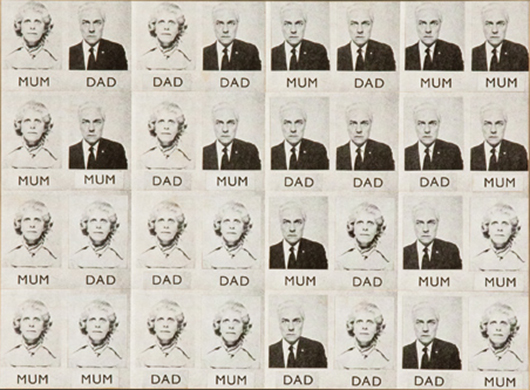 Genesis Breyer P-Orridge, ‘Mum & Dad, 1971,’ from the artist’s first solo exhibition titled S/he Is Her/e, currently on at The Warhol in Pittsburgh. Image courtesy of The Warhol.