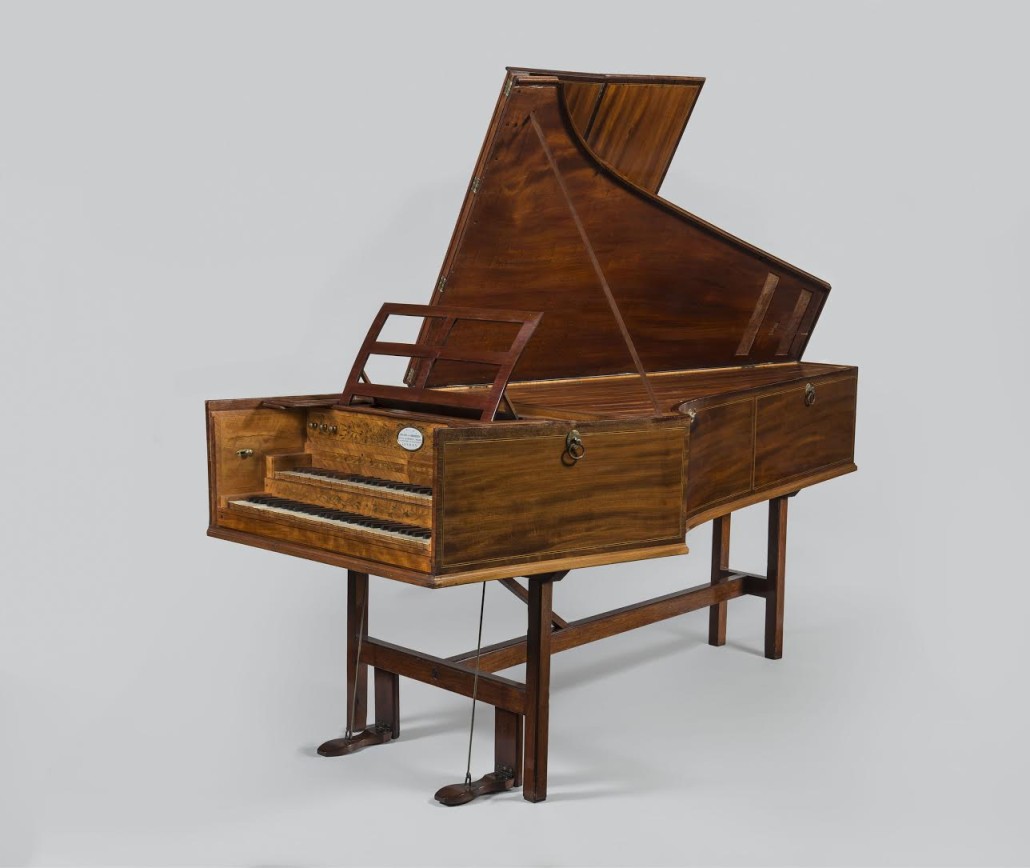 WILLIAMSBURG, Va. – Since its opening in November 2012, nearly three-quarters of a million visitors have enjoyed “Changing Keys: Keyboard Instruments for America, 1700-1830” at the DeWitt Wallace Decorative Arts Museum at Colonial Williamsburg. The exhibition features 28 organs, harpsichords and pianos. On Sept. 3 three important keyboard instruments will be added to the exhibit.

The additions are two “organized pianos” (as they were called in the period to describe pianos in which ranks of organ pipes are also playable from the same keyboard); one of which is the only surviving organized upright grand piano and at 9-feet tall and 7-feet wide was thought to be the largest and most complex domestic musical instrument in America when it arrived in Williamsburg from London in 1799. Also to be incorporated into the exhibition and on loan from George Washington’s Mount Vernon, is the harpsichord that the first president ordered for his step-granddaughter, which she played at his plantation home. The exhibition will remain on view through Dec. 31, 2017.

“Changing Keys has proven to be one of the most popular exhibitions presently on view at the Art Museums,” said Ronald L. Hurst, the Foundation’s Carlisle H. Humelsine chief curator and vice president for collections, conservation and museums. “Our guests are drawn by the beauty of the instruments, the ability to hear the music they produced, and the exploration of evolving musical technology in the eighteenth and early nineteenth centuries. The addition of three large and highly important keyboards to this already impressive assembly will only add to the appeal.” 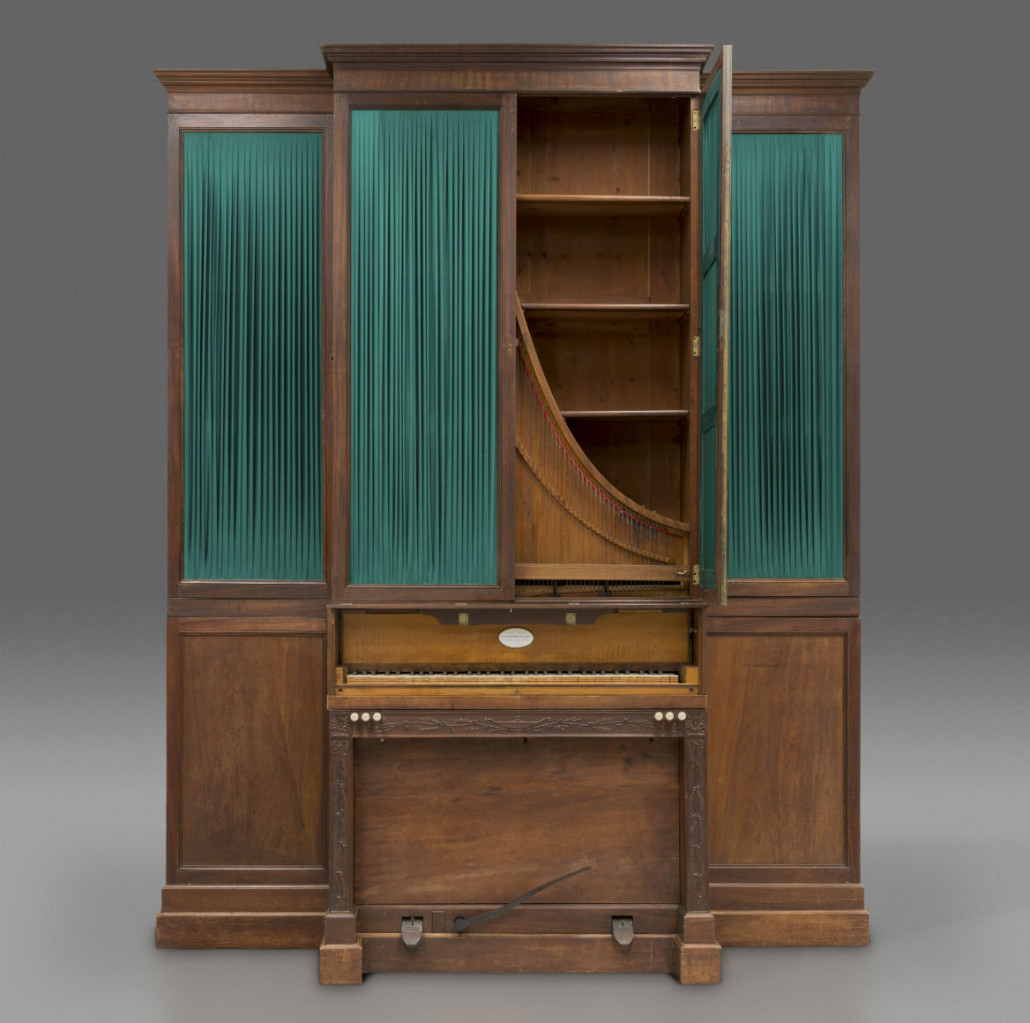 The types of instruments shown in “Changing Keys”—harpsichords, spinets, pianos (square, upright and grand) and organs—were daily fixtures in the social life of 18th-century Virginia where Thomas Jefferson, George Washington, Patrick Henry and other future founders of the new nation were among the representatives in Virginia’s House of Burgesses. Williamsburg, the capital of Virginia then, was one of America’s principal cultural centers, and music and dance were considered necessities. The second-known public performance on a piano in America took place there in 1771 at Raleigh Tavern.

As its title suggests, “Changing Keys” traces the evolution of keyboard instruments until the advent of iron framing, which would launch the technological transformations that produced the modern piano. The transition from harpsichord to piano and the accompanying shift in taste during the period is featured, as well as the beginnings of the American musical instrument industry that eventually broke England’s monopoly on their manufacture. The title also refers to the way individual instruments were changed over their long history of use.

The three keyboards to be added to “Changing Keys” in September are each exceptional examples. The organized upright grand piano has completed three years of restorative conservation in the Colonial Williamsburg conservation labs and is now playable for the first time since the mid- 1800s. Made in 1799 in London, the instrument combines a grand piano standing vertically with a six-stop organ of 265 pipes, all playable from a single keyboard. By comparison, the other organized square piano to be installed is the smaller and more “ordinary” type that was occasionally advertised by makers and dealers in the late 18th and early 19th centuries. The piano portion (made c. 1801 by William Rolfe of London) is the common type of piano in a period when square pianos outnumbered grand pianos 50 to 1. In 1803, while the instrument was still brand new, John Sellers, an instrument maker in Germantown, Pennsylvania, “organized” the piano, adding two stops of organ pipes. This visually attractive example has gilded facade pipes, green silk panels and a floral-painted name board.

The Mount Vernon harpsichord to be featured in “Changing Keys” was acquired in 1793 by George Washington for his step grand-daughter, fourteen-year-old Eleanor (“Nelly”) Parke Custis, who he and Martha raised as their own. The instrument arrived at the executive mansion in Philadelphia around the midpoint of Washington’s presidency and moved with the family when they returned to Mount Vernon. Even without its association with George Washington, however, the instrument is remarkable in important ways. Made during the final years before pianos finally replaced harpsichords as the stringed keyboard of choice, the instrument is remarkably well preserved. It also shows how sophisticated the largest harpsichords had become by the end of the instrument’s heyday: the Mount Vernon example’s many gadgets for changing the sound were efforts to keep up with changing tastes.