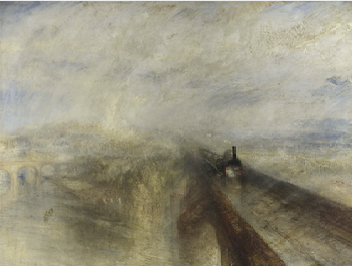 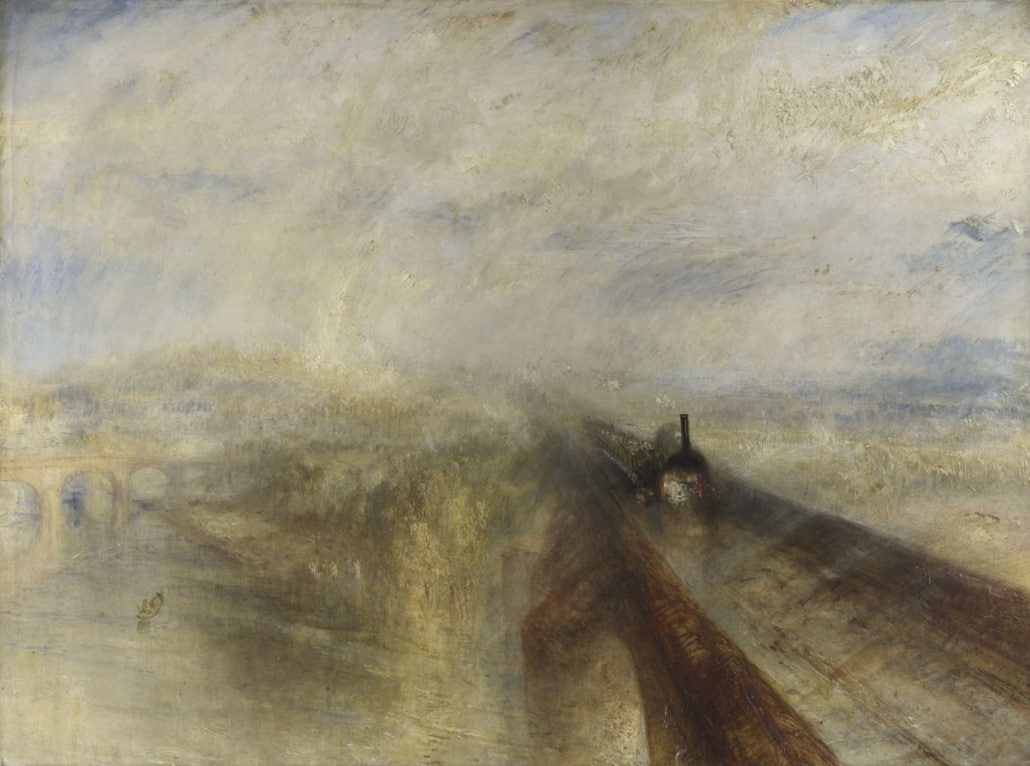 LONDON – On October 28, Tate Britain will open a landmark exhibition dedicated to JMW Turner (1775-1851), exploring what it meant to be a modern artist during his lifetime. Turner’s Modern World reveals how Britain’s greatest landscape painter found new ways to capture the momentous events of his day, from technology’s impact on the natural world to the dizzying effects of modernization on society. The exhibition brings together 150 key works, including major loans as well as paintings and rarely seen drawings from the rich holdings of Tate’s collection.

Turner lived through turbulent times. Britain was at war for much of his life, while revolutions and independence struggles took place around the world. He witnessed the explosion of finance capitalism as well as the transition from sail to steam and from manpower to mechanization. Political reform as well as scientific and cultural advances transformed society and shaped the modern world. Living and working at the peak of the industrial revolution, Turner faced up to these new challenges when many other artists did not. Starting in the 1790s when Turner first observed contemporary life as a young painter, the exhibition explores his fascination for industry and infrastructure as new elements of Britain’s landscape.

Two decades of conflict with France through the French Revolutionary and Napoleonic Wars introduced another key dynamic to Turner’s work. He directly engaged with war in paintings such as The Battle of Trafalgar 1806-8 and Field of Waterloo 1818, but also depicted aspects of life and work in Britain before, during and after conflict. The exhibition presents his recollections of wartime at home and his reflections on the reputations of Nelson, Napoleon and Wellington as well as on ordinary soldiers and civilians.

The exhibition also reflects on Turner’s interest in social reform, especially his changing attitudes towards politics, labour and slavery. These include liberal and humanitarian causes such as Greek independence from Ottoman Turkey, the 1832 Reform Act and the abolition movement. Key works such as The Burning of the Houses of Lords and Commons 1835 show his engagement with political events of the day, while A Disaster at Sea 1835 and Wreck of a Transport Ship c. 1801 are ambitious depictions of maritime catastrophes.

The final section of the exhibition focuses on Turner’s pioneering treatment of steam technology, presenting Turner’s late style as a means by which the artist sought to develop a visual language fit for the modern world. Though alarming to his contemporaries, Turner’s late work is now appreciated as an eloquent response to the dizzying pace of change witnessed during his lifetime. The exhibition explores how Turner followed his early interest in industrial advances through to the 1840s when, alone among his fellow artists, he made steam-boats and railways the subjects of major exhibition paintings. Key works include Snow Storm 1842 as well as The Fighting ‘Téméraire’ 1839 and Rain, Steam and Speed 1844 on rare loan from the National Gallery. The Fighting ‘Téméraire’ will be shown alongside its preparatory sketch for the very first time in the exhibition.