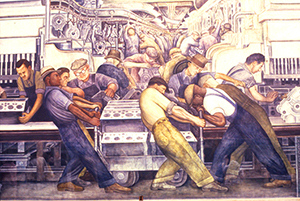 WASHINGTON (AFP) – The Detroit Institute of Arts said Monday that the three largest US automakers have pledged $26 million to save bankrupt Detroit’s world-class collection of art for the public.

General Motors and Ford Motor pledged $10 million each while Chrysler, smaller than the other two, pledged $6 million to help the DIA avoid having to sell off paintings by Degas, Cezanne and others to pay the city’s debts.

The money from the Detroit Big Three will go toward the $100 million the institute committed to raise in an agreement with mediators of the city’s “grand bargain” bankruptcy restructuring.

“This exemplary leadership, along with that of other donors yet to participate in this critically important initiative, will provide the additional momentum and excitement necessary for the DIA to satisfy its $100 million grand bargain pledge,” said Eugene Gargaro, DIA board chairman, in a statement.

The museum’s collection has been eyed as a treasure chest to be plundered to help get Detroit back on its feet after it filed for bankruptcy protection in July 2013, buried under $18 billion in debt, in the largest municipal bankruptcy in U.S. history.

Some creditors proposed that the art should be sold off to help repay them.

But residents of the city, its economy deeply damaged by decades of population loss and urban blight, opposed selling any of the art works.

The contribution of the automakers puts the museum a step closer to saving a collection of more than 60,000 works – including paintings by Degas, Cezanne, Matisse and Diego Rivera’s Detroit Industry frescos.

As part of the agreement with creditors, Detroit would transfer ownership of the collection to the private nonprofit corporation currently operating it, Detroit Institute of Arts Inc.

“Preserving the integrity of Detroit and one of its most beloved and historic pillars is of the utmost importance to GM and the GM Foundation,” said Mark Reuss, vice president of GM.

“We are longtime supporters of the DIA and pledge our help to keep it an integral part of our community.”

The automakers since then have seen sales rebound in recent years as the economy recovers from the severe 2008-2009 recession. 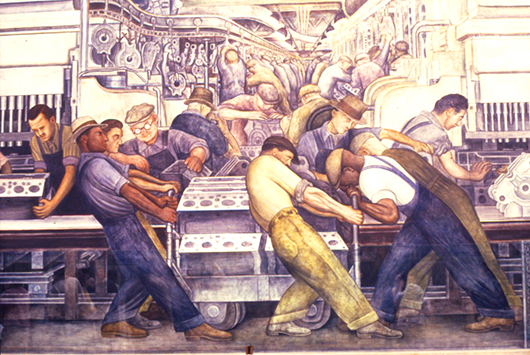