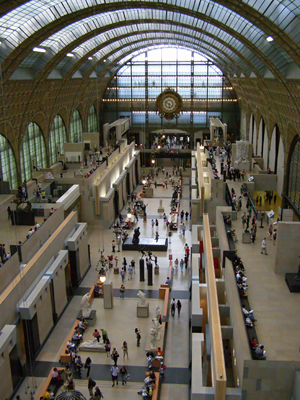 The interior of Musee d’Orsay, a former railroad station in Paris. Image by Krzysztof Mizera, courtesy of Wikimedia Commons.

PARIS (AFP) – France’s culture minister has demanded an explanation from the Musee d’Orsay after a family visiting as guests of an anti-poverty group were asked to leave because snooty fellow visitors complained that they smelled.

ATD-Quart Monde, who had treated the hard-up couple and their 12-year-old child to a tour of the museum on Saturday, described the family’s ejection from the celebrated museum as blatant discrimination.

“It shows what the poorest people have to put up with on a daily basis,” said the organization’s spokeswoman, Typhaine Cornacchiari. “When poverty is written on your face you do not get treated the same way.

“Women who stink of perfume don’t get asked to leave. No one calls security when you see people pontificating in front of paintings.”

According to Cornacchiari, the family was first asked to leave a room dedicated to the works of Van Gogh after being told “their smell was bothering other visitors.”

The family moved to a less crowded space but were shortly approached by four security guards who surrounded them and escorted them to the exit.

“There was no scene because our volunteer did not want to add to the humiliation of the family,” Cornacchiari added.

The museum’s director has been asked to send a detailed account of what happened to Culture Minister Aurelie Filippetti, a statement from her ministry said.

There was no immediate reaction from the museum. 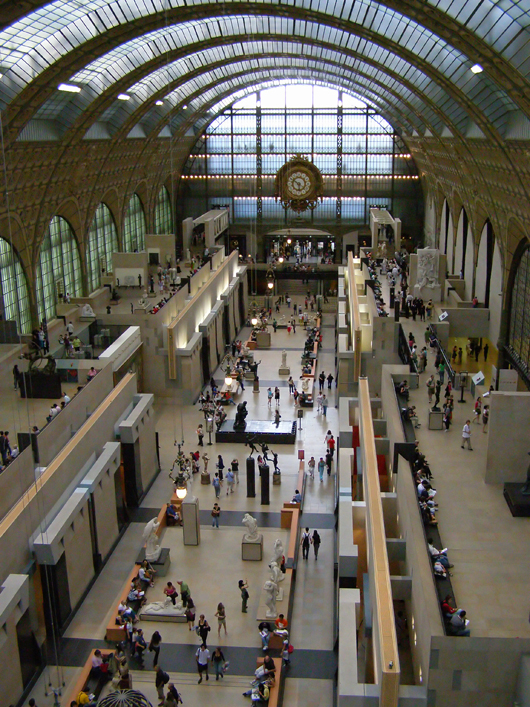 The interior of Musee d’Orsay, a former railroad station in Paris. Image by Krzysztof Mizera, courtesy of Wikimedia Commons.